Hike for your life, Far from Men

01/09/2014 - VENICE 2014: This French western set against the backdrop of the Algerian Revolution rolls out the Venice competition’s red carpet for Viggo Mortensen, Reda Kateb and David Oelhoffen

Following his feature debut (Nos retrouvailles [+see also:
film review
trailer
film profile], 2007), which was selected at the Cannes Critics’ Week, David Oelhoffen has kept a low profile. It has taken seven years for the French writer-director’s second feature to hit screens, in competition at the 71st Venice Film Festival. Far from Men [+see also:
trailer
film profile] is a road movie without a road, a moral western whose action takes place in Algeria in 1954, in the midst of the revolution. Daru (Viggo Mortensen speaking impeccable French), the son of Spanish settlers, yearns for an uncomplicated life that he can devote to teaching. In his small, isolated school, he teaches his young Arabic students to read and write in French. This “school without any French” is not particularly popular with the occupying forces. One fine morning, the police entrust Mohammed (Reda Kateb) to him, a prisoner who is accused of murdering his cousin. Daru is tasked with escorting him to the city, one day’s hike across the desert, towards his trial and his certain death. Daru refuses the assignment, but when his prisoner refuses to be set free and begs him to take him to be judged, the two men set off down a path threatened by the rebels, local blood feuds and the French Army.

With its elegantly classic craftsmanship, Far from Men is a solid piece of work boasting magnificent cinematography by Guillaume Deffontaines, which offers a perfect portrayal of the arid climate that the film so depends on. The excellent score by Nick Cave and Warren Ellis strengthens the movie’s western angle. Furthermore, the story has a subtle hint of 3:10 to Yuma about it and is loosely based on The Guest, a short story by Albert Camus. It focuses mainly on the exploration of the two characters, the relationship that develops between them and their moral motivations. Daru is a solitary man who finds it hard to feel at home in a country where he is not liked by the French and where he is hated by the Arabs, who associate him with the occupation. “For the French, we were Arabs. For the Arabs, we are French,” he explains as he talks about his Andalusian heritage. Viggo Mortensen perfectly embodies the dignity of his character and the military rigour of a man of principle who has dedicated his life to a cause that is now being taken away from him. On the other hand, Reda Ketab oozes the authenticity of a man who is devoid of prospects and who is giving his life for his loved ones. In order to give this stranger a future, Daru must kiss goodbye to his own. The country is changing hands, and his position has become uncertain, but Daru is a fair man who has a great sense of vocation. Whatever becomes of him, the viewer knows that he will always make the “right” decisions.

Far from Men is also a postcard from a pivotal period in Algerian history. The film provides some of the keys to understanding the revolution and does not stigmatise either of the cultures, however different they may be. Its austere setting reinforces the hostility of the region, juxtaposing it with the empathy that is built up between the two characters. In an atmosphere heavy with death, this relationship reminds us of the miracle of life, and the process of transferring the zest for life from one person to another. When they are skilfully directed, morals also form part of the great lessons that cinema can teach.

more about: Far From Men

Animated feature debut I Lost My Body to screen at Cannes

The film by Jérémy Clapin, co-written by Guillaume Laurant, will be world-premiered in the Cannes Critics’ Week; the Xilam production is being sold by Charades

“There is nothing romantic about a criminal life”

VENICE 2018: Returning to the Lido with the thriller Close Enemies, French director David Oelhoffen flirts with the genre but ultimately chooses to keep things real

The two actors will topline the next film by Olivier Nakache and Éric Toledano, produced by Quad and Ten Films, and sold by Gaumont

Principal photography about to commence on David Oelhoffen’s Close Enemies

UniFrance banks on Spain and Italy

Being 14 continues its adventures at Tribeca 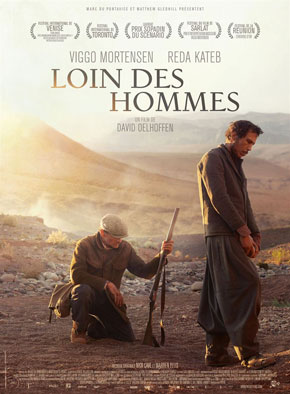