SAN SEBASTIÁN 2014 Out of competition

Surprise, wonder and uncertainty: three effects brought about by the news that the intense auteur director of The Damned, The Clay Diaries and The Legend of Time, Isaki Lacuesta, who triumphed three years ago at the San Sebastian Film Festival with The Double Steps [+see also:
film review
trailer
film profile], was going to film a comedy… about the crisis. This last point of info, referring to the plot, might lead us to believe that this wasn’t going to be such a gag after all, but we’d be mistaken - Dying Beyond Their Means [+see also:
trailer
interview: Isaki Lacuesta
film profile] is a fully-fledged roller-coaster.

This means it should be watched without prejudice, by letting oneself go to its excesses and enjoying it as a show of violent clowns, destroyers and madmen, nonetheless, with a cause: because they are all, like us, victims of the crisis that’s ruthlessly destroying us. Already from the title, which pays tribute to westerns whilst at the same time making a joke with one of the arguments most used to explain the economic meltdown, we gather that this film is not to be taken seriously… at first glance at least. Because beneath all of the confusion there’s a lot of criticism of a world that has gone astray.

The protagonists of the movie also went astray one day and can no longer find their way: the five end up in jail for their sins, trying to do justice for the rotten luck they’ve had. From a middle-class father to a tattooed drug addict. There, behind bars, they will experience something which could bring order to the chaos that we live in: in short, they have nothing to lose.

Lacuesta, who adores his characters, narrates, on the basis of continuous time-shifts, how each of them ended up in prison. The grotesque tone is achieved in part by the complete dedication of actors like Jordi Vilches, Julián Villagránand, especially, singer Albert Pla, creator of the brilliant soundtrack – in which a cover version of the theme song for the Japanese cartoon series Marco stands out, illustrating the wild gags of a circus that opts for excess as a weapon against a society that has gone to the dogs.

Filmed over two years to allow for shooting during free slots in the agendas of eminent actors such as Imanol Arias, José Coronado, Eduard Fernández, Carmen Machi and Bárbara Lennie, among many other leading stars, the film – produced by Versus Entertainment, Alicorn Films, Sentido Films and La Termita Films, by Lacuesta and his colleague Isa Campo – brings resounding laughter in its first half, gradually reveals the background of each character and portrays a modern western air, however, it ends up exhausting its critique against everyone – a critique in which not even the 15M movement is spared – when the third act rolls in and its antiheroes carry out their plan together.

But before that we’re left with outrageous tributes to movies like One Flew Over the Cuckoo’s Nest and Apocalypse Now, among others, a black comedy performance, a wild portrait of corrupt Spain and an flat out ludicrous show: a perfect roller-coaster at the hands of an unclassifiable, daring and surprising director like Isaki Lacuesta.

more about: Dying Beyond Their Means

Isaki Lacuesta caused some controversy at San Sebastián with his new film, the devastatingly critical Dying Beyond Their Means

“We’ve been working together our entire lives”

Isa Campo and Isaki Lacuesta try their hand at a psychological thriller in their new venture, The Next Skin, a Spanish-Swiss co-production starring Emma Suárez, Álex Monner and Bruno Todeschini

To Steal From a Thief: Those who can, save themselves!

Daniel Calparsoro signs off on a spectacular film which, as well as being entertaining, tackles the ethical rottenness of our society, in which everyone, not just the powerful, are victims

In May, the shoot will kick off in Galicia for María (y los demás), the feature debut by the Barcelona-born filmmaker, starring the winner of the Goya Award for Best Actress

San Sebastián shows off its Spanish side

Alberto Rodríguez, Carlos Vermut, Isaki Lacuesta, Icíar Bollaín and Borja Cobeaga will be presenting their new films at the 62nd edition of the Spanish festival 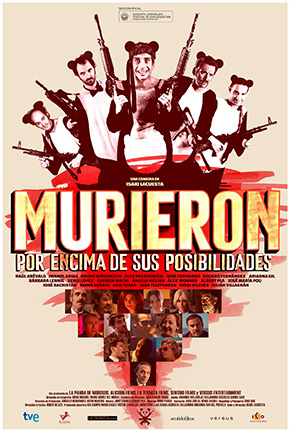 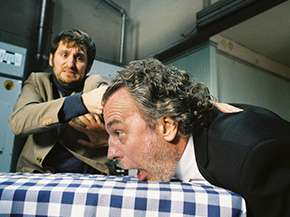 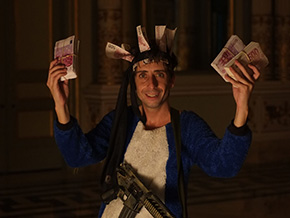 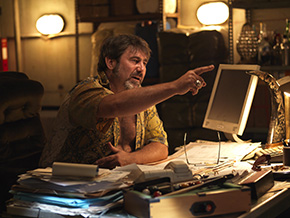