Kertu (Ursula Ratasepp) is a girl who is different to other people in her village. Extremely fearful and shy, she keeps to herself, and so the word around the village is that she is a simpleton. One day, Kertu falls in love with the village drunk, Villu (Mait Malmsten). Villu, being an alcoholic, and Kertu, with her timid personality, are both outcasts of society. When they start talking one night at the village party, they are pleasantly surprised to find comfort in each other’s company. Villu seems to be the only one who sees Kertu as a normal person, while Kertu is the only one who doesn’t see Villu as a mere drunkard. They spend a happy night together, but that is all they get – the next day, Kertu’s family is convinced that Villu took advantage of their daughter, even though the girl refuses to press charges against him. But little attention is paid to Kertu’s opinion. For her family, the concept of the two being together is just too incomprehensible – how could a simpleton girl know what’s good for her? Why should the village drunk be trusted? The couple is torn apart, and a struggle begins for the two lovers to make their voices heard.

Set to be screened in the CinEast Festival’s Cinéscope programme, Ilmar Raag’s Love Is Blind [+see also:
trailer
film profile] boasts the performances of some truly skilful actors. Ratasepp portrays her character in a subtle and genuinely delicate way, showing the viewer that hidden under even the most fragile exterior can lie a strong-willed woman. Equally interesting to watch is Malmsten’s Villu – a drunken womaniser who, with the help of Kertu, discovers his tender and sensitive side, but doesn’t really know what to do with it.

Not only are the main characters exciting to watch, but there are also some very impressive performances from the main characters’ mothers. Kertu’s mum, played by Külliki Saldre, is torn between doing what is best for her daughter and submitting to the will of her violent husband, while Villu’s mother (Leila Säälik) gives a strong portrayal of a woman who loves and believes in her son, despite him being a criminal in the eyes of the rest of the villagers.

As the title of the movie highlights, love truly is blind, and with this film, director Raag gently cautions us to never forget it. Indeed, even social outcasts like a simpleton and a drunk deserve the right to make their own decisions.

more about: Love Is Blind

The funding, which totals over €4.5 million, will serve to support the upcoming projects by Mika Kaurismäki, J-P Valkeapää and Ilmar Raag, among others

Estonian feature screens for the first time at Tribeca

Miracle triumphs in Arras and Harmony Lessons in Amiens

Very rich menu with 9 titles in competition, 18 avant-premières and the sections "Visions of the East", "European Discoveries" and "World Cinemas”

Unspooling between October 30-November 3, the largest festival for Nordic and Baltic cinema outside Scandinavia awarded Norwegian director Iram Haq’s I Am Yours and Danish director Michael Noer’s... 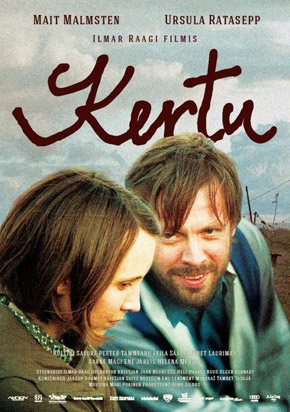