10/10/2014 - The second film by Sergio Caballero, screened in Sitges, puts the viewer on the edge of indignation or praise

A voice-over in Russian tells us the origin of what we are going to be watching during the ensuing eighty minutes of The Distance [+see also:
trailer
film profile], the second feature by artist Sergio Caballero after he received the Tiger Award at the Rotterdam Festival in 2011 for his debut feature Finisterrae [+see also:
interview: Sergio Caballero
film profile]. In the movie, screened at the Sitges Festival, the landscape is dark, arid, raw, greyish and cold. We're in an area surrounding a power station in which an artist has been imprisoned. The artist writes letters to three dwarves who already formed a group in the past, to send them on a mission. However, no-one moves their lips: all of the characters communicate using telepathy. Everything here is like a dream… or a nightmare. The experimental, surreal and otherworldly realms all invade the screen… what's more, later on in the movie, we will be witnesses of something as unclassifiable as the love story between a steaming bucket – that speaks haiku – and a chimney. Out there that's nothing…

Faced with a plot like this, the viewer has two options: the first, to look with a magnifying glass at what they're going to see, by searching for the rational side to an approach that's instinctive, liberal and sensorial from the very outset, and in which fantasy reigns supreme: for example, the dwarves possess “marvellous” powers. The second option, more in line with the director's intention, is to enter fully into his innocent, almost childlike game or form of entertainment and surrender to the textures, images and feelings that it stirs up. Any one of the two attitudes are possible, however while the first leads to indignation and rejection, the second could find us enjoying a movie that defies all cinema norms… and logic.

The Distance was born out of filming, for three days, of a teaser that served as the image for the Sonar Festival; Caballero is creative director of the festival. With this piece, Caballero looked for financing (TVE bought broadcasting rights) and filmed for three weeks around and inside the abandoned power station of Aliaga, in Teruel, where, among other things, the dwarf trio is commissioned by an artist who's imprisoned inside to find the distance to which the title alludes. These images are inspired by the performance in Joseph Beuys' I Like America and America Likes Me, with the man locked up in an industrial space with a coyote. The atmosphere that runs through the movie also brings to mind the documentary The Ghost of Piramida, by Danish group Efterklang.

Either way, Caballero, who with Finisterrae, already raised the eternal debate of whether some films should be exhibited in a museum rather than viewed on a cinema screen, succeeds in prompting laughter, admiration for the beauty of some shots and astonishment for daring to take such a radical – and freaky – approach. Now we'll have to see what side the audience is on, although, as he warns in an interview with Cineuropa: “If you're looking for an explanation to everything, you won't get into a multi-layered movie like this one”.

more about: The Distance

The Slovakian film festival presents recent offerings from around Europe

From Brazil, but based in Barcelona, André Cruz Shiraiwa made his feature debut with L´altra frontera, which competed in the Official Section in Sitges

“Cinema is suffering under the yoke of narrative”

Sergio Caballero, awarded in Rotterdam with Finisterrae, competes in Sitges with The Distance, a film which, once again, defies the boundaries of cinema

The second film by Sergio Caballero, screened in Sitges, puts the viewer on the edge of indignation or praise 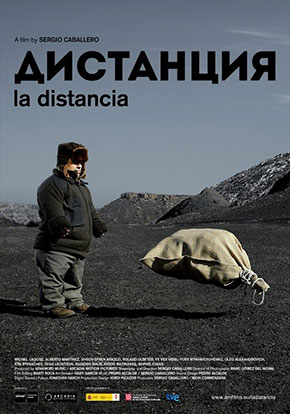 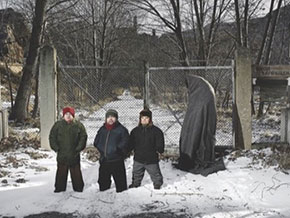 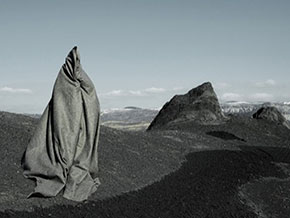