The Gift, Little Happiness to vie for foreign language category 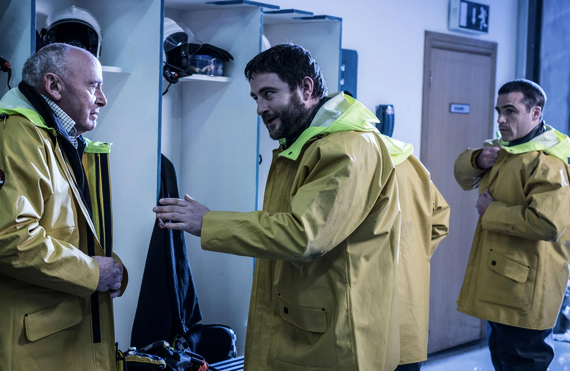 The Gift (An Bronntanas) by Tom Collins

The Irish Film & Television Academy has announced Tom Collins’ Irish-language The Gift (An Bronntanas) [+see also:
trailer
film profile] as Ireland’s submission for the foreign language category at the 87th annual Academy Awards next year. Written by Joe O’Byrne, Paul Walker, Eoin McNamee and Collins, the film is a contemporary thriller set against the background of a local independent lifeboat crew working off the coast of Connemara. The rescue crew receives a distress call on a stormy night to discover a fishing boat with some very interesting cargo, which leaves the crew with a life changing moral dilemma. Produced by Ciarán Ó Cofaigh for ROSG, De Facto Films and Collins, with the backing of the Irish Film Board, TG4, Broadcasting Authority of Ireland, the Irish Language Broadcast Fund and Northern Ireland Screen, The Gift stars Dara Devaney, John Finn, Owen McDonnell, Michelle Beamish, Pól Ó Gríofa, Charlotte Bradley and Januscz Sheagall.

The UK has sent Nihat Seven’s Turkish-language Little Happiness (Uzun Yol) as its contender in the foreign language category. Written by Melek Seven, The film follows a young Turkish couple that must elope in order to escape her disapproving family but soon find their new life is not the idyll they had expected. Nil Günal, Hakan Yufkacigil, Murat Muslu, Ahmet Ozarslan, Bora Cengiz, and Atilla Pekoz star. Blind Pictures produced.

This year, the Academy received a record 83 submissions, with Kosovo, Malta, Mauritania and Panama being first time entrants.

On January 15 2015, the Academy of Motion Picture Arts and Sciences will announce which five films have been nominated from all of the international entries to go forward in the final line-up to compete for the Oscar for Best Foreign Language Film. The Academy Awards will take place on February 22.