17/10/2014 - After the visually impressive Final Cut: Ladies and Gentlemen, György Pálfi is back with an extravagant new venture

György Pálfi’s latest feature, Free Fall [+see also:
trailer
film profile], can be described as a demonstration of a powerful visual style peppered with elements of the grotesque, surrealism and absurdity. Set to be screened this week at the CinEast Festival as well as at the Hungarian Film Week, Free Fall tells the story of an old woman who is fed up with her miserable life. She takes her bags and shopping cart up the stairs and jumps off the roof of her building. But, in a dark-humoured twist, she miraculously survives and has to climb up the stairs all over again. On her way up, she passes the different flats in her building. The viewer is introduced to the small worlds inside these apartments, each one telling a story more incredible than the last – a guru pushing his levitating pupil down, accusing him of being too vain; a trophy fiancée mingling at a fancy party while completely naked; a hyper-hygienic couple, who make love through plastic to avoid bodily contact; a Korean-style sitcom about an awkward threesome; a woman who wants her baby put back inside her; and finally, a boy who seems to be the only one who sees a full-sized bull in the flat.

Despite representing a spectrum of different genres (from sci-fi to social realism), all the stories the old woman encounters on her way up share a common sense of dark humour and absurdity. The strong surrealism in the stories makes it possible to interpret them in countless ways, but they are all visually captivating enough to keep the audience attentive and interested throughout the movie. Pálfi’s extravagant directorial style is complemented by futuristic electronic music by Amon Tobin, which from the outset of the film makes the viewer sense that strange things are about to happen.

Free Fall was commissioned by the Jeonju Film Festival for this year's Jeonju Digital Project, which has annually introduced three short films, but as of this year launched three full-length movies. Since premiering at Jeonju, Free Fall has gone on to win numerous awards, including the Best Director Award and Special Jury Prize at the Karlovy Vary International Film Festival.

This time around, Hungarian helmer György Pálfi offers up a dystopian drama of meaningless violence and obliterated life perspective

Following on from Free Entry which scooped an award at SXSW in 2015, Yvonne Kerékgyártó delivers a second feature, produced by Együtt Kezdtük Film in co-production with Sparks

Part of Ventana Sur, the 3rd edition of the industry event, organised in partnership with the San Sebastián International Film Festival, aims to build creative bridges between old and new continents

The latest film from the Hungarian maverick, who previously directed Hukkle, Taxidermia and Free Fall, will world-premiere at Tokyo

György Pálfi gears up to shoot His Master's Voice

The cameras are set to start rolling for the Hungarian filmmaker’s next film, a KMH production adapting Stanislaw Lem’s writing, on 18 July

Having turned heads with his feature debut, The Investigator, the director is now working on his second opus, which is being produced by KMH Film

An Etrange Festival that’s set to be electrifying

Five world premieres and eight European premieres are lined up for the most extravagant film event in France, with a ‘Carte Blanche’ focus dedicated to Ben Wheatley 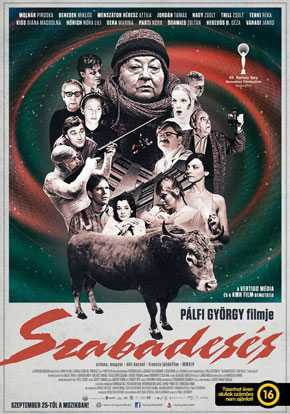 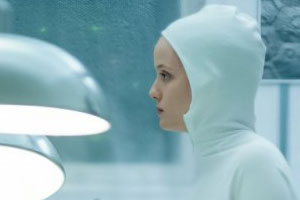 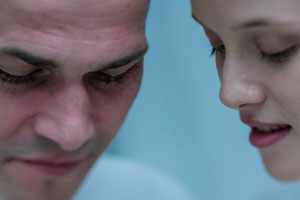 Distribution, Exhibition and Streaming – 11/01/2022
French film earns €91.4m abroad in 2021
Despite the tricky situation for global cinemas squeezed by the pandemic, French film in all its diversity continued to circulate worldwide last year