18/10/2014 - Gianni Di Gregorio presents his new film, a hilarious and well-constructed comedy on the need to be respected, at the Rome Film Festival

Can a mild-tempered, accommodating person change and learn how to impose himself and gain respect in a world filled with sly and bossy people? It is that question that Gianni Di Gregorio tries to answer with gentle irony in his new film, Buoni a nulla [+see also:
trailer
film profile] – his third as a director after the revelation Mid-August Lunch [+see also:
trailer
film profile] (Best Debut Film at the 2008 Venice Film Festival) and The Salt of Life [+see also:
film review
trailer
interview: Gianni di Gregorio
film profile] (screened at the 2011 Berlinale) – which this time around is having its premiere in the Gala section of the Rome Film Festival (16-25 October).

Gianni (played by the director himself), a civil servant, is only six months away from retirement, when his manager suddenly informs him that, due to a recent policy change, he will have to continue working for another three years, and that he will be transferred from the central office to one on the outskirts of the city (adding an hour of travel time each way to his working day). Gianni is a good, accommodating man, so for the umpteenth time he says yes, without batting an eyelid. In the new office, he gets to meet his future colleagues, in particular the busty Cinzia (Valentina Lodovini), who uses her seductive wiles to dump her work on the others, and Marco (Marco Marzocca), the most capable and efficient employee, ready to help everybody and prepared to work overtime even on his own birthday. All this under the auspices of the harsh manager (Anna Bonaiuto) and her bootlicker (Gianfelice Imparato).

Gianni puts up with humiliation, abuse and the dirtiest jobs with a smile on his face. In the meantime, however, his blood pressure keeps going up. Then, his doctor (Marco Messeri), who is really just a simple dentist as well as his ex-wife's (Daniela Giordano) new boyfriend, offers him some advice in order to live a better life: make them respect you, know how to say no, and indulge in a little wickedness every once in a while. This is a lesson that Gianni tries to teach to his (most exploited) colleague Marco as well, but with poor results. The idea of forcing yourself to stretch beyond your own nature and habits in order to take your life back into your own hands is the main driving force behind the film. The cast also includes Camilla Filippi as Gianni's daughter, who wishes to take advantage of her father's job transfer by moving into his apartment in the city centre.

Gianni Di Gregorio's gentle yet shrewd sense of comedy once again ends up touching you in this new film with an effectiveness and a pace that it would have been easy to lose along the way, this being his third film focusing on the everyday adventures of anti-hero – and his alter ego – Gianni. The risk of growing tired of it was right around the corner, but instead one gets the impression that, as long as they are written, acted and constructed this well, new chapters in this entertaining saga might well be forthcoming and be warmly welcomed by audiences. Would Gianni be able to say no to another film?

In the meantime, Buoni a nulla, which is produced by BiBi Film with Rai Cinema and with the support of Mibact and the Lazio Region, will be out in Italian theatres on 23 October, distributed by BiM.

more about: Buoni a nulla

On 12 December the debut film by Fernando Muraca will be presented with the audience award in Berlin after being screened in 35 cinemas of 33 towns as part of travelling festival Cinema! Italia! 2015

The second edition of the Cinemando Festival in Lithuania will offer an overview of various film genres, with Latin Lover, Per amor vostro and Noi e la Giulia

Thomas Salvador takes a step out of the ordinary with Vincent

Le Pacte is bringing out an amazing superhero film that uses no special effects; originality is also guaranteed with Reality

Oleotto, Riso and Martone to be guests at Terra di Cinema

In Italian: The 15th edition of the festival for new Italian cinema will take place from 20 March to 7 April in Tremblay-en-France 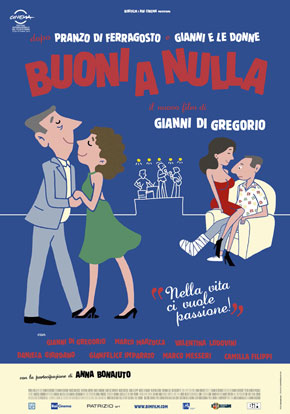 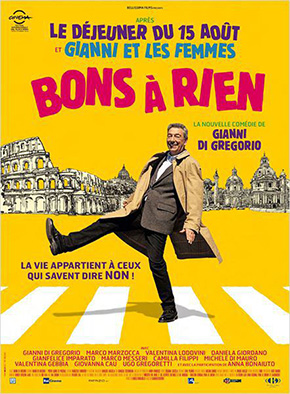 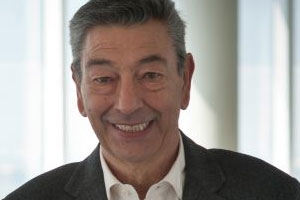 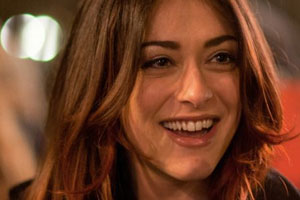 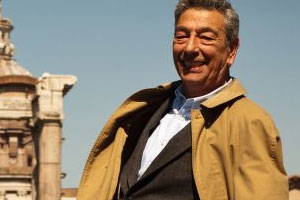