Fool Circle: A quirky treasure hunt for a lost father

Screened last week at the Film Fest Gent, Fool Circle [+see also:
trailer
film profile] begins by introducing its two peculiar protagonists, Leon (Laurent Lafitte), a lousy husband, poor father and failed pro-tennis player, and his brother Bruno (Vincent Macaigne), the nervous and slightly neurotic owner of a dating website (who, ironically, has a non-existent love life himself). The two brothers receive the news that their estranged father has died, but when they arrive at the funeral in their tiny hometown, there is nobody there – not even their dad's body. Confused, the only person they meet at the crematorium is a girl who calls herself Chloe (Ludivine Sagnier). Chloe has some shocking news for Leon and Bruno – she reveals that she is their half-sister and that their father is not actually dead, but just missing. So the trio embarks on a journey to find their dad and to rediscover their childhood home.

Incorporating a slightly Wes Anderson-esque style, the majority of Fool Circle consists of a series of mini-adventures as the eccentric brothers and their mysterious new sister look for their missing relative. Among the most memorable of these adventures are such episodes as an encounter with a crazy next-door neighbour, meeting their father’s manic ex-lover, and a sequence in which Leon and Bruno sneak out in the middle of the night to steal petrol from some young people camping by a lake. Between these endeavours, the trio camps out in the mountains, inside the isolated and derelict hotel owned by their lost father.

The movie's characters are simultaneously its strongest and weakest links – they are quirky enough to be charming and entertaining to watch, but the relationships between them struggle to be believable, and the plot twist at the end is not a particularly surprising one. But what Fool Circle lacks in scriptwriting it makes up for with the colourful production design (by Sidney Dubois).

Although Fool Circle has its flaws, its easy-going vibe, eye-pleasing visual style and unusual characters make it an enjoyable comedy for some light entertainment.

The comedian is currently starring in the feature debut by her brother Amro Hamzawi, which is being produced by Ecce Films and will be sold by Le Pacte

Lily-Rose Depp, Laurent Lafitte and Camille Cottin are among the cast of the second feature by the director, staged by Kazak Productions and to be shot in the autumn

Tahar Rahim, Roschdy Zem and Maïwenn are among the cast of this Kazak production, which will be distributed in France by Ad Vitam and sold by Indie Sales

"A film should have as clear an identity as possible"

Interview with Jean-Christophe Reymond, who heads up Kazak Productions, the young Parisian society on the up and up

Kazak sticks to its guns with A Taste of Ink

The edgy, young Paris-based production outfit is wrapping the shoot for the feature debut by Morgan Simon, toplined by Kevin Azaïs

Staged by Kazak Productions and with Céline Sallette among the cast, Nicolas Silhol’s feature-debut project has been selected by Movies Angels 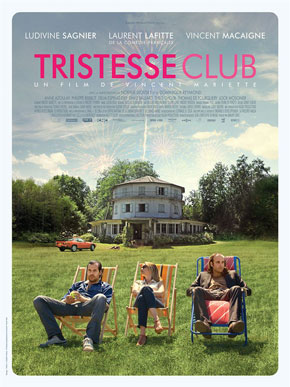