Number 55: a brutal depiction of a real wartime event

07/11/2014 - Kristijan Milic is back with another award-winning film, but this time based on a true event from the war in Croatia

Croatian director Kristijan Milic is probably the only real genre filmmaker in the territory, and a very successful one at that. His first feature film, The Living and the Dead, set simultaneously in two wars (one in 1943 and the other in 1993) in the same place in Bosnia, scooped eight national Golden Arena awards in 2007, including Best Film and Best Director.

Once again, it is a war film, but this time, instead of a super-ambitious, time-sprawling epic with supernatural elements, Milic has based his story on a true event from the war in Croatia, predominantly set in one village house.

It is 1991, the early days of the war, and the under-equipped and undermanned Croatian forces are taking heavy blows from the Yugoslav army, Serbian volunteers and paramilitary troops. A unit of 20 mostly inexperienced soldiers from Bjelovar arrive to strengthen the positions in the city of Pakrac. They want to turn the situation around and attack instead of defending, so they take an armored vehicle and enter the village of Kusonje, a supposed Serbian stronghold that appears to be empty. But it's actually a trap and the enemy forces them to barricade themselves in a house where they will spend the rest of the film, getting killed one by one.

Simultaneously, a group of more experienced soldiers from the headquarters in Pakrac is trying to reach them in order to help them to get out.

The film clearly employs the "isolated group in trouble" trope developed and mastered by John Ford, but also clearly harks back to Walter Hill's Southern Comfort, and, even more obviously, to John Carpenter's Assault on Precinct 13.

What it also has in common with the latter, is the fact that there is are no actual main characters - there is the military hierarchy and relations between the characters, but no leading men whose possible background stories would drive the emotional involvement of the viewer, and this might present a problem for audiences when it comes to connecting with the film. Instead, it is up to the actors to steal the show with their performances, and the ones who stand out are Goran Bogdan as a total rookie, Slaven Knezovic in a minimalistic but emotionally impactful role, and Marinko Prga as the experienced leader of the group which is trying to save them.

In technical terms, the film is executed impressively. Besides the shootout scenes that employ a great deal of special effects (it could even be said that the whole film consists mostly of shooting, and the gunfire becomes a constant sonic background), there is a lot of varied camera work - from the expected handheld and wide shots, to the very effective use of body cameras on soldiers' helmets - thrusting the viewer right inside the action and pumping up the adrenalin.

Number 55 was produced by Zagreb-based Telefilm.

The recipients include the new films by Zrinko Ogresta, Kristijan Milić, Goran Kulenović, Petar Orešković and Goran Dević, and the feature debut by Dubravka Turić

“I had to try to make a film like this”

Cineuropa chatted to Croatian director Kristijan Milić in Pula about his third feature, Dead Fish, directing a non-genre film, and filming in Bosnia and Herzegovina

Dead Fish: A post-war mosaic of human destinies in a divided town

Ministry of Love: The hunt for the unfaithful widows

Zrinko Ogresta travels to Berlin with On the Other Side

Politics do not belong in film

Kristijan Milic's speaks to Cineuropa about his second feature film Number 55, his experience from the 90s war in Croatia and his affinity for genre films.

Number 55: a brutal depiction of a real wartime event

Kristijan Milic is back with another award-winning film, but this time based on a true event from the war in Croatia 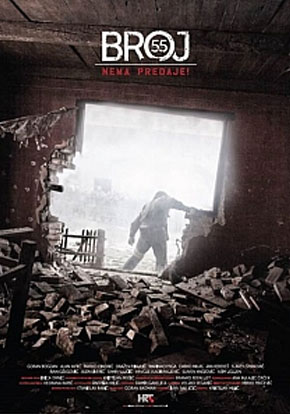 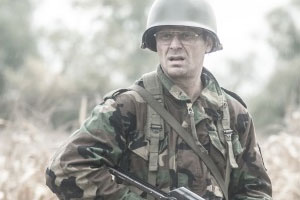 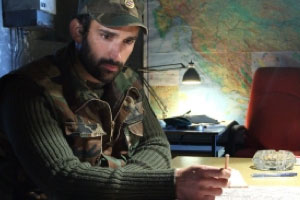 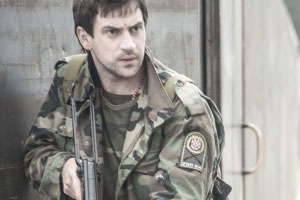 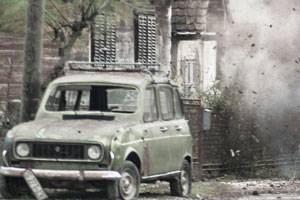 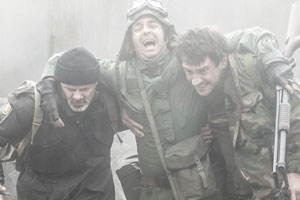 BERLINALE 2021: Shown in the Golden Bear competition, this film puts paid to Cher's claim that you can't turn back time
Yngvild Sve Flikke • Director of Ninjababy

BERLINALE 2021: In her first feature, the Norwegian director takes on sexist clichés and wins
Kateryna Gornostai • Director of Stop-Zemlia

BERLINALE 2021: We talked to the Ukrainian director about her feature debut, created with the collaboration of teenagers who then appeared in the film