Benidorm is one of the most fascinating - and, at the same time, terrible regions – of eastern Spain, a land prone to excesses. It's where a large part of the movie adventures of the sensual Spaniard played by Alfredo Landa and other contemporary heroes of his pre-destape generation took place. The visionary Bigas Luna also used it as the setting for ambition - and for the catastrophic housing bubble – in Golden Balls. This time, a map of the Mediterranean city with the most skyscrapers per square kilometre, opens Androids Dream [+see also:
trailer
film profile] – screened in the Resistances section of the 11th Seville European Film Festival -, the second movie by Ion de Sosa, a 33 year old from San Sebastian whose previous True Love gained powerful comments in the Punto de Vista festival in Pamplona and at the Bafici festival in Buenos Aires, and triumphed at the first instalment of the very alternative Márgenes Festival.

Once again Ion de Sosa moves blithely through the elusive and unclassifiable borderlands: Sueñan los androides is not confined to a genre, or style, or even to narrative rules. The director, aided in writing the screenplay by supporters Jorge Gil Munarriz (director of El Método Arrieta) and Chema García Ibarra (one of the most highly-acclaimed short filmmakers in this field for his magnetic works, Mystery and Protoparticles), leaps from comedy to drama, not forgetting thriller, and sets the 60 minute film in traditionalist science fiction... The fact that we find ourselves before a self-confessed remake of Blade Runner – the title doesn't deceive – set in Benidorm, makes it clear that the movie is a fully-fledged escapade, a form of entertainment, an experiment that is both surprising and captivating for all who watch it with their mind empty.

Naturally, the hundredth part of the budget managed by Ridley Scott has not been received. Nor does Harrison Ford make an appearance. And the replicants don't flaunt the magnificent body designs of Rutger Hauer, Daryl Hannah or Joanna Cassidy. Because, ladies and gentlemen, we are in the kitsch epicentre of the universe, in a future that has already caught up with us because of regression. While Luis López Carrasco (co-producer of Sueñan...) captured our past in The Future (photography by Ion de Sosa), this movie shows us a year 2052 in which the peseta is back and 16 mm films depict the tense, dismal and horrifying reality of today, with cities populated by old people; the young people had to emigrate.

Filmed over a few October days, for three consecutive years, including improvisations and using flashbacks to illustrate the memories of every Android that is assassinated by the “replicant hunter”protagonist, Ion de Sosa is thus becoming known as a creator of cheap remakes: he has confessed his desire to create a poor Basque Batman, but with the same thirst for revenge as that of Tim Burton. That image has seduced this multidisciplinary artist just like one day another made him dream of sheep... although not exactly electric.

María Pérez Sanz signs her name to a calm, intimate and rather down-to-earth portrait of the Danish writer Isak Dinesen, which is a far cry from the character we all know from Out of Africa

Twenty projects by the likes of Pilar Palomero, Gabriel Azorín and Ion de Sosa will benefit from the wisdom and experience of directors including Isabel Coixet, Juan Cavestany and Manuel Martín Cuenca

This section of the San Sebastián Film Festival, offering a prize this year for the very first time, will include original filmmakers such as Ivan Tverdovsky, Thorsten Schütte and João Pedro Rodrigues

Coixet leads the bipolar Spanish contingent at the 65th Berlinale

The co-production Nobody Wants the Night is at the forefront of the raft of Spanish titles, which features everything from a gastronomic documentary to films on the very fringes of the industry

The 2014 Márgenes transmedia festival gets going once again

The fourth edition of the event, which screens films that were made under the industry radar, is being held from today onwards in Spanish and Latin American cities, and then online for free 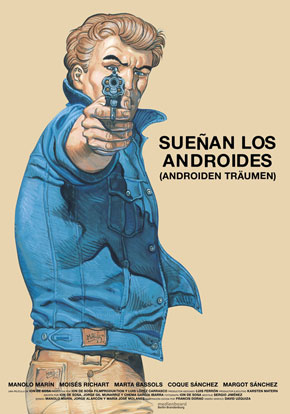 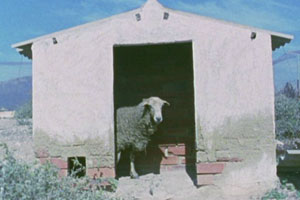 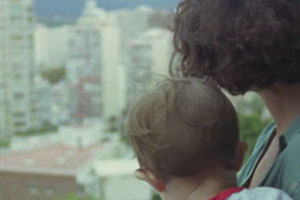