Spartans, a subtle chiaroscuro play on violence and sophistication

03/12/2014 - The latest movie by Swiss Nicolas Wadimoff brings us up against an atypical, awkward and, at the same time, magnetic character

Spartans [+see also:
trailer
interview: Nicolas Wadimoff
film profile], by Nicolas Wadimoff, which made its world premiere at the Rencontres Internationales du documentaire de Montreal (Montreal International Documentary Events), leads us by the hand into the heart of the notorious northern banlieue of Marseille. Without striving to provide an exhaustive portrait of an extremely complex reality, contaminated by a terrible reputation that clings onto it like a second skin, Nicolas Wadimoff chooses instead to focus on a specific character and on the heterogeneous world of young people that surrounds him. Four years after Aisheen (Still alive in Gaza) [+see also:
film review
trailer
interview: Nicolas Wadimoff
film profile], the director from Geneva returns to Montreal with a powerful movie that also goes skin-deep, just like the character that he portrays.

Yvan Sorel is a fighter, as he defines himself. But, aside from this, he’s also a coach who manages, in quasi military style, his mixed martial arts team in the northern banlieue of Marseille. With his “team Sorel” he shares a passion for a sport, but also and above all, a lifestyle, a belief to which he clings with all his strength. Yvan, the fighter, philosopher, the substitute father, becomes for his students a real role model, a kind of guardian angel who is both respected and feared at the same time and who imparts knowledge that draws on their own culture. Like a sort of teacher of good manners, Yvan injects into his students’ daily life a huge dose of self-discipline and a quasi ascetic severity that takes them beyond the suburbs, up and beyond. But Yvan is also and firstly a young man like so many others who must deal with his own demons, with the rage and frustration that he feels in the face of a seemingly unchangeable reality.

This ambiguity is underlined by magnificent images by Nicolas Wadimoff (photography by Joseph Areddy) who design the contours of his athletic body in a constant coming-and-going of chiaroscuro. The opening scene in the movie plunges us directly into this contrasting reality by showing us an Yvan Sorel involved in a combat that seems to be a face to face with himself. The semi-darkness that underscores his precise and elegant movements enhances the violence that lives within him by transforming it into something that is abstract and, at the same time, profoundly human. By using the slow-motion Nicolas Wadimoff he offers us some really beautiful moments in which the bodies express all of their rage. Violence is a part of us and that fact is probably what saved this coach from Marseille from a tragic fate that seems inevitable for many young men born in the banlieue.

One of the key assets of Spartiates is that it doesn’t take us into the intimacy of its characters by giving a linear narration of their lives. Their inner thoughts are transmitted by their attitudes, by their (stolen) gestures. The rare moments when Yvan is portrayed alone, immersed in his thoughts and stripped of his mentor role, say more about him than a thousand words. With his presence, Yvan fills a void that for so many young boys seems a real abyss. The contrast between the huge empty room first and the echo of his determined voice after, during training sessions, cruelly illustrates this feeling of loneliness and exclusion. Spartiates is the fruit of the chance meeting of an undoubtedly extraordinary personality and a very sensitive director. A mix of personalities that gives life to an unexpected and powerful movie that’s able to strike the perfect balance between violence and aestheticism.

Spartiates is produced by Akka Films and SRG SSR and sold worldwide by Doc&Film International.

"I switch between being completely spontaneous and well organised. It's a matter of sensitivity"

Cineuropa chatted to the Swiss director Nicolas Wadimoff about his latest film, Spartans

The Tbilisi International Film Festival chose Switzerland as its “Country in Focus” this year. Seven films were selected, spanning both documentary and fictional film

Over 250 films are on the programme of the 37th edition of the event, which kicks off tomorrow – including ten titles that will be vying for the Golden Antigone

The Solothurn Film Festival announces the schedule for its 50th edition

The Solothurn Film Festival this year celebrates half a century in action led by its director, Seraina Rohrer, head of this important Swiss Festival for four years

Spartans, a subtle chiaroscuro play on violence and sophistication

The latest movie by Swiss Nicolas Wadimoff brings us up against an atypical, awkward and, at the same time, magnetic character 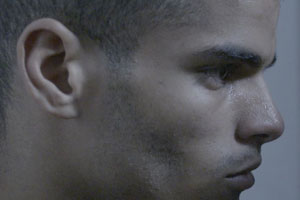 Luc and Jean-Pierre Dardenne • Directors of Tori and Lokita

CANNES 2022: The Belgian brothers talk to us about their new film that shows the inexorability of the mechanisms of domination that govern human relations