Waste Land: A gripping investigation in the midst of darkness

15/12/2014 - A descent into the depths of the occult and the unconscious for Jérémie Renier. A very noir thriller that's masterfully directed by Pieter Van Hees

"I will show you fear in a handful of dust". By alluding to TS Eliot's poem The Waste Land as a source of inspiration for his third feature film, Waste Land [+see also:
trailer
interview: Pieter Van Hees
film profile], Belgian director Pieter Van Hees could easily have quoted this verse that sums up quite aptly the sombre and gripping atmosphere of his film, screened in competition at the sixth Les Arcs European Film Festival.

Plunging a police investigation in Brussels into the mysteries of Congolese occultism that collide with the "hero's" personal problems and with colonial repression, the director artfully completes his trilogy "Anatomy of love and pain", begun with the no less disturbing Left Bank [+see also:
trailer
film profile] and Dirty Mind [+see also:
trailer
film profile]. Camouflaged under the guise of a genre film (a criminal police department, a corpse, an investigation, trafficking, nocturnal misadventures, etc.), Waste Land undertakes a dark journey into the human soul, a voyage that leads to an inexorable karmic confrontation that's both collective and individual, the eternal rendez-vous with human darkness and savagery. Many conceptual themes that Pieter Van Hees never deals with directly, distilling them latently, just as he plays skilfully with the boundary between a very harsh realist world and irrational outbursts that are left open to the audience's interpretation. An intriguing grey area that's artfully portrayed thanks mainly to the multi-talented Jérémie Renier as Leo, an inspector from the crime department who's both strong and weak at the same time, a priori happy in love with Kathleen (Natali Broods), but this couple will fall apart when the prospect of a baby appears; the advance of pregnancy marks the pace of the film with ellipses (from week 5 to week 32, through weeks 6, 11, 18 and 23).

It all kicks off with the discovery of a body wrapped in a rubbish bag in a canal. It's the body of a Congolese man from Brussels who was trafficking Nkondi nail fetishes (supposedly evil). Sinking ever deeper into the African neighbourhood (and into its underground), Leo will identify a suspect: a white collector living for 30 years between the Congo and Belgium, its former coloniser. But Leo also discovers strange Nganga witchcraft rituals, and his investigations will gradually unhinge him by exposing his fears and obsessions, nevertheless the criminal chase will continue...

Skilfully produced and immersed in a never-before-seen African Brussels, Waste Land is a very gripping movie, even if its desire to create chaos and uncertainty might certainly seem disturbing for some. The energy of the production and the quality of photography by Menno Mans shape a compelling twilight atmosphere that confirms the originality and intelligence of a director playing a score that´s much less classic than the surface of his genre film might lead us to believe.

Unveiled in Toronto and showing since 26 November in Belgium, Waste Land will be distributed in France by Chrysalis and is sold internationally by Be for Films.

The director has just begun filming his third feature film, set in the cities of Antwerp and Charleroi

N: The Madness of Reason is the surprise winner of the 2015 Ensors

The sixth edition of the Ensors, the Flemish film awards, has crowned Peter Kruger's film with the top honours, while Waste Land by Pieter Van Hees also got its fair share of trophies

Fathers, daughters and all kinds of complications at Oldenburg

Fien Troch wraps the shoot for her fourth feature, Home

The final clapperboard has slammed for the shooting of Home, the fourth feature by young Flemish director Fien Troch (Unspoken, Kid)

With 13 nominations, Pieter Van Hees’ dark, Brussels-based thriller has been nominated for an award in every possible category

Kebab Royal, the shoot for which has just got under way, leads the King of Belgium on a Balkan odyssey with surreal undertones

First week of filming for My First Highway by Kevin Meul

Fobic Films, the company founded by Mariano Vanhoof and Geoffrey Enthoven, producing My First Highway, a teen drama and the first feature film of Kevin Meul 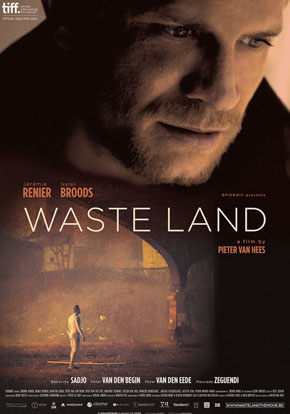 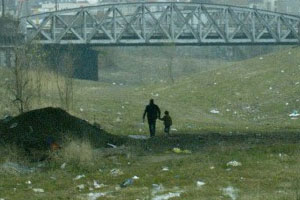 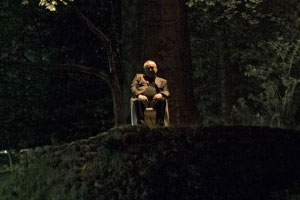 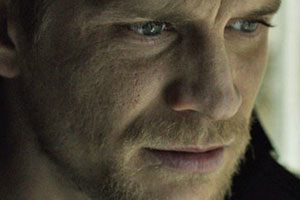 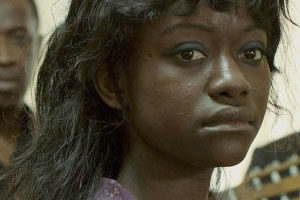 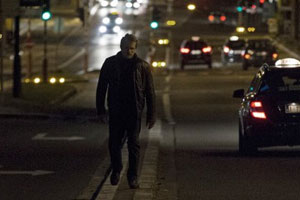