In many respects, the 44th International Film Festival Rotterdam's Hivos Tiger competition was the perfect place for Martin Radich's UK production Norfolk [+see also:
trailer
film profile] to have its world premiere. This film is highly experimental, and has some elements that are intentionally rustic or basic. It also has an interesting sort of post-apocalyptic glitch aesthetic that is soldered to an incredibly professional finish. Thus Norfolk is a good fit for Rotterdam, a festival that Sight and Sound critic Gareth Evans once described as being dedicated to marrying "innovation" with "a certain industrial pragmatism".

The county of Norfolk, on the other hand, is renowned in the UK for being an unremarkable, rural part of the world. But this is far from the case with Radich's setting. His Norfolk still centres on the waterlogged pastoral idyll of the Broads, but a whole other layer of cataclysmic vibes is added to it, which transforms reality into something impressively foreign.

The locations chosen are gloriously dilapidated, the characters eat only the most rudimentary food, and the world sits somewhere between the mediaeval feudal system and the present day. Meanwhile, the brilliant costumes seem like the rehashed hand-me-downs of tomorrow. Technology in this film also makes it particularly hard to place. Everything seems decidedly analogue, and the music and TV that stream into their lives is a bizarre mix from across many decades. There appears to be no shortage of electricity, however, so the world seems to go on in some way.

So what occurs in this world? Well, that's a hard question. Essentially, the narrative follows Denis Ménochet, an American-sounding mercenary, and his son (Barry Keoghan). Except who they answer to remains mysterious, and even who they're fighting isn't much clearer. The key seems to be recognising Norfolk as an absurdist film. Radich's characters openly admit that they don't know why they're doing what they're doing. And several sections of the film are also so blurred that they almost resist giving any meaning beyond a frenzied, sinking emotional impression.

As with Beckett, a key component of Norfolk's compelling tension is its creation or opposition of numerous doubles: father and son, son and lover, etc. And like Beckett, the rhythm of Radich's characters' interactions is also brilliantly uneven and off-kilter. But Radich's absurdism does sit much closer to Pinter's more naturalised version. His Norfolk is seemingly quite a realistic world that just happens to be riddled with an intense, confusing sense of menace.

So viewers should certainly prepare themselves for an active, interpretative challenge. Much of Norfolk even feels as if it's told in defiance of the audience. But the result is triumphant. Being able to believably render reality this unreal is a remarkable and mesmerising feat.

British film gets back to its Dinard showcase

The Breton city is hosting the 26th edition of its festival, which sees 23 features on the programme, including six in competition and a tribute to Hanif Kureishi

CANNES 2015: Lady Macbeth, Apostasy and The Levelling will go into production in the autumn 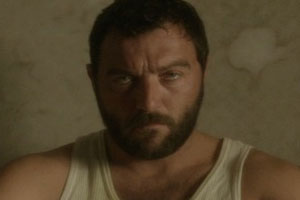