28/01/2015 - Austrian Lukas Valenta Rinner achieves with his debut feature, in competition for the Hivos Tiger Awards, an excellent and unexpected disaster movie

The Apocalypse is approaching. And defying the most common cinema theories on the subject, it doesn’t begin in the US, rather in the Argentine city of Córdoba. In an attempt to escape it, a group of people decide to enrol in a training programme that teaches them how to survive a potential disaster. That anti-apocalyptic training –probably capitalism’s greatest invention– is divided into various stages, the first of which takes place in a kind of luxury resort along the Tigre delta. As the training progresses, the comfort level declines, while the levels of difficulty and danger increase.

With Parabellum [+see also:
trailer
interview: Lukas Valenta Rinner
film profile], the Austrian director based in Buenos Aires Lukas Valenta Rinner screens in the competition of the 44th International Film Festival Rotterdam the most unexpected and captivating example of disaster cinema in recent times. Unexpected because it rejects codes and almost inaugurates a new genre that could be called auteur disaster film. Captivating, because his style, bitter and tragically comical at the same time, challenges the viewer to enter into a radical movie with almost no dialogue, which succeeds, in spite of its austerity, to capture your attention right to the end.

By distancing himself from the reality that he’s filming – and transforming what he sees into a real chain of scenes that marry travelling shots and various fixed shots – Rinner demonstrates a visual style that constantly reminds us of the rigidity of other Austrian directors, like Ulrich Seidl. His camera, although often set up among the natural elements (like rivers and forests) never gives in to the temptation of lyricism. On the contrary, it’s only there to look from afar at characters on the verge of paranoia and to document their radical transformation (at the end of the day, what do we become when faced with the impending death knell?).

Supporting that untiring visual aspect of the movie is a fragmented screenplay, divided into various chapters, as if it were a survival manual. Each new chapter presents a quotation taken from the Book of Disasters; and each of these quotations reflects the evolution of a silent plot that becomes increasingly predatory, walking slowly towards the final solution: “the best way of surviving a disaster is to become invisible in the eyes of others”.

Parabellum is a co-production between Austria (Nabis Filmgroup), Argentina (2M Cine) and Uruguay (La Pobladora); and we shouldn’t lose sight of Lukas Valenta Rinner’s talent in the coming years.

Cineuropa spoke to Lukas Valenta Rinner about his debut, Parabellum, a film shot in real survival camps in Argentina and presented at Rotterdam

15 projects have been selected for Cannes’ Cinéfondation Atelier

“In the best-case scenario, the funny situations are also the most terrifying”

We met up with Austrian-born, Argentinian-based director Lukas Valenta Rinner, whose latest film, A Decent Woman, is another blunt, startling satire about social canons

A Decent Woman: The end of the oasis

Next to Me: A socially engaged arthouse crowd-pleaser?

Austrian Lukas Valenta Rinner achieves with his debut feature, in competition for the Hivos Tiger Awards, an excellent and unexpected disaster movie 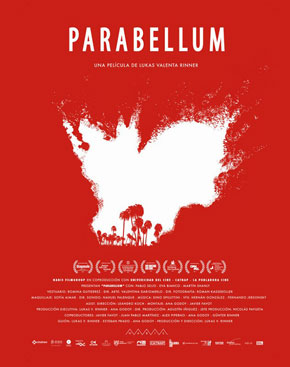 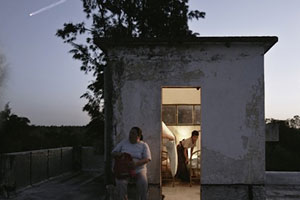