Driften, a desperate race to break free from the ghosts of the past

29/01/2015 - The debut feature film by Swiss director Karim Patwa, in competition for the prestigious Solothurn Film Award, is a high-speed race towards an impossible redemption

Karim Patwa has shown with Driften [+see also:
trailer
making of
film profile], his debut feature recently awarded at the Max Ophüls Prei Film Festival in Saarbrücken and in competition for the prestigious Solothurn Award of the Solothurn Film Festival, that he can perfectly administer power and control, violence and emotions, in a constant coming and going of light and darkness.

Robert wants to start a new life far from the mistakes and obsessions of the past. His addiction to speed and to underground races had pushed him to a point of no return. After serving a long sentence in prison, Robert wants to start living again, safe from temptations and from bad company. His seemingly “wholesome” and perfect family welcomes him despite the mistakes of the past, and an unexpected job offer appears to brighten up a future that’s still very uncertain. However, this apparent balance is put at risk when he meets Alice (the incredible Sabine Timoteo nominated for the Swiss cinema award in the category for Best Actress), an English teacher older than him who reopens old wounds and indelible feelings of guilt.

Karim Patwa offers us a movie that bravely tackles the issue of guilt and the difficulty of living with our dark side. How can you go on living after committing an irreparable deed? How can you control the self-destructive impulses that can be ignored but that remain, despite everything, deep down? Driften bravely and sincerely deals with these “uncomfortable” issues; it ventures into slippery terrain where the boundary between good and evil becomes increasingly vague. Robert struggles to find a place in society, despite a tough past and the difficulties of a present that he can’t yet control. His is a utopian search for stability in a world that doesn’t easily forgive errors and that often cruelly lacks compassion or even tolerance of “diversity”.

Karim Patwa literally stalks his character with a series of close-ups at times claustrophobic, to remind us that the battle against past demons is lost. The camera follows Robert, like a dark shadow, it observes him and scrutinizes him with pitiless realism avoiding the trap of sentimentalism or of easy compassion. Driften is about unmentionable feelings, about the violence that’s dormant in each of us but that’s carefully kept at bay. In Robert’s case the struggle to keep his dark alter ego under control is constant but always uncertain, as if to remind us that our world is not just made up of (super) heroes but also of fragile characters in search of an often utopian happiness.

Karim Patwa speaks about a Switzerland (too) often forgotten, about young people that feel trapped among the monotony of a life that has become banal and the search for that “something” that might make them feel alive again and that dangerously puts them to the test. For Robert this “drug” is speed, the thrill of underground car-racing, being aware of the danger and his addiction to the adrenalin rush. Driften offers a different image of Switzerland, far removed from the clichés and stereotypes. What’s really interesting is the duality between the images of an idyllic, un-polluted nature and the ultra modernity of its cities. A powerful debut feature that’s aesthetically fascinating. Driften is produced and sold internationally by Langfilm.

The Circle is the big winner for the Swiss Film Award

It’s Geneva’s turn this Friday, for the second time, to host the long-awaited Swiss Film Award

The Saas-Fee Filmfest announces the details of its second edition

The Saas-Fee Filmfest is preparing to launch its eagerly awaited second edition, which will take place from 18-22 March in the famous ski resort in Valais

Driften, a desperate race to break free from the ghosts of the past

The debut feature film by Swiss director Karim Patwa, in competition for the prestigious Solothurn Film Award, is a high-speed race towards an impossible redemption 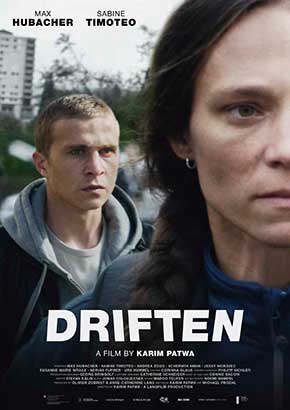 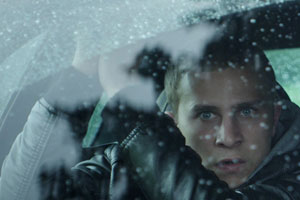