Hedi Schneider Is Stuck: A little story for when you’re a little down in the dumps

With her little bicycle, charming absent-mindedness and tendency to always look on the bright side, the titlular heroine in the co-produced German-Norwegian Hedi Schneider Is Stuck [+see also:
trailer
interview: Sonja Heiss
film profile] by Sonja Heiss was put on show at the 65th Berlinale in the Forum section. Her character resembles the endearing star of Be Happy by Mike Leigh, which earned Sally Hawkings a Silver Bear in 2008. The Munich-born director begins her second feature film (after an Asian adventure at a youth hostel in Hotel Very Welcome, from 2007) quite nicely: we find Hedi (Laura Tonke) comically reacting to a trivial mishap, an elevator jam where an employee’s stern voice tells her not to panic, so she stands there calm and smiling.

Then, all of a sudden, at the same time as one of her colleagues makes a desperate move, the kind house wife and playful mother, who is sometimes a bit childish, feels an uneasy light-headedness that she mistakes for low blood sugar, and panic ensues. The diagnosis is indisputable: this unforeseen malaise can only be depression. Our heroine suddenly loses her drive, and withdraws into herself. She is aided by medication that she abuses a little too much (because without it the pain is unbearable) and by her kind husband Uli (Hans Löw), who is very understanding but powerless while their young son denies the entire situation that he has no means of grasping.

Without resorting to breathtaking scenes or visuals, Heiss, with great simplicity, shows the solitude and despair that go hand in hand with this invisible and clearly insurmountable illness that is depression. She also displays the distress of those living with someone who is depressed, who can only wait for it to pass, and their doubts when happiness does slowly come back: is it real, or a bout of instability? She also shows us how we can be cured of depression just as mysteriously as we can succumb to it.

Unfortunately, after the first scenes, which are as touching and amusing as Hedi’s character, the humility of the scriptwriter-director’s approach can be seen in her dialogues and direction. This brings Hedi Schneider Is Stuck closer to television programmes than to a work that must be seen on the big screen - even though the final scene, as pure as innocence, is pleasant enough. We can also assume that among the viewers, there are those who have closely experienced depression, and they could find Heiss’s presentation to be superficial because, here, this illness of the soul is detached from every cause and passes through without any in-depth exploration, as if it were an accidental event that came and went without incident. That may be the director's intention (the fact that there is no mention of psychoanalysis may have been deliberate), but the film doesn't go far enough in order for the audience to be able to tell what Heiss is trying to tell us, beyond the fact that depression can happen to anyone and it is tough, but not incurable.

Hedi Schneider Is Stuck is produced by Germany's Komplizen Film and Zweites Deutsches Fernsehen (ZDF) and Norway's Mer Film, while sold internationally by The Match Factory.

more about: Hedi Schneider is Stuck

Life is always a good source

Sonja Heiss talks about her new feature Hedi Schneider Is Stuck, a story about everyday life and the impossibility of enduring happiness

Lars Kraume’s The People vs Fritz Bauer was the big winner with six Lolas, while A Heavy Heart followed close behind with four

German films in the Big Apple

From 7-14 April, New York City is welcoming the third edition of KINO! - Festival of German Films

Hedi Schneider Is Stuck: A little story for when you’re a little down in the dumps 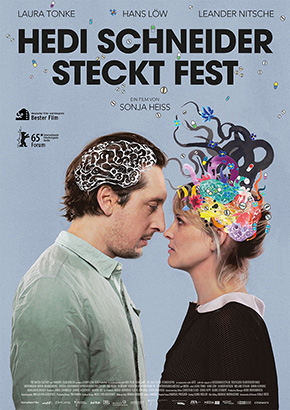 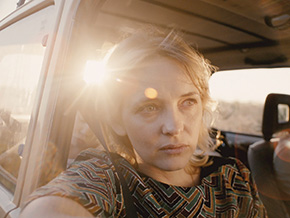 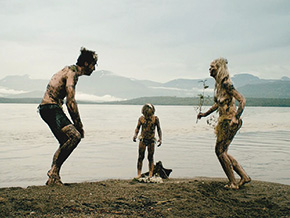 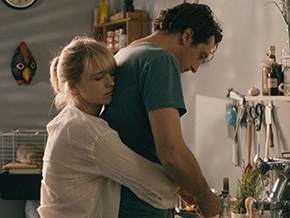 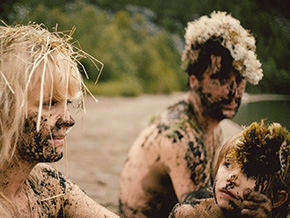