45 Years: The ballad of the long-time lovers

For his third feature film, 45 Years [+see also:
trailer
Q&A: Andrew Haigh
film profile], competing at the 65th Berlinale, British director Andrew Haigh chose to focus on another generation than the starring one in Greek Pete (2009) and Weekend [+see also:
trailer
film profile] (2011). In this film, adapted from a novel by David Constantine, the couple that we watch almost exclusively, Kate (Charlotte Rampling) and Geoff (Tom Courtenay, knighted in 2001 for his work for cinema, specifically in Doctor Zhivago, and the theatre), are a husband and wife without children. They have a simple life in the English countryside and begin to prepare for the following weekend’s celebration, their 45th wedding anniversary. Less than a week before the big day, Kate is immersed in preparations when some unexpected news brings the last 45 years into question: Geoff has just found out that the body of “his” Katia, the girlfriend he had 50 years ago, before she disappeared off into the mountains, has been found in the ice, intact.

Suddenly, the idea of this woman eternally preserved in youth, in this “time before”, frozen and unchanged, capsises the couple's bearings, especially those of the calm Mrs Dalloway embodied by Rampling. Little by little, this mindset replaces all others, as if 45 years of married life pale in comparison to the five years before it. Kate compares her calm and ageing marriage, her decaying sex life, the dull tones of her day-to-day (we see that in the interior scenes, the director leaves all of the lights turned off and settles for a natural, colder light) to the young and strong Katia, the mountain hiker. Accentuated by the aura of novelty that this woman has for Kate, this “other woman” makes her think that she, Kate, is “the other”.

Geoff admits that if Katia had not disappeared he would surely have married her, a notion that we clearly understand to be quite upsetting for Rampling’s character, right when she and her husband are about to celebrate the day when they made the decision to spend the rest of their lives together. On this elder wife’s silent but beautiful and infinitely feminine face, we see the greatest worry a lover can have: not being the chosen one. When, at the end of the film, we hear the Platters’ song, 'My True Love Was True...', which Kate serenely hums in the beginning, imperceptibly, in the way her eyes move and her lips softly mumble in front of her husband, who looks just as much in love as he did the very first day, we see the helpless confusion of a young woman that none other than Charlotte Rampling could have conveyed so rightly. The role of this strong yet vulnerable wife, whose traits are both those of a grown woman and of a frightened young bride, fits the amazing British actress like the most divine kid glove.

45 Years is produced by UK's The Bureau and sold internationally by The Match Factory.

“What goes on beneath the surface in a relationship”

“The Irish film industry has come of age” 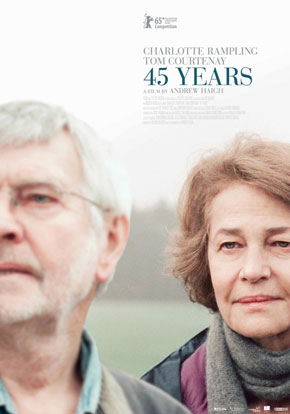 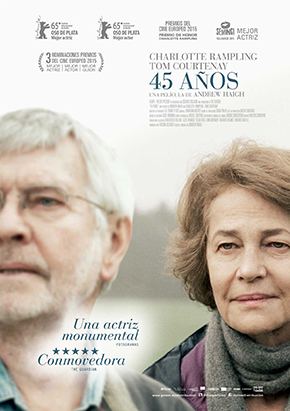 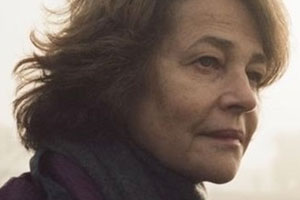