Until I Lose My Breath: An assured first feature

Young Turkish director Emine Emel Balcı may be a fan of the Dardennes, but her feature debut, Until I Lose My Breath [+see also:
trailer
film profile] (screening in the Berlinale Forum), has a lot to offer, thanks to a slowly revealing story, impressive camera work and an excellent performance from actress Esme Madra. A Turkish-German production set in Istanbul, Until I Lose My Breath may be selected at several festivals this year, and clearly introduces promising directorial and acting talent from Turkey.

Madra is Serap, a very young woman, almost a teenager, working in a sweatshop in Istanbul. The camera follows her every step, and we soon realise that there is purpose, verging on obsession, in her ordinary life. Serap lives with her sister and her sister’s husband, who search her bag, clothes and room to be sure that she isn't hiding any money from them. This is a sequence that immediately paints a picture of the protagonist’s environment, purpose and expectations: Serap has to get out of this harmful place.

Emine Emel Balcı efficiently uses her time to reveal Serap’s background. There is a father (Rıza Akın), a lorry driver who always says that his next job will be the last; there is a co-worker and friend, Dilber (Gizem Denizci), who lets Serap crash at her place when things get too dire in her sister’s apartment; and there is even Yusuf (Uğur Uzunel), a young, handsome delivery man at Serap’s factory, seemingly the only person who can bring a smile to her sallow, surly, focused face.

It soon becomes apparent that sharing an apartment with her father is, at least in Serap’s mind, the only chance for her to live a normal life. She desperately saves money, hiding the banknotes in a dark place at work and always pestering her father to give up his driving jobs and take up a new, safer and more stable form of employment. As the offspring of a highly dysfunctional family, she tries to compensate for this by nagging him into a safe existence, or taking care of a new colleague at the sweatshop.

The disturbing aspect of Until I Lose My Breath is that Emine Emel Balcı, who also wrote the screenplay, does nothing in order to make Serap a likeable character. She is there to prove that a harsh, strict environment will engender only sad creatures with no chance of integrating into a normal society. Serap is an index finger that scolds an entire generation for not taking good care of their children, turning them into individuals who are ready to do anything in order to achieve a skewed image of family life.

Esme Madra should receive praise for her performance. It is her debut as a main character in a feature, and everything is told from her point of view. Murat Tunçel's shaky camera follows her on the outskirts of a bleak Istanbul, an Istanbul of the poor, which bears no resemblance to the exotic, transcontinental metropolis admired yearly by millions of tourists. It is an Istanbul of hard work, deception and disappointments, and Serap will experience them all, weaved together into a suffocating fabric.

Until I Lose My Breath was produced by Prolog Film (Turkey) and Unafilm (Germany).

more about: Until I Lose My Breath

A dazzling line-up at La Rochelle

There is an exceptionally high-quality programme in store for the 43rd edition of the festival, which includes tributes to Marco Bellocchio and Olivier Assayas

Turkey's largest film event will show 204 movies from 62 countries, while the Cineuropa Prize will be awarded to a film from the National Competition

Until I Lose My Breath: An assured first feature 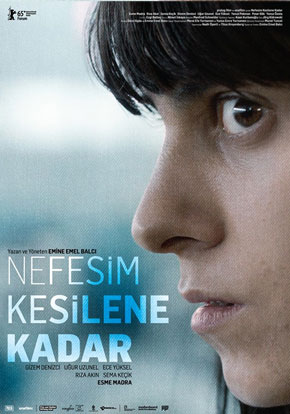 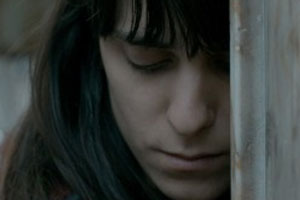