Diary of a Chambermaid by Jacquot and Seydoux

08/02/2015 - BERLIN 2015: Benoît Jacquot brings Octave Mirbeau’s Célestine to life with Léa Seydoux, at the pinnacle of her career

Léa Seydoux in Diary of a Chambermaid

French director Benoît Jacquot is anything but bored this season. After a stint in the modern world and at the Venice Film Festival at the beginning of September with 3 Hearts [+see also:
film review
trailer
interview: Benoît Jacquot
film profile], he goes back to past centuries and to Léa Seydoux with his new film, Diary of a Chambermaid [+see also:
trailer
film profile], in competition at the Berlinale (three years after Farewell My Queen [+see also:
film review
trailer
interview: Benoît Jacquot
film profile]), an adaptation of Octave Mirbeau’s celebrated novel that has already seen some loose adaptations by Jean Renoir (in 1946) and Luis Buñuel (in 1964). Jacquot’s ambitious mission has truly paid off in order for him to walk amongst these film giants, perhaps because he chose to use a more humble approach, sticking to the writer’s text. This method is often a slippery slope for those screenwriters who want to adapt a literary masterpiece (typically resulting in a poorer version of the story, conventionally filmed, with costumes and decorations of the era serving as dull crutches), but in this case, we have a very interesting final product with a few nice surprises.

For a period drama that is Jacquot’s film, it is true that some of the more original aspects, such as the flashbacks, come straight from Mirbeau’s book. Nevertheless, the director does not remain true to the end of the novel, which focuses on the mischief of the titular chambermaid, Célestine, once it is her turn to take over as mistress. Jacquot concentrates more on the young servant girl’s perception, mixed with disenchantment and distaste, of the nauseating behaviour of the haute bourgeoisie, whose secrets she is all too familiar with: the hidden chamber pots behind pieces of furniture, the pettiness of the privileged mistresses and the despicable lust of the patrons, who ogle every passing female and sleep with old and weary governesses with the same degree of indifference towards their being human beings as when they favour prepubescent teenagers. Faithful to the writer’s spirit, it is thanks to a superlative acting troupe - including Hervé Pierre, of the Comédie Française, and of course Vincent Lindon, playing the moody, anti-Semitic, crazy-eyed gardener who only wants to get his hands on Célestine - that Jacquot displays a remarkable characterisation of the different and repulsive bourgeois stereotypes: the weak master, cowardly and immoral; the manageress who plays both cupid and tyrant, with her annoying bell; the patron-concubine with no consideration for his wife, who takes care of him and who, in his eyes, is nothing more than a replaceable commodity...

While the acting is excellent across the board, the film naturally hinges on the exceptional performance of the lead actress. We know that Seydoux can certainly pull off the corseted dress and small hat, atop her blond curls, and we know the half trickster-half flapper allure that she can give off with her eyes. But in this case, it is her boldly voluptuous mouth that curves into all sorts of teasing or disdainful pouts that deserves an honourable mention. Once the actress begins delivering Célestine’s lines during voice-overs, Jacquot has us almost hanging on every word coming out of those delicious and muted, yet wildly expressive, lips of her character, magnifying her position of narrator, creating two stories, because when we look closely, her face tells a much greater tale.

Diary of a Chambermaid is produced by French outfits JPG Films and Les Films du lendemain, together with Belgium's Les Films du Fleuve, and is sold internationally by Elle Driver.

more about: Diary of a Chambermaid

Valeria Golino and Antonythasan Jesuthasan are also among the cast of this production being staged by Les Films du Lendemain and JPG Films, which will be sold by Elle Driver

The list includes many well-known names, such as Gus Van Sant, Benoît Jacquot, Małgorzata Szumowska and will be completed by mid-January. Two films have been selected for the Special Gala section

Isabelle Huppert back with Benoît Jacquot for Eva

The first clapperboard slams in January, with Gaspard Ulliel and Julia Roy also joining the cast. A film being produced by Macassar Productions and sold by EuropaCorp

There is a strong French presence across the entire official selection at Venice, including Planetarium, Never Ever and Heal the Living

Mustang wins the race at the Lumière Awards

My Golden Days in pole position for the Lumières

The filmmaker is adapting Don DeLillo with a cast that includes Mathieu Amalric, Julia Roy and Jeanne Balibar; production is being handled by Alfama Films

Shoot to start next Monday for Fleur de Tonnerre 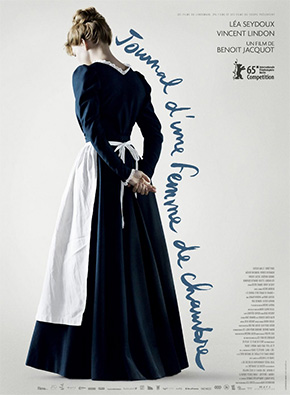 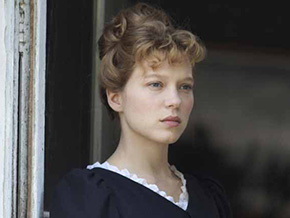 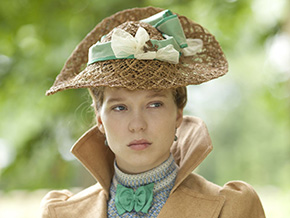 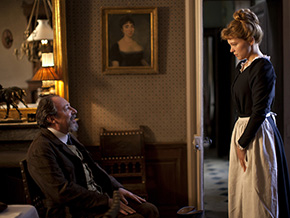 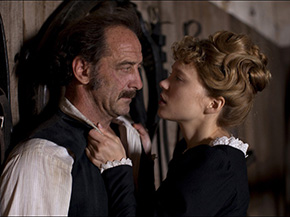