The versatile and experienced Austrian actor Karl Markovics won the Europa Cinemas Label prize at Cannes and the Heart of Sarajevo for Best Film in 2012 with his first movie as a director, Breathing [+see also:
trailer
film profile]. It was a striking debut, and the director has now had the world premiere of the (always tough) second film, Superworld [+see also:
trailer
interview: Karl Markovics
film profile], in the Berlinale's Forum section. The result is quite intriguing, and while it might seem less disciplined and somewhat overstretched compared to his first feature, Markovics' sophomore effort has plenty to offer.

Gabi Kovanda (Ulrike Beimpold) is a middle-aged supermarket worker, living a comfortable but dull life with her husband, landscape engineer Hannes (Rainer Wöss), and professional-soldier son Ronnie (Nikolai Gemel). The apparent emptiness of her existence, exemplified by detail shots of the repetitive movements she makes in the supermarket and at home, is suddenly filled with God – or what she interprets as God.

It starts with her hearing strange sounds from household appliances and progresses from intermittent lapses of attention to full-on verbal discussions with the voice in her head. She strays away from home for days, unable to adapt the influence of this overbearing force to her everyday life, which leads to some bitterly humorous situations. The denouement, brought on after a powerful build-up in the last third of the film, is much more down to earth, but depending on the audience’s theological views, it could also be argued that the end of Gabi's story is just heavenly.

There is, however, no question about Markovics's view: the title of the film, while it certainly refers to the lead character's workplace, is also reflected in its visual style, with numerous and meticulously executed bird's-eye shots (by DoP Michael Bindlechner) closing in on the heroine, no matter whether she is getting rolls of toilet paper down from a high shelf in the supermarket early in the film or walking down the road in torrential rain near the end.

Although her character is driven by a higher force, Beimpold is the powerful engine of the film, while Wöss strikes just the right balance between a disinterested, beer-guzzling male and a caring husband. However, more might have been made out of the character of their son. A slightly deeper exploration of his unusual profession combined with the fact that he is still living with his parents, while his sister Sabine (Angelika Strahser) has moved away to live with her boyfriend, could have added more substance to the family-life part of the story, as it represents a weirdly interesting angle.

Still, the film holds together remarkably well despite being somewhat overstretched and repetitive, and one can always argue that the main character's life was exactly like that before she encountered God.

“Film should provoke anything but boredom”

The Bratislava International Film Festival has a makeover

Mustang wins the Heart of Sarajevo

Deniz Gamze Ergüven’s movie has emerged triumphant at the Bosnian festival, where Son of Saul and Chevalier were also honoured with awards, while Superworld was handed the Cineuropa Prize

Sarajevo competition to include Son of Saul, The High Sun and The Treasure

The Sarajevo Film Festival has announced its feature and shorts competitions, as well as the In Focus programme

The major festival hits join some unusual artistic endeavours for the anniversary edition; Richard Gere is to receive the festival’s highest honour

The Lecce European Film Festival kicks off on 13 April

For its 16th edition, the festival’s guests of honour will be Bertrand Tavernier, Fatih Akin, Milena Vukotic and Paola Cortellesi. There will be 10 European films in competition 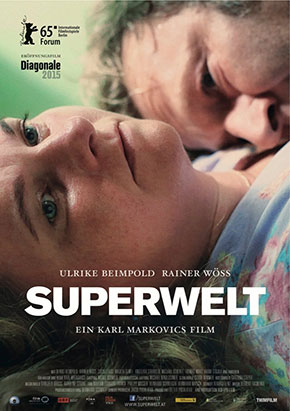 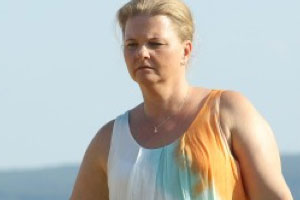