BERLINALE 2015 Out of competition

Every Thing Will Be Fine, especially in 3D

11/02/2015 - BERLIN 2015: Wim Wenders tries his hand once again at 3D for a portrait of James Franco as a writer and of Charlotte Gainsbourg as a mother, with some magnificent sets

Charlotte Gainsbourg and James Franco in Every Thing Will Be Fine

The presence of the press at the 65th Berlin Film Festival was so great for the official screening of the movie in competition Every Thing Will Be Fine [+see also:
trailer
making of
film profile] that organisers had to open an enormous additional theatre. In Berlin more than anywhere else, the next movie by Wim Wenders would undoubtedly arouse huge curiosity, particularly since the film crew brings together the inevitable James Franco (starring in three of the films from the official selection, including the American production also in competition Queen of the Desert, by the other great German director whose name starts with W: Werner Herzog), the no less omnipresent Charlotte Gainsbourg (who is shackling the most popular productions with a genuine simplicity that's entirely to her credit), the Quebecois Marie-Josée Croze, her young English-speaking compatriot Rachel McAdams and the smiling Swede Peter Stormare. Production is as diverse as the film crew: managed by the director's Berlin company, Neue Road Movie, with partners from Canada, France (Bac Films), Sweden (Göta Film, Film I Väst) and Norway (Mer Film). Wenders' new endeavour and these beautiful people have thus unsurprisingly witnessed flocking crowds of festival-goers, to whom 3D glasses had to be provided, the cult director having evidently decided to give our eyes a feast.

That's the film's raison d'être in fact. As Wenders explains himself, the Pina experience gave him the opportunity to realise the still enormous potential of 3D and to set the scene for an even more thorough exploration of this medium. For this he needed grandiose sets that could be snow-covered like the North Pole in winter, radiant when the sun bathes the golden fields, melancholic and orange-coloured when the Autumn turns leaves brown and makes them fall from branches as if created by a fairytale story-teller, and all not that far from the city... The German director discovered this fabulous backdrop in Canada and he offers us an un-paralleled visual experience that is proof of his art (and that of his Belgian director of photography Benoît Debie): at a time when digital technology means visually trying content, the master of the 7th Art fully exploits it to create some divine compositions. The choice of this unforgiving medium also required very delicate casting and direction work, accurate enough to allow the actors to be as natural as possible from one take to the next, the constant presence of two cameras leaving no room for artificiality, and it must be said that every one of them did an elegant job of it.

As for the story, Wenders says that it found him: when he first noticed Norweigan screenwriter Bjørn Olaf Johannessen at the Sundance a few years ago, enough to make him promise to send him his next work, he didn't think he would make a movie out of it. The main character, Tomas (Franco), who we almost never take our eyes off of (just like he never leaves his little notebook down) is a writer lacking inspiration and unlucky in married life – his is subject to a tragedy that will change his feelings forever, but will fuel his writing: while he's driving his jeep along the white winter roads, he hears a muffled thud and realizes that the impact was in fact fatal to little Christopher's younger brother. With the passing of time - over twelve years - even though he hardly ever crosses paths with the child and his single mother (Gainsbourg), their lives follow two parallel lines, he pursues an ever more successful career and ends up marrying a woman who's already a mother who allows him to become a father to her daughter, and she, despite the loss of her child, will pursue her quiet life while raising Christopher. Through this clearly mapped chronological tale, the filmmaker tackles the issue of guilt. This guilt won't disappear with time, a genuine confrontation is necessary. He does especially from the point of view of the author, that inscrutable selfish being, who draws from real life, like a thief, elements for which he is the only one to receive the credit (which Christopher, older now, believes is unfair for his mother).

The entire work is very well done and sprinkled with beautiful scenes but remains quite conventional and a bit repetitive. Once again, the heart of the film is truly the exploration of image, and yet on this level, Wenders hits the nail on the head, particularly in the way in which he develops, like he never would have been able to do in any other format than 3D, the window or transparent screen motif through which Tomas initially tries to watch out for his inspiration, which disappears when he finds it, and comes back later when his writing career is established – only this time, he's the one being watched by a curious eye through a lens like a director looks at the world through his camera lens, or, in this case, his two camera lenses...

International sales of Every Thing Will Be Fine are managed by British company HanWay Films.

more about: Every Thing Will Be Fine

Lars Kraume’s The People vs Fritz Bauer was the big winner with six Lolas, while A Heavy Heart followed close behind with four

Every Thing Will Be Fine, especially in 3D 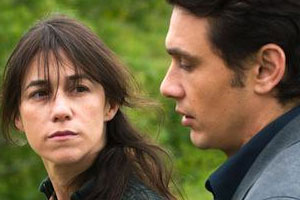