Hand Gestures in the ideas forge

11/02/2015 - BERLIN 2015: Starring in the documentary by Francesco Clerici is artist Velasco Vitali, engrossed in creating a sculpture in the Battaglia Artistic Foundry

Hand Gestures [+see also:
trailer
film profile], a documentary by 30-year-old Milan director Francesco Clerici, arrives at the 45th Forum, the Berlinale sidebar dedicated to experimentation. The movie will later be hosted by the Beijing and Montevideo festivals. It stars artist Velasco Vitali, engrossed in creating a sculpture. But the "star" of the documentary is also the location, the Battaglia Artistic Foundry set up in Milan in 1913 and still active, a favourite historic location for many artists who frequented its workshops.

With a classic approach that's careful and slow, this young director, creator of Storie di cemento (lit. Cement Tales) about a former juvenile institute in Milan, follows for over 70 minutes all of the stages involved in creating a bronze dog sculpture. The sculptor Velasco Vitali, who observes his creature in red wax and steps in with gouges and other instruments, is surrounded by craftsmen who create the opus: one applies plastic tubes to the model, another covers it with clay, another cooks it in the ovens for days, another pours the cast bronze and finally one of them removes the sculpture from its shell and brings it to life.

The only concession to the linear montage are the flashbacks obtained from 16 millimetre film archives that illustrate in black and white how those gestures were the same fifty years ago. Moreover, the techniques used today are exactly the same as those used for the Riace Bronzes in the 5th century BC.

What we witness is a genuine "birth", in the incessant grumbling of the furnaces, a bit like how we might imagine Vulcan's forge. The sculptor's gesture is the closest to that primordial one conceived by the Old Testament, in which a God-creator shapes living things on earth. But art is not only about creative output, an insight to a point in time. It's about doing, organizing, relying on ancient gestures and time-tested techniques. Above all it's a job that can't be done alone. The anonymous craftsmen participate in the artistic experience, in this "birth" of an idea of beauty that overlooks the world. After all, as Salvador Dalì said, the least one can ask of a sculpture is that it stays still.

Set to unspool from 5-8 October, the Arthouse Cinema Convention promoted by FICE will welcome over 500 industry professionals

Debut works under the stars in Palermo

Films focusing on art are in competition in Wroclaw

Hand Gestures in the ideas forge

BERLIN 2015: Starring in the documentary by Francesco Clerici is artist Velasco Vitali, engrossed in creating a sculpture in the Battaglia Artistic Foundry 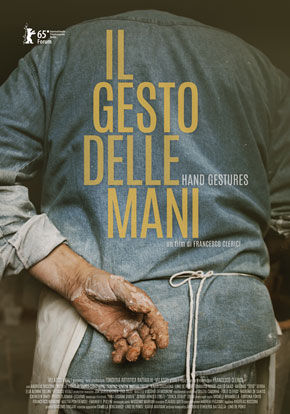 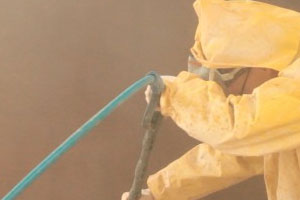