12/02/2015 - BERLIN 2015: Laura Bispuri tells the story of how a young woman becomes a man in order to escape from the destiny set in stone for women by the patriarchal archaisms of deepest Albania

An Albanian father shows a rifle shot to his daughter: this is his way of telling her that she has just been betrothed to a man, and that by way of a guarantee for her submission to her husband-to-be, the father himself must include the bullet in the dowry. In her feature debut, Sworn Virgin [+see also:
trailer
Q&A: Laura Bispuri
film profile], in competition at Berlin, Italian director Laura Bispuri has decided to take on a serious and revolting topic: the situation of women in certain patriarchal societies based around archaic social codes – specifically in rural Albania, a closed world that is unfamiliar to other countries, especially since the nation’s film industry is still in its infancy. Nevertheless, four years ago, the Berlinale competition already welcomed a film co-produced by Albania, focusing on the summary justice that the natives of that country dispense directly on one another, in line with the rules indicated by the laws of the Kanun: that movie was The Forgiveness of Blood [+see also:
trailer
film profile] by US director Joshua Marston (read the review). This time around, it is an even more fresh-faced industry that is making its very first appearance in competition at Berlin, thanks to Bispuri’s film: that of Kosovo, which since 2004 has been endowed with a National Cinematography Centre. Incidentally, this production by Italian outfit Vivo Film (together with Albanian, Swiss and German partners; the title also received support from the MEDIA Programme) was partly shot in the spectacular but unsettling landscape of the mountains that separate Albania from Kosovo – the ranges that are often referred to as the Mountains of the Damned.

The particular character we follow is a young woman dressed as a man, who calls herself Mark and shows up at her sister Lila’s (Flonja Kodheli) house in Italy, after they have spent 14 years apart. For a short while, the suspense remains focused on her situation, but through a number of regular flashbacks showing the time when Mark had long hair and called herself Hana, we come to understand that in order to escape from the unyielding oppression that women in Albania must suffer, in accordance with the law of the Kanun, she chose to become a sworn virgin and eliminate any outward sign of femininity so that she could fit into a society dominated by men. Back to the present day, in Italy, this whole other world in which girls can be as feminine as they wish – or not – the character, brought to life by the inimitable Italian actress Alba Rohrwacher, who resolutely refuses to shy away from any challenge (her physical transformation is doubly impressive in this instance owing to the difficulty of the Albanian language, which she employs in the film in a completely convincing manner), is faced with a different form of silence and repression. Cut off linguistically (because while Italian is undoubtedly the country’s most widely spoken foreign language – due to the fact that Italy is well known for being a popular country for Albanians to emigrate to – it is spoken less frequently in the countryside), which only adds to the lack of understanding that her choice is met with in this country with no Kanun, again, she no longer knows who she is and feels a number of long-repressed instincts (just like her chest, squeezed underneath tight cotton bands, which begin to itch and eventually become unbearable) resurface.

Rohrwacher gives a remarkably delicate performance, and the audience can study her every minute expression and inconspicuously awkward movement, akin to those of a little boy; Bispuri’s camera responds to this with a great delicateness, particularly in the recurring setting of the swimming pool, a place where people's bodies are totally free and exposed, which is just as alienating as it is fascinating for Mark/Hana. The reunion with her sister also represents a reunion with herself, or rather a discovery, as she has been used to being “nothing much” for such a long time; but we can also sense that this time, the transformation that is beginning here will be a permanent one – one that there is no turning back from.

International sales for Sworn Virgin are handled by the German firm The Match Factory.

“A frozen body that progressively defrosts”

“Cinema is made of women standing in the background”

Review: Daughter of Mine 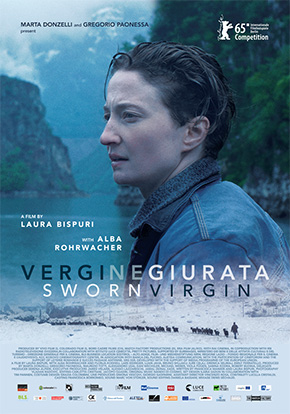 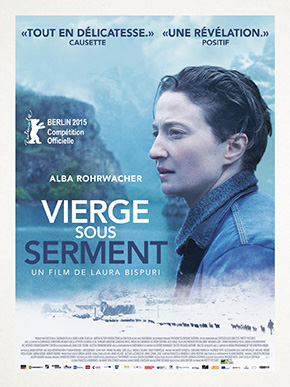 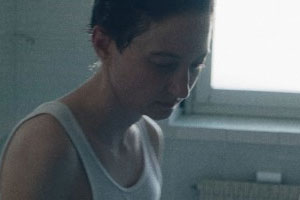 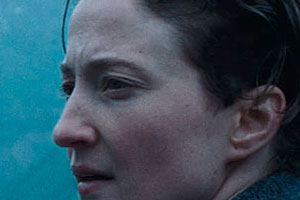 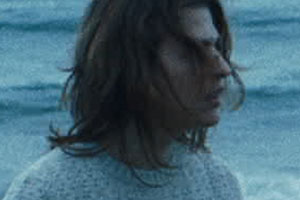 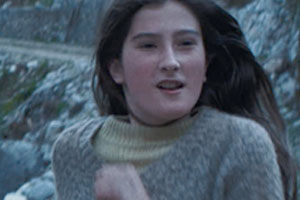 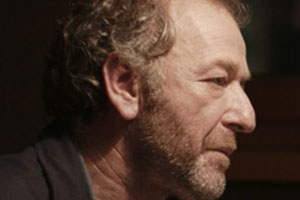 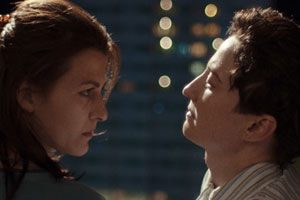