13/02/2015 - BERLIN 2015: Étienne Faure's feature about a real burlesque club in Brooklyn beautifully uncovers one side of America today

Have you ever seen a disabled person allegorically snap racism in two using their forehead? Or somebody symbolically ejaculate Black Forest gâteau all over their body? No? Well, then you need Bizarre (a small Brooklyn burlesque joint) in your life. And Étienne Faure has made that a possibility with his eponymous, 98-minute fictional homage, Bizarre [+see also:
trailer
film profile], which was shown as part of the Berlinale's Panorama programme this year.

This French and American co-production follows a young French émigré, Maurice, who like many others travels to America to start afresh. He starts in good jest, too, by addressing us directly: "I'm speaking in English because the director asked me to," he says, as we watch him living vagrantly. "I do not exist," he further confides, because the unrewarding capitalist routine he has found himself in (for reasons unexplained) obscures him awfully.

This youth's remarkable cherubic beauty soon sees him snapped up by Bizarre's fictional owners - two equally beautiful girls (Rebekah Underhill and Raquel Nave) who have the look of models about them. With relative ease, he then slots into their world, too, and once there, the film takes on an interesting documentary texture. The acting performances seem raw, and the camera maintains an often voyeuristic distance. The gorgeous episodes of burlesque abandonment are also enacted by real performers in real shows.

This is by far the film's most arresting aspect. The red-light world that Faure opens up, where anything goes for a small sect of artistic hedonists, proves to be incredibly heady. And Faure manages to make it feel like an entire world as well, by always keeping the film in small, intimate, confined spaces. Perhaps this is just the sensation given by any major conurbation, but Bizarre's Brooklyn really does become a mesmerising frame.

And the director's love for this setting rings out loud and clear. Skyscrapers, scruffy apartment blocks, boxing rings and beaches, those distinctive inner-city trains and the iconic Brooklyn underpass (seen in films like The French Connection) all make cherished appearances. But we always gravitate towards the Bizarre club, always in time for another night of sexualised creativity, as if it were the centre of the universe. And there, Maurice finds enough freedom to begin a gay love affair with Luka (played by the incredibly androgynous Adrian James). Together, they provide us with yet another studied French look at how incomplete and unsatisfactory society's sexual and gender hegemonies are, with lots of liberating liberalism along the way.

This world of experimentation is always at risk of violent reactions and sudden dramatic explosions, however. Rather sensitively and affectionately, Faure has presented the side that lies beyond burlesque's performative freedom - a side that seems unstable, uncertain and uneasy. He also catches the fragility of this real club in a rapidly gentrifying context. It will prove fascinating to see how the club he has immortalised in film will fare in reality over the next few years…

Bizarre is represented by US sales agent Visit Films.

BERLIN 2015: Étienne Faure's feature about a real burlesque club in Brooklyn beautifully uncovers one side of America today

In total, France will be represented by 26 features produced with 21 countries in the various sections of the Berlinale 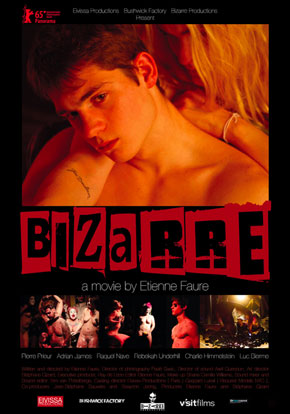 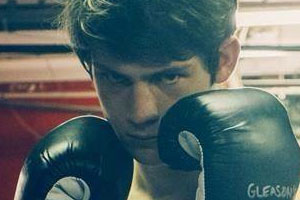