27/03/2015 - The film by Pierre Jolivet, starring Olivier Gourmet, will be in French theatres from 8 April with independent distributor Ad Vitam

Olivier Gourmet in The Night Watchman

After Thomas Piketty, who from a left-wing perspective and with a macroeconomic approach tackled the injustices of capitalism, the work of the moment in France was made by 36-year-old Agnès Verdier-Molinié, who with a liberal approach attacks the intrusion and the inefficiency of the strong state, social welfare, civil servants and the 35-hour week. "It would be wonderful if economists could achieve the same level of skill, humility and usefulness as dentists," wrote John Keynes in 1930. Today, in the aftermath of the crisis, these well-paid first-class university professors’ prescriptions are worth a 200 euro note. Just ask Franck, the protagonist of The Night Watchman [+see also:
trailer
film profile], a film by Pierre Jolivet screened at the Bif&st di Bari and in cinemas in France from 8 April with independent distributor Ad Vitam.

At 52 years of age, Franck (Olivier Gourmet) is forced to work as a night watchman in a shopping centre in Othis, the outer suburbs of Paris. In the past he worked as a factory labourer and a trade unionist. Now he sleeps by day and bored at night at work, he fixes electric appliances for friends and colleagues, fights with his sister who wants to leave her husband, and is intrigued by the behind and life of a divorced woman with children (Valérie Bonneton) who works at the job centre. He expects a pension that will condemn him to a miserable elderly life. But the criminals who have corrupted one of his colleagues and who are organizing a bank robbery at the shopping centre reawakens in him something that had been buried by humiliation. Perhaps he’s becoming a do-it-yourself citizen taking matters into his own hands...

The Night Watchman is a hybrid, half thriller, half social film about the employment crisis. With an ambiguous morality. Pierre Jolivet, who at 15 years of age with his brother Marc organised shows in the factories on strike during the "French May" student revolts in '68, began with a crime movie in 1989, Force Majeure, and moved through various genres, although thriller is the one in which he best gauges the times, and the one that has made him more popular among the public: see Fred in 1997 and Armed Hands [+see also:
trailer
film profile] in 2012. Enough good has already been said of the protagonist Olivier Gourmet, the Dardenne brothers’ favourite actor. Here he confirms his magnificent talent as a natural actor, capable of creating impressive "tranches de vie" that correspond to reality.

more about: The Night Watchman

Arthur Dupont and Alice Bélaïdi play the lead roles in the director’s 17th feature, which is being produced by 2.4.7. Films and will be sold overseas by Be For Films

There is a stellar cast on the cards for this film condemning anti-Semitic clichés, produced by La Petite Reine and set to be distributed in France by Wild Bunch

The Story of Judas and Leopardi charm the critics

The film by Pierre Jolivet, starring Olivier Gourmet, will be in French theatres from 8 April with independent distributor Ad Vitam 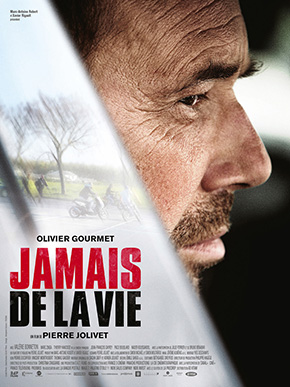 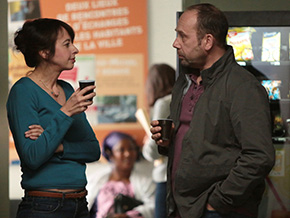 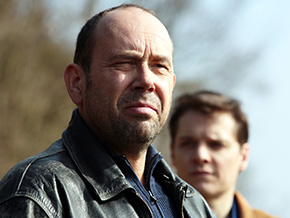 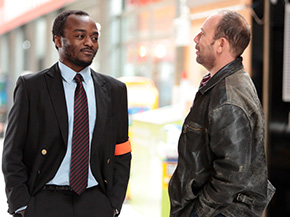 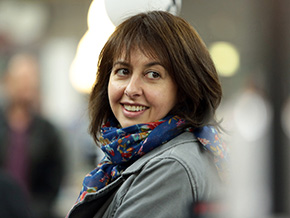