04/05/2015 - The graduation film by Juliana Fanjul, A Mexican director trained in Cuba and Switzerland, is certainly one of the revelations of the Helvétiques section of Visions du réel

The courage and urgency that springs forth from the first feature film of Juliana Fanjul herald the arrival of a politically committed filmmaker who is not afraid to rethink her everyday reality, to pick through the ambiguity that has surrounded and nurtured her since childhood.

Muchachas [+see also:
trailer
film profile], one of the revelations of the Helvétiques section of Visions du réel, came about at a particular time when, following the death of her grandmother, Juliana Fanjul returned to Mexico, to the house she grew up in. In the large bourgeois apartment they have to now start emptying, she runs into Remedios (Remi), who has been the loyal housekeeper of the family for some 22 years; she is a discrete and essential presence who mourns in silence, the same silence that has accompanied her throughout her years of service. This enlarged family, a sort of self-sufficient microcosm, is transformed into a metaphor for an entire society, Mexican society, which is marked by a profound social divide.

Juliana Fanjul decides to finally give a voice to these women of the shadows, the keepers (whether they like it or not) of an entire family history. What makes Muchachas so incredibly interesting and different is the point of view of the director, who goes from being an (ignorant) perpetrator of this “segregation” to a keen observer, who gives an impartial picture of a situation which appears today before her own eyes in all its cruelty. Armed with a new and powerful weapon, her camera, Juliana Fanjul tries to trace the roots of the discrimination that marked her entire childhood, when she was an unwitting accomplice in a situation which is intolerable today.

Without allowing this feeling of guilt to cloud her objectivity, Fanjul goes “behind the scenes” of a performance that is repeated every day, without end. The discretion of all these devoted workers crumbles under her gaze, forcing us to feel the weight of the hard work they face on our shoulders. The laboured breathing of Remedios as she returns to the house certainly makes the fruits of her efforts, the feast laid out for the family and their friends, a little less appetising. The objectivity with which the director follows the everyday routine of Remedios, Dolores and Lupita stops her from falling into rhetoric. The questions she asks are as sincere as her gaze, constantly divided between tenderness and pain. The well-calibrated voiceover does not highlight or emphasise the situation, it actually makes us part, in a lucid and objective way, of a reality as unjust as it is sadly taken for granted.

The constant parallels between the lives of the family and the never-ending work of their housekeepers, invisible to the formers’ eyes, are drawn in a worryingly banal way. The film’s soundtrack (there is no extra-diegetic music in the film, just the sounds of the everyday) emphasises the divide between these two realities even more: on the one side it is the racket of plates in the sink and the din of the city that reigns supreme, on the other the calm bliss of notes of classical music delicately filling the air, an awkward and clumsy dance between two worlds that are so close and yet never meet. Muchachas concludes with the faint echo of domestic work, which vanishes in the same discreet way that characterises Remi, Dolores, Lupita and all the others. This is a personal and necessary film that tries to re-establish a dreamt-of state of equality.

Muchachas is produced by the University of Applied Sciences and Arts of Western Switzerland ECAL/HEAD.

At the Zurich Film Festival, Cineuropa had a chat with Juliana Fanjul, director of Silence radio, about Mexican journalist Carmen Aristegui

Juliana Fanjul’s film gives a platform to journalist Carmen Aristegui, one of the most powerful voices in the Mexican opposition

The graduation film by Juliana Fanjul, A Mexican director trained in Cuba and Switzerland, is certainly one of the revelations of the Helvétiques section of Visions du réel 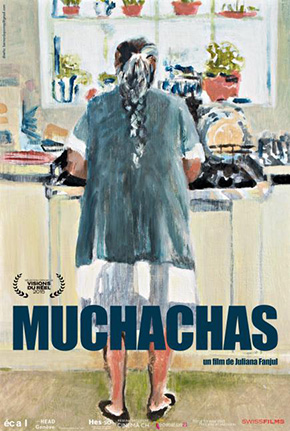 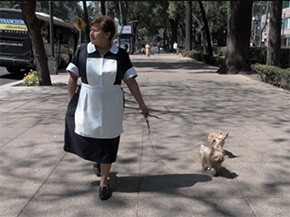 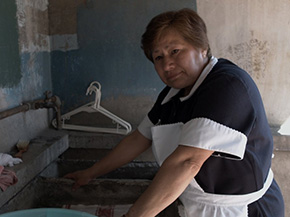 Manu Gómez • Director of Once Upon a Time in Euskadi

The Basque filmmaker makes his debut with a feature film set in the tumultuous decade of the 80s, seen through the eyes of the child that he was back then