In a remote Icelandic farming valley, two brothers who haven’t spoken in 40 years have to come together in order to save what’s dearest to them – their sheep. Grímur Hákonarson’s Rams [+see also:
film review
trailer
interview: Grimur Hakonarson
film profile] builds its story on these grounds, following Gummi (Sigurður Sigurjónsson) and Kiddi (Theodór Júlíusson) as they try to stave off the disaster – that of a lethal disease infecting the latter’s sheep – in their own fashion: Gummi by using his wits and Kiddi by using his rifle.

Grímur Hákonarson’s second film has been selected in the Un Certain Regard section at the 68th Cannes Film Festival, which marks the first Icelandic entry in the sidebar since Dagur Kári’s Dark Horse [+see also:
trailer
film profile] in 2005. The film is an Icelandic-Danish co-production, which was staged by Grímar Jónsson for Iceland’s Netop Films, and co-produced by Ditte Milsted and Jacob Jarek for Denmark’s Profile Pictures. Warsaw’s New Europe Film Sales is handling international distribution.

Rams marks Hákonarson’s second fiction film after Summerland (2010) and his documentaries Pure Heart (2012) and Hvellur (2013). His short film Wrestling (2007), premiered in Locarno, is one of the most successful short films from Iceland, having won 25 festival prizes around the world.

Check out the poster and some stills from the film below. 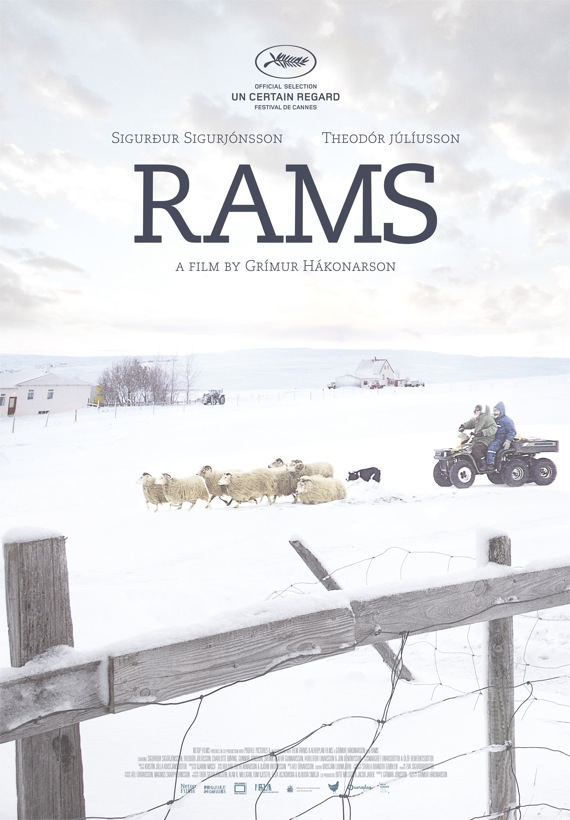