Tale of Tales: Garrone in the murky forest of fairytales

13/05/2015 - CANNES 2015: In his first ambitious English-language production, Matteo Garrone defends and heightens the symbolic power of that literary genre that dips into collective unconsciousness

Stacy Martin in Tale of Tales

Desire and the search for a “compensatory elsewhere” is leading to the success of TV series, videogames and novels set in an enchanting, dynamic and highly oleographic Medieval era that lays down a bridge to modernity. For his first ambitious English-language production with a budget of €12 million, Italian director Matteo Garrone tapped into one of the most seminal and archetypal collections of fairytales. Indeed, Lo Cunto de li Cunti by Neapolitan author Giambattista Basile, also known as Pentamerone, published between 1634 and 1636, went on to inspire masterpieces by Charles Perrault, the Brothers Grimm and Hans Christian Andersen: Cinderella, Puss in Boots and Sleeping Beauty.

In competition at the Cannes Film Festival, Tale of Tales [+see also:
trailer
Q&A: Matteo Garrone
film profile] defends and heightens the power of that literary genre (once oral) that dips into collective unconsciousness. Garrone deploys all the classic Medieval characters – the witch queen and terrifying mother, the father-ogre, the wizard, the young hunter, the vagabond, the hero and the seductive princess – maintaining the horror that has characterised all his films and building his own bridge to the present day, but in a new sumptuous, cinematic way that is more entertaining.

Three stories, acted out by an international cast, weave together and follow on from each other in Tale of Tales. In the first story, the queen, Salma Hayek, sacrifices her husband, played by John C Reilly, and her very soul to have a son (Christian Lees), putting into practice the advice of necromancer Franco Pistoni. We then see another king, played by Toby Jones, as he is forced to give his daughter, princess Viola (Bebe Cave), away in marriage, whereas he had come up with a complex ploy to keep her by his side, which will lead to numerous dramatic plot twists, culminating in the princess being kidnapped by the Ogre, Guillaume Delanay. In the third story, the lecherous king, played by Vincent Cassel, becomes infatuated with someone he believes to be a young girl (Stacy Martin), of whom he has only heard the melodious voice, while in reality she is an aged and ambitious harpy (Hayley Carmichael).

At the heart of Garrone’s fantasy are life and death, wickedness and purity, the latter of which is represented by circus performer Alba Rohrwacher, who delicately ties the three stories together. Above all though, there is betrayal of sentiment: a mother tricks her son, a father his daughter, a sister her sister. The film contains no shortage of Garrone’s "freaks": there’s the queen who eats the heart of a dragon, the albino twins, the king who raises a flea to the size of a cow, the old washerwomen sisters, and above all, of his traditional visual devices: the sea monster seen through a diving mask by the king in the style of Jules Verne recreates the same perspective of the Marabou in the opening scene of The Embalmer, the film that got Garrone noticed at the Directors’ Fortnight of Cannes in 2002.

With a very large budget available, the director of Gomorrah [+see also:
film review
trailer
interview: Domenico Procacci
interview: Jean Labadie
interview: Matteo Garrone
film profile] was able to choose fairytale locations (Castel del Monte, the ravines of Alcantara, the Sasseto Forest) and put together more complex visuals, elaborating on his many cinematographic and pictorial inspirations. These are elements that could bother those who loved the “handmade” quality of his first films, but which once again show his skills as a writer and talent as a director, which as of yet seems boundless. The parallel editing certainly slows down the narrative of the three stories, which play out to the pizzicato, xylophone-dominated score of Alexandre Desplat. But it is this very respect for ancestral storytelling that makes the film so special.

Tale of Tales is a co-production between Archimede and Le Pacte with RAI Cinema and Recorded Picture Company. Its international distribution will be handled by Hanway Films.

more about: Tale of Tales

CANNES 2015: Matteo Garrone talked to the press about his new film, Tale of Tales, screened in competition at Cannes

The director has kicked off filming in Senegal on his new movie, which is produced by Archimede with Tarantula and based on a tragic story of immigration

BERLINALE 2020: We caught up with Matteo Garrone to discover more about his Roberto Benigni-starring adaptation of Pinocchio, screening in the Berlinale Special section

The David di Donatello Awards: 16 nominations for They Call Me Jeeg and Don't Be Bad 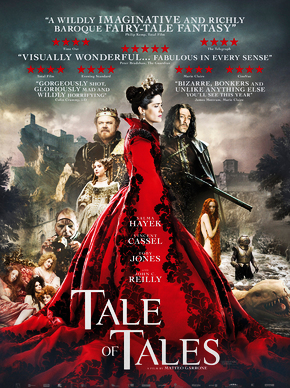 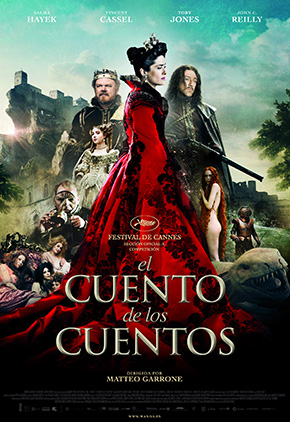 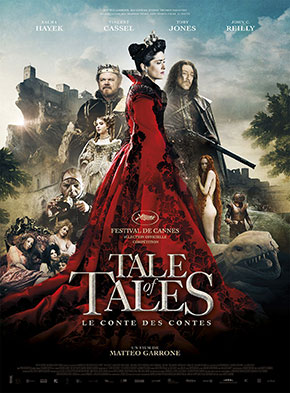 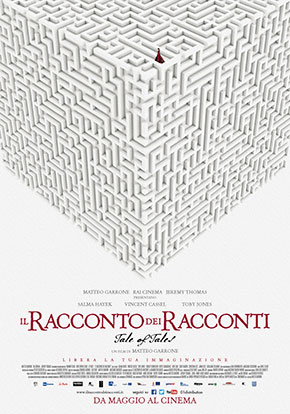 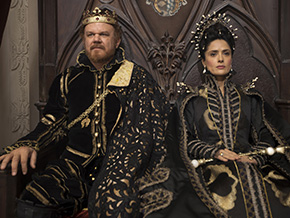 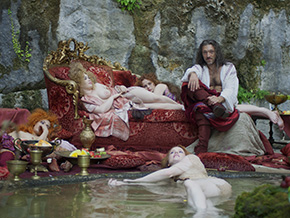 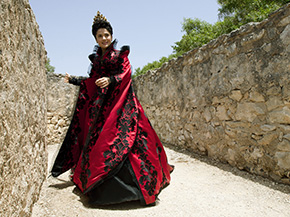 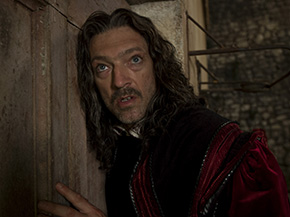 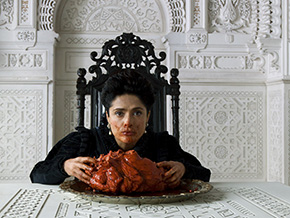