The Measure of a Man: The moral violence of modern times

18/05/2015 - CANNES 2015: Stéphane Brizé makes a strong impression at his first Cannes Film Festival with a powerful and profound film about society starring the outstanding Vincent Lindon

Vincent Lindon in The Measure of a Man

He's a man like any other, an unassuming individual trapped in the net of long-term unemployment and wandering the moral desert created by the large economic machine of the contemporary world. Unlike the imaginary superheroes that flood our screens, French filmmaker Stéphane Brizé is interested in the most ordinary of realities in The Measure of a Man [+see also:
trailer
interview: Stéphane Brizé
film profile], being screened in competition at the 68th Cannes Film Festival. A first foray into international cinematographic gotha which is no coincidence, as over the course of his career the director has perfected a passionate and highly personal style which bores into the soul of humanity with a mixture of harshness and tenderness and a sober intelligence which rejects all Manichaeism. Having already reached maturity, he succeeds in giving life to fiction bursting with powerful realism that is anchored in observation and the sharpness of perception. And this form of cinema, within the grasp of the general public, which asks big questions about society without forcing a response, or falsifying the narrative, is perfectly portrayed by Vincent Lindon, an actor whose bargaining chips, natural presence and an incredible ability to play "men of the people", excel in this film in a way that is all the more fascinating due to the fact that his fellow actors are all non-professionals (who also give very sound performances).

Skilfully handling the ellipses, the screenplay (written by Stéphane Brizé and Olivier Gorce) closely follows Thierry, a 51 year-old crane driver who has been out of work for nearly two years. If nothing changes, he will soon be left with an income of just 500 euros a month with which to support his family and ensure the future of his disabled son. His desperate need of work leads to "humiliating" episodes in which he tries to make a good impression and make himself look as accommodating as possible: a fruitless appointment at the Job Centre, a job interview via Skype ("I'm going to be honest with you. There's very little chance of you being hired"), a discussion with his bank manager ("taking out life insurance would allow you to face the future more calmly"), simulated recruitment exercises in which his flaws (posture, politeness, expression, the power of his voice and the rhythm of his speech) are closely scrutinised by people who are unemployed like him. He lives a lonely life despite the support of his wife, with ever-dwindling funds that force them to put their mobile home on the seafront up for sale and enter into fierce negotiations for a few hundred euros during which Thierry nonetheless exercises what little freedom he has left. Then he happens upon a life-saving job as a security guard at a superstore, a post which nevertheless turns out to be just as ethically toxic as his life before it. This opens up a universe of widespread suspicion (fuelled by 80 surveillance cameras) and interrogations which highlight the problem of poverty (an elderly person stealing meat, a cashier stealing discount vouchers, etc). All in all a microcosm reflecting an unforgiving world in which everyone does exactly what they are told to do, which inevitably throws up the question of where the boundaries of conscience and personal ethics lie...

Perfectly balancing the harshness of the subject matter with an ever-benevolent look at the weaknesses of humanity, Stéphane Brizé takes the time to allow the truth behind his sequences to emerge, patiently exploring the physical reactions of his protagonist in the permanent and insidious climate of the economic system and its mechanisms. A quest for the imperceptible which little by little gives astonishing force to The Measure of a Man, a stripped down, sensitive piece which you don't forget. And just like his main character, the filmmaker could very well say: "Let people know what's going on. You don't do just anything with them. You treat them well."

Produced by Nord-Ouest-Films, The Measure of a Man will be released in French theatres tomorrow by Diaphana, with sales abroad being handled by MK2 International.

more about: The Measure of a Man

"Personal ethics and the place you choose to accept"

CANNES 2015: Interview with French filmmaker Stéphane Brizé, in competition at the 68th Cannes Film Festival with The Measure of a Man Best Actor

“Wow, we thought Brizé would do a left-wing caricature – but he shows some truthful things here!”

Filming wraps on Géraldine Nakache's I'll Go Where You Go

"The brutality of the world is grounds for investigation and intrigue" 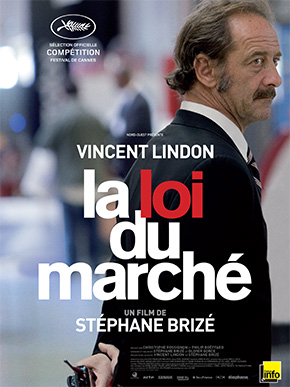 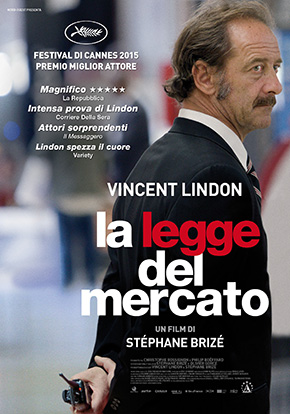 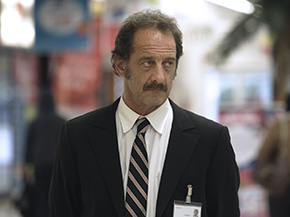 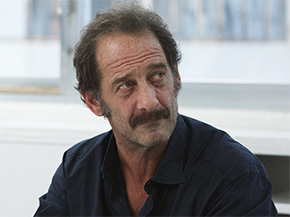 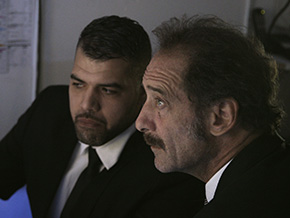 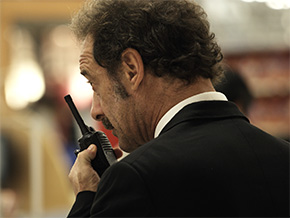