14/05/2015 - CANNES 2015: Radu Muntean unveils a highly subtle and skilfully staged psychological film about a man at odds with his conscience

Teo Corban in One Floor Below

Back on the Croisette where his film Boogie [+see also:
film review
trailer
interview: Dragos Vîlcu
interview: Radu Muntean
film profile] was screened in 2008, followed by Tuesday, After Christmas [+see also:
film review
trailer
interview: Radu Muntean
film profile] in 2010, Romanian filmmaker Radu Muntean has confirmed his ever-blossoming talent with the outstanding One Floor Below [+see also:
trailer
interview: Radu Muntean
film profile], which is being presented in the Un Certain Regard section of the 68th Cannes Film Festival. Built on a style which favours suggestion through images, taking care to only give the viewer the keys to interpretation that are absolutely necessary, the director beautifully demonstrates the power of staging and observation. He takes a psychological approach to a shrewdly developed plot bordering on a thriller, also producing a hidden intriguing discourse on people and the animality and toxicity of the modern age.

Unfolding at a sustained and rather enigmatic rhythm, One Floor Below closely follows Sandu Patrascu (the talented Teo Corban), a hyperactive father who spends his life on the go, mobile phone in hand, managing his small business as an intermediary in administrative matters for changing car registration plates. Focused on his professional activities, his dog (which he enters into competitions) and his diet, this rather ordinary man’s life is turned upside down by an event which takes place in the building where he lives with his wife and young son Matei. One day he stumbles upon a stormy row between two of his neighbours, a woman and a man, and the latter notices Sandu. A few hours later, the woman is dead and the police are on the scene. Was it an accident? Has a crime been committed? No one knows and Sandu keeps quiet about what he witnessed. His silence slowly but surely works away at him, just like he works away at Vali (Iulian Postelnicu), the neighbour he suspects (but who no one else suspects) who quickly gets close to Sandu, availing himself of his professional services and prying into his private life. A tense relationship, characterised by not breathing a word, is forged between the two protagonists, troubling Sandu even more deeply…

With a very precise method of framing, perfectly placing his actors in closed-in spaces, playing with the borders of the frame and off-camera devices, Radu Muntean scrutinises the slightest inflections in the increasingly pensive and uncomfortable expression of his main character. Thanks to the extremely well-timed sequences between the immersion necessary for showing the nuances of inner truth and the essential rhythm driving the plot as it develops and capturing the interest of the audience, the Romanian filmmaker gives One Floor Below a touch of suspense and a tremendous opening whichever way you look at it. The film, put together like a millefeuille, gives nothing away, and traces out, under the surface of its psychological “duel” akin to something out of a detective story, avenues for reflection on conscience, guilt, secrecy, the family unit, learning to be a parent, animality and communication in an environment dominated by invasive technologies. A multitude of themes sketched out with the greatest discretion by Muntean, who stylishly leaves the viewer totally free to think what they like and keeps the use of visual and spoken symbols to a minimum. All in all a highly cinematographic approach that makes One Floor Below a piece which succeeds in its intentions and heralds a new stage in the career of a filmmaker whose films are greatly anticipated these days.

A co-production between Romania, France, Germany and Sweden, One Floor Below is being sold internationally by German production company Films Boutique.

more about: One Floor Below

CANNES 2015: Cineuropa met up with Romanian director Radu Muntean to talk about One Floor Below, which he is presenting in the Un Certain Regard section

“I was more interested in showing how it had been possible to cohabit, day after day, with this madness”

We caught up with Romanian director Andrei Cohn, whose second feature, Arrest, was shown in the East of the West competition at Karlovy Vary 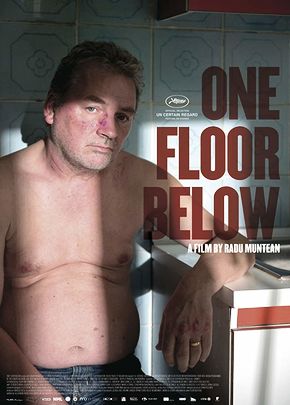 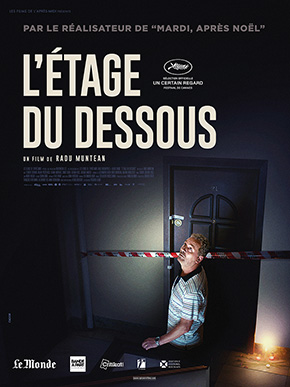 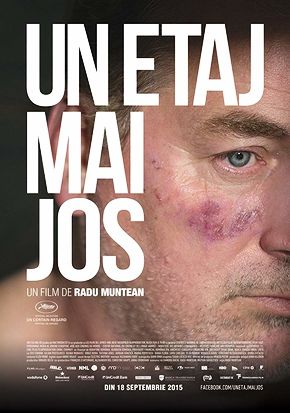 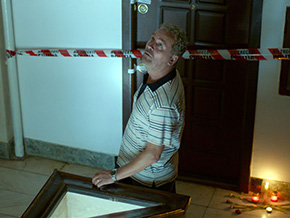 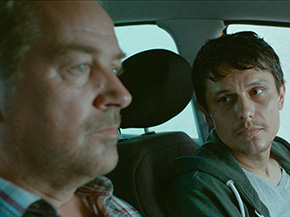 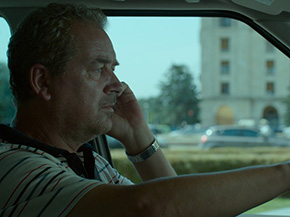