16/05/2015 - CANNES 2015: A simple, effective and endearing film set in the very physical world of farmers by Icelandic director Grimur Hakonarson

Never has a cinema audience ever been treated to the sight of a digger being used as a makeshift ambulance to dump a man on the brink of death outside a hospital as if it were dropping off a parcel. Especially when the driver leaves just as abruptly, without saying a word to anyone, when he is the very brother of the man he has just dropped at the feet of the doctors. It has to be said that the two protagonists of Rams [+see also:
trailer
interview: Grimur Hakonarson
film profile] by lcelandic director Grimur Hakonarson, which is being shown in the Certain Regard section of the 68th Cannes Film Festival, are not just any film characters, they are farmers of a prized breed of ram. It seems that contemporary Icelandic cinema has a keen interest in its animals, after Of Horses and Men [+see also:
film review
trailer
interview: Benedikt Erlingsson
film profile] which won over audiences when it did the 2013-2014 film festival circuit. This astonishing addiction to animals was nonetheless once again a highly effective source of inspiration for Rams, which plunges audiences into a course, laconic world, in direct contact with nature and the elements, which nonetheless is full of humour and tenderness under its thick skin.

Gummi (Sigurdur Sigurjonsson) and Kiddi (Theodor Juliusson) have two farms within shouting distance of one another. The two brothers, both over sixty, single and ram breeders, have not spoken in 40 years and are divided by a silent rivalry, especially when it comes to competitions, in which their most beautiful beasts, which they are extremely fond of, are pitted against one other But then Kiddi’s flock is struck down with louping-ill, and the veterinary services decide to have all the flocks in the valley culled. The upset is huge in all the farms, as they rely on the rams to make a living. For Gummi and Kiddi it’s even worse, as their lives have revolved around these animals since they were born. Kiddi tries to stop the culling and disinfection efforts, then seeks refuge in alcohol, every once in a while venting his rage by going round to his brother’s house and opening fire on it with his shotgun, blaming his brother for all their problems (as he was the one to have the first case of louping-ill). Gummi, for his part, hatches a plan, spiriting away his prize ram and a few ewes and hiding them in the basement, where he himself also takes shelter from the rage of his brother. Winter sets in, but troubles are on the horizon, which will ironically bring the brothers closer together...

Seen almost exclusively from the point of view of Gummi, Rams plays on the geographical proximity of the two farms, which are situated in a very cinematographic deserted valley.The protagonists spy on one another, eavesdrop on one another from afar and exchange the occasional written message using a dog as the messenger. Minimal communication which is hardly forthcoming and is interspersed only by the odd trip into town (on quad bikes) where the future of farmers in the area is discussed. In a rather classic way, the film slowly but surely unveils the past of the two brothers and the source of their hostility, with events that follow contributing to reuniting them (in times of trouble), but this predictable development does not take anything away from, on the contrary adding to, the quality of a film that plays on simplicity and its universe plucked straight from the ordinary to give itself character.

CANNES 2015: Cineuropa met up with Icelandic director Grimur Hakonarson to talk about Rams, winner of the Un Certain Regard Prize

The Danish writer-director’s new feature, staged by Profile Pictures, centres on two families – one Danish, one Dutch – who meet while on holiday in Tuscany

Seven years after Metalhead, Ragnar Bragason returns to Toronto with the big-screen version of his own 2012 stage play

“Corruption is part of this community’s life”

We chatted to Icelandic writer-director Grímur Hákonarson, whose third feature, The County, was presented in Toronto's Contemporary World Cinema section 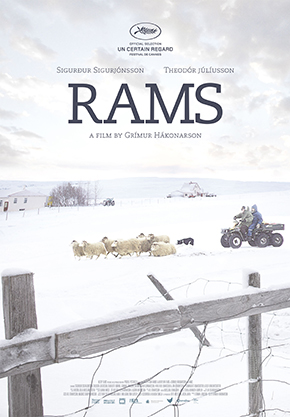 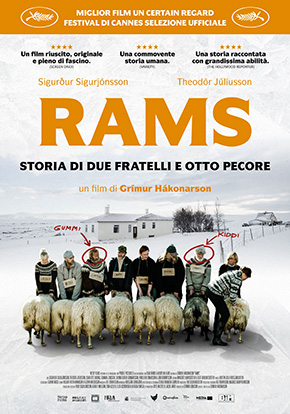 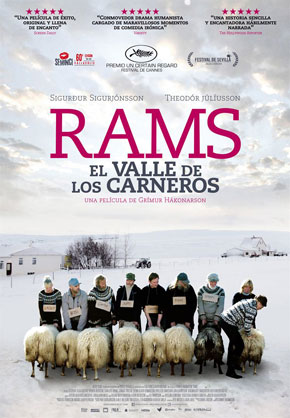 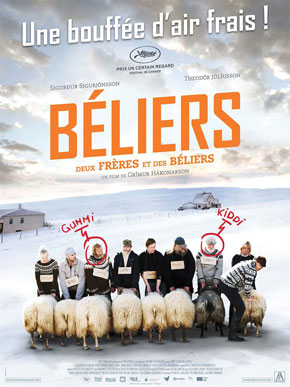 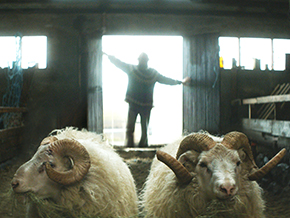 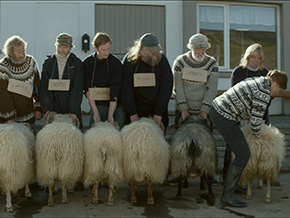 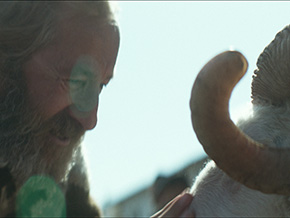