The Brand New Testament: Somewhere between Amélie, Brazil and Brussels

19/05/2015 - CANNES 2015: Jaco Van Dormael's new comedy is a pleasant rush of emotion, a Belgian fairytale which captivated the audience in the Directors' Fortnight

We fully agree that it's a small miracle, but what does it matter? After all, this time it's not the multiplication of loaves, but the multiplication of ham sandwiches that wouldn't work every time, sometimes you don't have enough ham... This is a quote by the character of Ea (Pili Groyne), the little sister of JC, who died on the cross because he had the misfortune to improvise to right the wrongs of his wayward father, played by Benoît Poelvoorde. Ea intends to go about things differently. Her plan? Find 6 apostles more to make a total of 18, a number dear to her mother, the goddess in a dressing gown (Yolande Moreau). In the name of all that's holy, it smacks of the fourth world and mediocrity.

Imagine Amélie Poulain aged ten. She doesn't live in the Paris of Jean-Pierre Jeunet, but in a version of Brussels that would fit in perfectly as the missing link in the filmography of Terry Gilliam, lying somewhere between Life of Brian and Brazil. She is the daughter of God and God is the biggest scoundrel imaginable, the worst of louts and a total jerk. Does he really need to show much imagination given the state of the world we live in? The God in the Bible shows that he has imagination aplenty when he creates thousands of universally vexing laws on his computer. All he thinks about is satisfying his perversions and killing the boredom between football matches on the TV. One evening when he pushes his daughter too far in a manner akin to the Shining, she decides to hack into his computer to send a personalised txt to the whole of humanity containing the date on which everyone who owns a mobile phone will die. After sending her father into a divine rage, Ea flees Brussels, her backpack filled with small miracles that will change the life of 6 people, very different, all ill-fated. It could be that the number 18 will change the world...

The story is larger than life, packed with audio and visual details. Jaco Van Dormael and his co-screenwriter Thomas Gunzig rise superbly to the challenge of telling a good story and transport us to another world, strangely similar to our own: Brussels. The film mixes local colours (accents, places, turns of expression…) and a commendable number of references to music, literature, but also to the career of the director, which is purely cinematographic (one dreamlike scene references Kiss & Cry which he co-created with his choreographer partner Michèle Anne de Mey). The editing wraps the film in a fluid and effective narrative. All in all, as with all of Jaco Van Dormael's films, this is a very well-filmed piece with photography by Christophe Beaucarne.

Once again, it is innocence and the naivety of childhood that lie at the heart of this film. It is perhaps worth advising against showing the film to children, as it is at times very dark, a bit sexual in its content, and there's as of yet no easy way of explaining to your child why Catherine Deneuve having her breasts groped by a gorilla in bed is so funny...

The Brand New Testament is sold in the world by Le Pacte.

more about: The Brand New Testament

“Not everything has changed, but we cannot predict all of the aspects of a transformation that is going to radically reshape the process of fruition”

Girl to represent Belgium at the Oscars 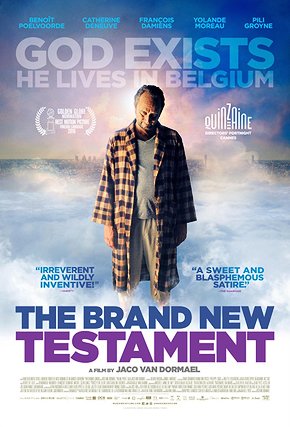 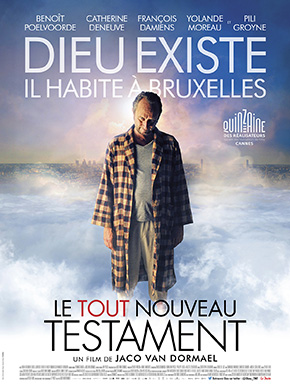 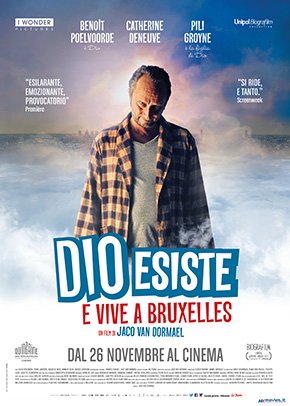 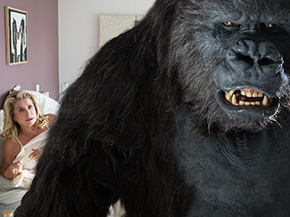 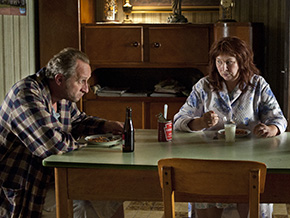 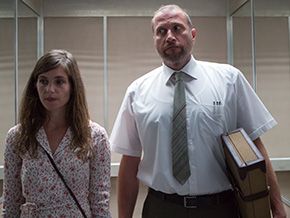 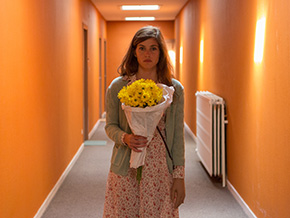