Les Deux Amis: In the beginning was cinema

20/05/2015 - CANNES 2015: With passion, tenderness and utter integrity, Louis Garrel tries his hand at directing, whisking us away on a joyful – and very touching – adventure

Mr Garrel junior and senior have done a fine job of entertaining the crowds during the 68th Cannes Film Festival (an impressive figure): while the father, Philippe, opened the Fortnight with the delightful In the Shadow of Women [+see also:
film review
trailer
film profile], his son, Louis, has presented his debut feature behind (and in front of) the camera in the Critics’ Week, out of competition, of course – because Les Deux Amis [+see also:
trailer
film profile], which hits the same kind of intimate nerve, but with the added freshness and drive of his youth, hits the nail on the head just as hard, and this is indisputable judging from the laughter of the festival-goers during the screening and their broad smiles as they made their way out of the theatre. One could also make out the streak from a possible tear, full of warmth and contentment, on some people’s cheeks.

There is no doubt that Louis Garrel was trained at a good school, but the fact remains that he is a young director who has got stuck into the profession with a great degree of integrity, solemnity, modesty and passion. His expression is undoubtedly sincere, and it is lit up just as brightly as the expression of Abel, his character in the film, as he looks upon his great friend Clément (Vincent Macaigne) and upon Mona (Golshifteh Farahani), the girl on probation whom the latter man has fallen madly in love with because he has seen her laugh, as simple as that, behind a baker’s counter. Together with Mona, the two big oafs (Abel only seems to be the most "responsible" of the two because Clément, a film extra who gives the director tips and regularly slits his wrists in an attempt to emotionally blackmail people, is really an incredible numbskull, but is as endearing as he is beyond help!) will experience a type of seedy Roman Holiday for losers – which takes place between the Gare du Nord station, dreary bedrooms (decent ones and hospital ones) and unsavoury local bars – without the adventure turning out any less wonderful because of it.

Les Deux Amis is very handsomely filmed and, with no clumsiness in the slightest, rich in lovely film references that Louis Garrel grew up with, both as a person and as an actor – the scene involving the film shoot that reconstructs the clashes of May 1968 is above all an allusion to his own filmography, he claims. It is brimming with an infectious spontaneity that joyfully bursts forth, with refreshing candidness, from a screenplay that has been meticulously put together by Garrel and Christophe Honoré. This naturalness can be found in the symbiosis between the two friends Abel and Clément, who are determined to paint the town red like a pair of tiresome but oh-so-charming kids, even if it means ending up at the police station. Even there, their friendship is so sincere and spontaneous that they don’t let each other get downhearted, blowing their obligatory phone call on ringing girls and cuddling up to each other while waiting to be released.

And then there is the ravishing and sensual Mona, who lives life a little bit off the beaten track, just like them – or even more so, although she doesn’t whinge the whole time like Clément, that big, self-seeking, moaning baby. Indeed, the kidnapping that she falls victim to at the hands of the two boys transforms into a new form of escape in which her amused insolence, tenderness and sensuality come to light, which we discover – where else – but in the contemplative setting of a church... Her irresistible powers of seduction, as they warp the relationships between the movie’s characters into a triangle, even lead to a real bust-up between the friends, almost in an instant, just as one can patch things up from one moment to the next with a burst of laughter after a simple wisecrack. In this ease with which Louis Garrel expresses such a thing that is of both minimal and substantial importance, one admittedly recognises his father’s elegance, but he makes it his own with a humility and a generosity that are so marvellous that, while watching this film, one is utterly aware of having come across a young director bristling with potential. Because there are few things that are as moving as a film that manages to deliver all its depth and humanity with this degree of levity.

Vincent Macaigne, Sara Giraudeau and Pio Marmaï top the bill of the filmmaker’s third feature film, a Partizan Films production set to be sold by Be for Films

The French actor and Swedish actress have been added to the official section of the Basque gathering with their films A Faithful Man and Blind Spot, respectively 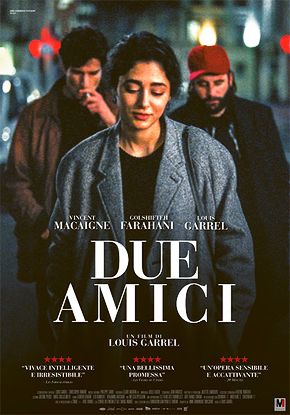 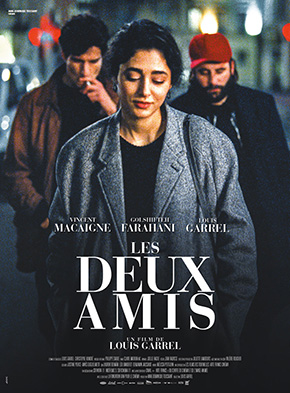 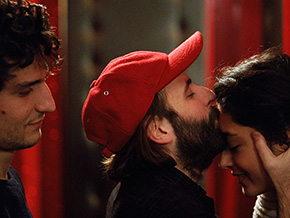