Valley of Love: The Ghostway

22/05/2015 - CANNES 2015: Isabelle Huppert and Gérard Depardieu shine in a subtle and skilful film by Guillaume Nicloux which fully showcases the filmmaker’s talent

Isabelle Huppert and Gérard Depardieu in Valley of Love

It’s a fascinating emotional journey through life and film that Guillaume Nicloux takes us on in Valley of Love [+see also:
trailer
film profile], shown in competition at the 68th Festival de Cannes. By orchestrating the on-screen reunion of French icons Isabelle Huppert and Gérard Depardieu, 35 years after they appeared together in Loulou by Maurice Pialat, the director did more than simply offer the two actors great parts which they grab with both hands. Discretely putting himself behind his two stars who are on the top of their game here, the filmmaker succeeds in patiently creating a piece which very much goes back to basics, to the deepest roots of a form of cinéma vérité of life, moving back and forth in time to shed light on the present and leave the present to explain the past.

Under the apparent banality of a few days spent together by a former couple reunited by the suicide of their only son, it is their relationship which cuts through the film, echoing the story of all unions and break-ups. The ghosts of their shared past (nothing spectacular, just irritation arising from the clash of their distinct characters) appear and disappear throughout the quest thrown down by the ghost of their child who sent them, just before passing, letters asking them to go to California, to Death Valley more specifically, and spend a few days together (giving them details of places they need to be at certain times) if they want to see him again. A mission which is totally absurd in the opinion of his father and which his mother irrationally clings onto, racked with guilt as their son didn’t want to see his parents when he was alive and 15 years had gone by without her seeing him.

The daily stages of this karmic confrontation have a cathartic effect, although they are also a source of humour and show the great tenderness that lies under the thick and at times course skin of the protagonists and their profound mutual understanding of one another, igniting sparks. In short, this is a film about life, without embellishment, without drama or false sentiment, even though the two protagonists are professional actors, and indeed Isabelle Huppert and Gérard Depardieu play their roles whilst offering their own dazzling interpretations, she her multi-faceted performance, he his larger than life performance (in every aspect). Striding down the roads and through the canyons in the unrelenting heat, laid bare under the burning rays of the sun, the reunited couple carries out a sort of exorcism of time, of the burdens weighing them down, of their regrets and mistakes, building a bridge between them and freeing themselves whilst also freeing the spirit of their dead son as if they had tapped into this without even knowing it, through this "Voyage to California" (an indirect tribute to Roberto Rossellini), the Ghostway of the navajo shamanism whose great spirit floats unseen through Death Valley.

No one could have done a better job of producing Valley of Love than Sylvie Pialat with Les Films du Worso, in association with LGM Cinéma. Le Pacte will release the film in France on 17 June and will also handle international sales.

more about: Valley of Love

Fantasy, sci-fi and horror films are all in line for the very specific aid put forward by the CNC, which has also selected the projects Acide by Just Philippot and Incarnation by Mael Le Mée

A flurry of French announcements in Berlin

BERLINALE 2020: From the Guillaume Nicloux's project Soumission to the hybrid film A Winter’s Journey, a great many titles have been added to the line-ups of French companies at the EFM

The French director will chair the competition jury at the 11th Les Arcs Film Festival, while the world-famous actress will be the patron of the Talent Village

CANNES 2018: Guillaume Nicloux explains his film To The Ends Of The World, diving headlong into the jungle of deepest Indochina, as unveiled in the 50th Directors’ Fortnight 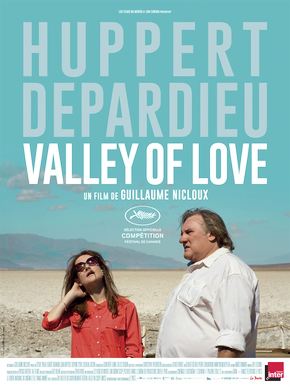 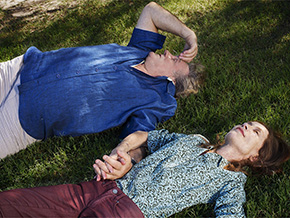 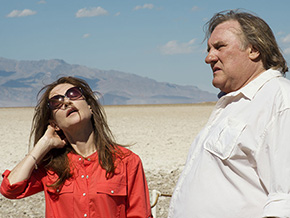 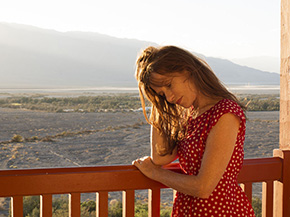