I Am A Soldier: It’s a dog’s life for Louise Bourgoin

26/05/2015 - CANNES 2015: Laurent Larivière’s film highlights the harsh reality of a young woman’s fight to escape social precariousness by plunging her into the world of trafficking in domestic animals

As its title suggests, I Am A Soldier [+see also:
trailer
interview: Laurent Larivière
film profile], a debut feature film presented by French director Laurent Larivière which is competing for the Caméra d’Or in the Un Certain Regard section of the 68th Cannes Film Festival, tells the story of a harsh battle: that of Sandrine (Louise Bourgoin), a young woman caught up in the downward spiral of unemployment who can’t get out of it, despite her best efforts, and finds herself forced, at the age of thirty, to go back to living with her mother, carrying the weight of her whole life on her shoulders in a few bags.

Right from the opening scene, in which Sandrine must sign the inventory of fixtures for the apartment she can no longer afford, we sense her shame, and the way she feels she no longer has a place in the world in which to live her life, lay her head at night, build a home, maybe keep a dog… Although she’s not the only one struggling to make ends meet (her sister and brother-in-law are also living with her mother, whilst they save up for a place of their own which is currently just a pile of breeze blocks), first she tries to hide her dismay from her family, hiding her bags and accepting to sleep on the sofa without complaining. It’s with the same reluctance that she accepts to work for her uncle Henri (Jean-Hughes Anglade), who owns a kennel but keeps himself afloat with a seedy parallel business: the illegal trade of puppies, a sordid world which Sandrine adapts to without batting an eyelid, accepting the secret along with the dangers, and the smell.

Sandrine’s entrance into this world shrouded in a terrible darkness (if only because the trafficking of domestic animals largely takes place at night, or in grubby warehouses), which is characterised by a total lack of emotion (the puppies are sold by the kilo and slaughtered without further ado after 14 weeks, when they become unsellable) has a self-punishing aspect to it echoing her living situation – which also explains why she doesn’t accept the help offered to her by the likeable Pierre (Laurent Capelluto). Nonetheless, the violence of this activity, replicated in Sandrine’s relationship with her uncle, which drives her into a corner, also tests and confirms our heroine-soldier’s limits, through suffering.

This difficult and solitary path towards a certain catharsis is not, however, without moments of levity and joy. The title itself, despite its apparent harshness, refers to a happy moment, which is central to the film. Indeed, it is borrowed from a song by Johnny Hallyday, mimed here by a young girl dressed as a rock star at the warm and moving birthday party organised by the family for her mother, lovingly played by Anne Benoît. These simple moments spent with her family, just like the wild laughter that Sandrine breaks out into in the middle of a job interview, show that in spite of everything, this young woman, hardened by her everyday misfortune, has not “forgotten to live”, in the words of the singer.

With the way it matches different motifs, subtly and delicately, and shows the state of mind of the heroine and her relationships with those around her in all their complexity, I Am A Soldier is without a doubt a very clever and skilful film which invites us to follow the blossoming career of Laurent Larivière closely. It was produced by Mon Voisin Productions (France), in co-production with Saga Film (Belgium) and the support of Canal+, Ciné+, TV5Monde and CNC. Its release in France and international sales will be handled by Le Pacte.

more about: I Am A Soldier

"How far are we willing to go to fit into society?"

We caught up with the director of I Am A Soldier, a debut feature film that was showcased in the Un Certain Regard section of this year’s Cannes Film Festival.

18 titles to be showcased at the Franco-German Film Meeting

Projects by Laurent Larivière, Denis Dercourt, Marc Rothemund and Stefan Ruzowitzky will be showcased at the co-production market event in Erfurt from 26 to 28 November

Shoot about to start for Sarah Suco’s The Dazzled

Jean-Pierre Darroussin, Camille Cottin and Éric Caravaca are among the cast of the director’s feature debut, staged by Mon Voisin Productions and set to be sold by Pyramide 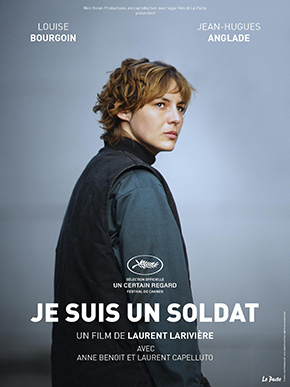 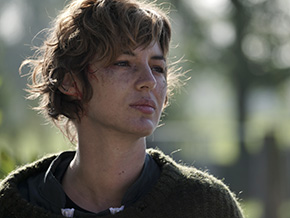 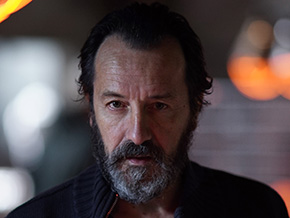 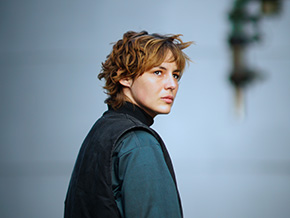