Life in a Fishbowl, an ensemble drama set in Reykjavik

10/06/2015 - Presented in competition yesterday at the Brussels Film Festival, Life in a Fishbowl establishes its director, Baldvin Z, as a sure asset for the Icelandic film industry

Thorsteinn Bachmann and Hera Hilmar in Life in a Fishbowl

Eik is bringing up her eight-year-old daughter by herself. By day, she’s a childminder, by night she sells her body to satisfy the needs of others. Of course, she could turn to her family for help, but for a reason that becomes increasingly obvious as the story goes on, she refuses as far as she can to be dependant on this family that has caused her so much suffering. Mori hasn’t published any books in years. He drowns his sorrows and his poems in alcohol, shut away from the world lost in his memories. Only writing and his encounter with Eik and her daughter manage to bring him back into the here and now. Sölvi is in the middle of a full-blown career change. After a glorious sporting career, he sees himself as an estate agent, and discovers, under the watchful eye of his loving wife, what goes on behind the closed doors of the rich and affluent.

The story of Life in a Fishbowl [+see also:
trailer
film profile], by Icelandic filmmaker Baldvin Z, weaves between the fates of its three main characters, until they find themselves inextricably linked by key moments that will affect the rest of their lives. But the lives of these three people do not follow the same trajectory. Whilst Eik ends up calmly contemplating her future, and Mori finds peace by investing in the future of others, Sölvi seems to embark on a downward spiral in which he seems to fear the inevitable. Whilst Eik and Mori rebuild themselves in the face of and in spite of everything, or rather, everyone, Sölvi gives into the temptation of endangering his fragile happiness. Through these three characters who are so far apart yet so close in the cocoon town of Reykjavik, the film tackles a multitude of issues which resonate strongly in today’s contemporary society: the economic crisis and the collective bankruptcy caused by the hysteria of some people, the greed for land of the great globalised capital, the ability of human beings to miss out on the second chances that life throws up, the burden of family secrets and the painful obliviousness of those closest to us, the distance between and depersonalisation of people who nonetheless bump into each other in their daily lives, the vulnerability of the family unit, and the isolation of single-parent families. In this sense, Life in a Fishbowl is an aggregate film, the sum of its three lines of narrative that collide with one another then blend together, offering a glimpse into various aspects of contemporary society, building unlikely bridges between an alcoholic writer, a young single mother who prostitutes herself to make ends meet, and former football glory converted into property speculation.

The film met with great success in Iceland, where it dominated the box office in 2014. It bagged 12 Edda awards, the local equivalent of Oscars, most notably for Thorsteinn Bachmann and Hera Hilmar, both of whom shine in their roles as Mori and Eik. The film also took home the award for Best Film, and for Best Director for Baldvin Z, who, despite having a short list of films to his name (Life in a Fishbowl is his second film), is already establishing himself as a sure asset of Icelandic film.

more about: Life in a Fishbowl

From a fishbowl to the football pitch: Baldvin Z's new adventure

Hera Hilmar featured in Gudny Halldorsdottir's The Quiet Storm in 2007 and in Runar Runarsson's 2 Birds in 2008, both films received awards and nominations.

Life in a Fishbowl, an ensemble drama set in Reykjavik

Presented in competition yesterday at the Brussels Film Festival, Life in a Fishbowl establishes its director, Baldvin Z, as a sure asset for the Icelandic film industry 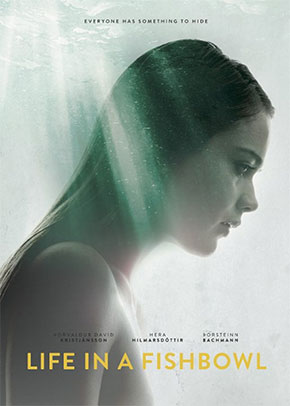 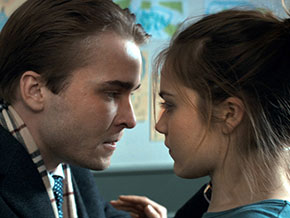 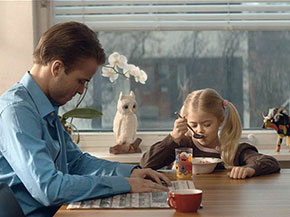 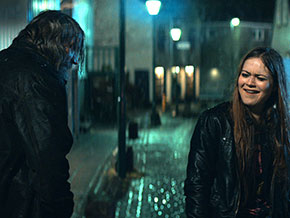 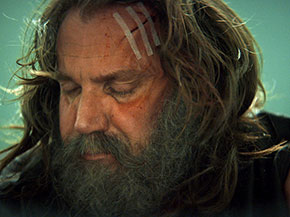