I'm Dead But I Have Friends: best friends forever

12/06/2015 - The Malandrin brothers engage Bouli Lanners, Wim Willaert and Lyes Salem in a rock adventure that weaves between melancholy, the grotesque and the absurd

Lyes Salem, Bouli Lanners and Wim Willaert in I'm Dead But I Have Friends

Yvan, Wim and Jipé, who are well into their forties, are inseparable. Rockers at heart, their group, Grand Ours, is still together after all these years, rocking out on stage with the same energy they had when they were 15. They know everything about one another: their weaknesses, mannerisms, flaws, dreams and fetishes. They’re certainly not superstars, but their stage presence ensures them a certain level of fame, culminating in them being invited to do an American tour, which takes them to Los Angeles, their dream after a life of rock. They’re friends for life, and will be there for one another till the end. Then fate comes knocking, when Jipé collapses a few days before they’re due to leave for the United States. But why should death come between then? Against all the odds, Yvan sets off with Wim for America, with Jipé (or rather, his urn), tucked under his arm. But before leaving, they discover some home truths about their dearly departed friend. For example, they meet his lover, a pilot with a moustache. So the unlikely trio (Yvan, Wim and Dany, the mysterious lover), set off on an extraordinary journey, filled with benevolent ghosts, air hostesses of average skill, and sullen Innus. On the road, Yvan must let go of his dreams of California and of some of the things he thought he was sure.

Once again, Guillaume and Stéphane Malandrin anchor their film in an earnestly off-the-wall universe, enticing the audience with one of these obvious and slightly surreal titles that only the hold the secret to, I'm Dead But I Have Friends [+see also:
trailer
interview: Guillaume and Stéphane Mala…
film profile] (lit. I may be dead but I still have friends). In one short phrase, what’s at stake is laid out in the open: friends for life, but also in death? Can a friendship be broken in death? Can you betray a friend who has passed on, and can we, in turn, be betrayed by friends who have passed on? These are the existential questions the Malandrin brothers ask themselves, using a comic tone far removed from that of their previous works. There was nothing funny about their last film, Hand of the Headless Man [+see also:
film review
trailer
film profile], a psychoanalytical thriller that (literally) plunges Cécile de France into a sea of suffering and paranoia, except its title. In I'm Dead But I Have Friends, the directors put together an obvious comic duo, Walloon actor Bouli Lanners and Flemish actor Wim Willaert. The alternately good-natured and grumpy or melancholic former seems to fit perfectly with the vaguely naively enthusiastic latter. The two play the comic act of the whiteface clown and the Auguste, supported by Lyes Salem who fuel or subdue the conflict from time to time. Along their ridiculous journey, the directors don’t pass up any opportunities for a scatological gag or a bit of hair pulling between the men, playing on the at times pathetic side of their characters, these old boys who transform themselves in the name of rock into scruffy kids. Then there are the sound bites of eighties punk-rock music from the label Born Bad Records which infuses the film with the rock energy the main characters claim to have.

I'm Dead But I Have Friends, unveiled at the Brussels Film Festival, was produced by Versus Production (Belgium), TS Productions (France), Altitude 100 (Belgium) and Minds Meet (Belgium), with the support of the CCA and the VAF, and is due to be released on 17 June in Belgium (under the distribution of O’Brother), and on 22 July in France (by Happiness) and in Switzerland (Agora Films).

more about: I'm Dead But I Have Friends

Cineuropa met with Guillaume and Stéphane Malandrin, who premiered the second film they have directed together, I'm Dead But I Have Friends, at the Brussels Film Festival

Filming began this week in Belgium for Gilles Coulier's first feature-length film; it is also the first feature to be produced by the company De Wereldverde

On Saturday night, the Magritte Awards for Belgian (or rather French-language) Cinema took place, where the films by Jaco Van Dormael and Fabrice du Welz shared an impressive number of the prizes

On 21 March, Erik Van Looy will begin the shoot for his next feature, De Premier, starring such names as Koen De Bouw 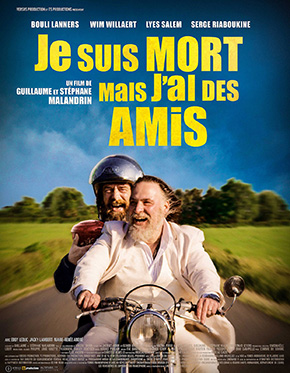 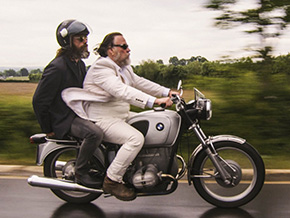 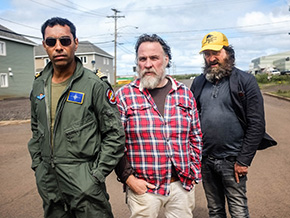