Heil: A different perspective on neo-Nazism

06/07/2015 - KARLOVY VARY 2015: The latest film by the director of the Silver Bear-winning Stations of the Cross is a breathless farce about the absurdity of neo-Nazis and other ultra-right-wing groups

Following the formally austere Stations of the Cross [+see also:
film review
trailer
Q&A: Dietrich Brüggemann
film profile], the latest film by German filmmaker Dietrich Brüggemann will come as a surprise to some. Heil [+see also:
trailer
interview: Dietrich Brüggemann
film profile] is a relentless and ridiculous satire, seeming to revel in controversy and political incorrectness. But underneath the absurdity of its proceedings lies a streak of rational anger that indicts the failure of governmental institutions, of the media and of the left wing to fight a growing tide of ultra-right-wing sentiment in Europe.

Sven Stanislawski is the charismatic leader of a neo-Nazi group, who is delighted when left-wing Afro-German author Sebastian Klein falls into his hands while suffering from amnesia. Ostensibly brainwashing him, Sven and his group drag Sebastian around the talk-show circuit to spout all their racist and nationalistic ideology – what better to have than a black man supporting them? But as Sebastian’s fiancée tries to get to the bottom of it all, the group decides that words are not enough. Now it is time for them to invade Poland.

Subtlety is not the order of the day here, with Brüggemann channelling a number of filmmakers – from Lubitsch to Brooks to the Monty Python team – to vent his anger. Indeed, the film seems less about making a clear and systematic argument than about screaming into the void. It’s all done with such gusto, enthusiasm and disregard for politeness that the film’s delinquency does not hinder its momentum. Similarly, while any narrative line seems secondary to the jokes, the film’s intense air of mania carries audiences through.

Opening with an international premiere in the Karlovy Vary International Competition (it has already been released in its native Germany), Heil is a film that will divide audiences and set more than a few tongues wagging.

KARLOVY VARY 2015: Cineuropa met up with Dietrich Brüggemann at the KVIFF to talk about his latest feature, Heil

Interview: Jerry Hoffmann • Director of I AM

“I won’t stop working on stories that I feel matter”

The German filmmaker and actor discusses his sci-fi short, nominated at the 48th Student Academy Awards, and how he continues to work towards a more inclusive and diverse industry in Europe

In his latest film, Dietrich Brüggemann studies the relationship dynamics and the values of a modern couple and family unit

The 17th edition of the European Film Festival, unspooling from 18-23 April, will also pay tribute to Andrzej Zulawski, and the ten films in competition are joined by a new European comedy section

All of a Sudden: A flawed hero as an unwitting victim

BERLIN 2016: Inventive filmmaker Asli Özge is now testing genre waters with All of a Sudden, which world-premiered in the Berlinale’s Panorama Special section

At the German Arthouse Fair, “exclusivity is a matter of survival”

Palić will pay homage to Andersson, Žilnik and a group of Madrid-based filmmakers, and will feature 14 films in the main competition

Heil: A different perspective on neo-Nazism

KARLOVY VARY 2015: The latest film by the director of the Silver Bear-winning Stations of the Cross is a breathless farce about the absurdity of neo-Nazis and other ultra-right-wing groups

German Films in Jerusalem, 50 years after

Review: Too Close to the Sun 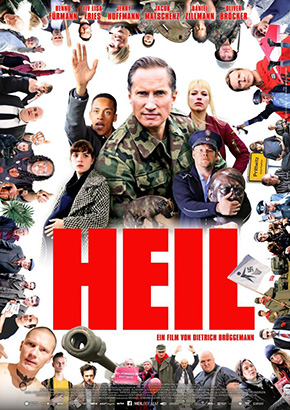 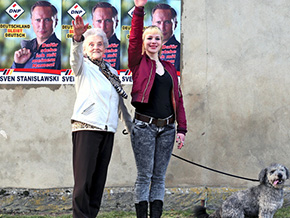 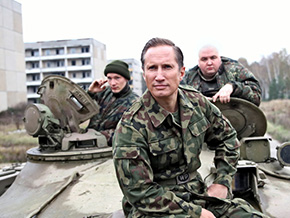 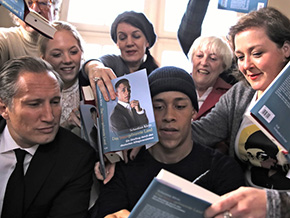