The Snake Brothers: A cinematic slice of real life

Czech director Jan Prušinovský came to prominence as a creator of comedy, mostly due to the successful TV series revolving around a village football team, District League, its acclaimed feature-length prequel, District League: Pepik Hnatek’s Last Stand, and the series Fourth Star, about a ragtag bunch of hotel staff. With his latest outing, The Snake Brothers [+see also:
trailer
interview: Jan Prušinovský
film profile], the director changes genre, and his reputation in the domestic film industry is sure to carry on growing.

The plot centres on a pair of siblings nicknamed Viper (Matěj Hádek) and Cobra (the younger of the two, played by Kryštof Hádek). The opening shot follows Cobra, sporting an eccentric hairdo, as he robs a cabin in broad daylight, seemingly unfazed by the fact that there is an obvious witness to his illegal activity. Viper, on the other hand, is a factory worker who frequently stares at the bottom of a glass, a pastime that eventually, along with his temper tantrums, gets him fired. On top of his own problems, he gets called on a permanent basis to calm Cobra down during his drug-fuelled antics.

The reptilian nicknames refer to their character traits. Viper, trapped in a vicious circle of unfulfilling work and mounting beer cans, tries to break free from his aimless existence whenever the opportunity arises. Cobra, however, sucked into a life of stealing and drug taking, seems not to have any better prospects, and his erratic behaviour renders him a threat to Viper’s delicate endeavour to construct something better – though Viper does not condemn his brother, who is a slave to his habit.

Director Prušinovský and up-and-coming writing talent Jaroslav Žváček share a sense of reality and know how to channel it in a very candid manner. By no means does the movie employ didacticism, and the lead characters eschew an explicit division into opposing categories of good and evil; rather, they are portrayed as occupying the shades in between, which ultimately applies to the whole film as it tells a story about the struggle for redemption from the shackles of hopelessness. Viper is no saint, just as Cobra is no sinner – Žváček devised the characters to be more complex than this, leaving enough narrative crumbs behind for viewers to pick up in order to see the bigger picture.

Though the fraternal dynamics and the brothers’ continual interactions take centre stage, the story unfolds from Viper’s perspective as he opens a fashion shop in a small Czech town – his ticket to a better life. Žváček delivers twists and turns whilst testing the characters in situations where layers are peeled off to display another side to them, for better or worse. Nothing is white nor completely black in Prušinovský’s film, as demonstrated by the tense fraternal relationship that bears traces of brotherly love and care for one another: the siblings are both close and estranged at the same time. After all, blood is thicker than water, a proverb that is put to the test in the film.

A down-to-earth drama, The Snake Brothers is built on a carefully observed world, reflected in the speech of the characters, whose linguistic peculiarities are hard to satisfyingly convey in English, especially when it comes to Cobra’s lines. Furthermore, Žváček has packed the story with a variety of colourful characters: supporting actor Jan Hájek plays Viper’s best friend, Tomáš, who is pivotal to the plot, while minor characters include the central duo’s washed-out mother, who does not criticise but defends Cobra and his excessive drug use, and their grandmother, who is just too sweet not to be exploited. Each character has his or her own place and a clear function in the narrative, but it does not feel as though they represent mere turning points in the plot development, but rather complement the film’s realism.

In his latest outing, Prušinovský has not renounced humour, and the primary vehicle for this is scene-stealer Kryštof Hádek, while his real-life brother, Matěj Hádek, delivers a truly compelling performance. With its well-constructed story, elaborate characters and flair for authenticity, The Snake Brothers confirms Prušinovský as a competent storyteller and a Czech filmmaker to be followed closely. It would come as no surprise if The Snake Brothers turned out to be this year’s The Way Out [+see also:
film review
trailer
interview: Petr Václav
film profile].

The Snake Brothers was produced by Offside Men in co-production with Czech Television and RWE, and received support from the Czech State Cinematography Fund. The film was premiered domestically on 19 February, with Falcon providing distribution.

more about: The Snake Brothers

KARLOVY VARY 2015: Cineuropa met up with Jan Prušinovský at the KVIFF to talk about his latest feature, The Snake Brothers, for which Kryštof Hádek won the Best Actor Award

“My idea is to have absolute intimacy within the open space”

Cineuropa talks to Czech writer-director Jan Prušinovský about his latest project in development, which was presented at the recent Czech Film Springboard 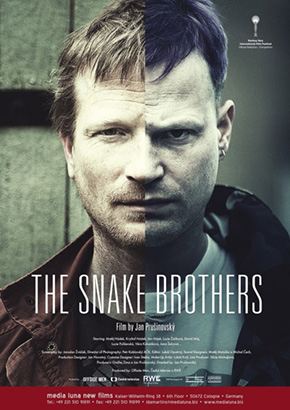 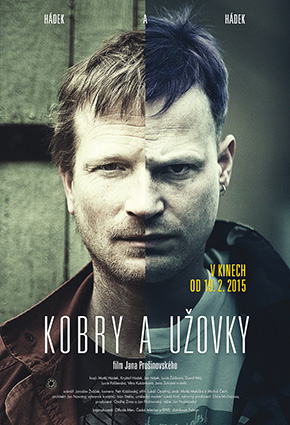 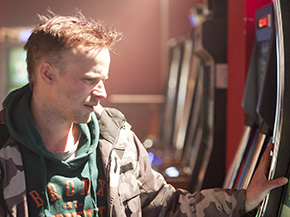 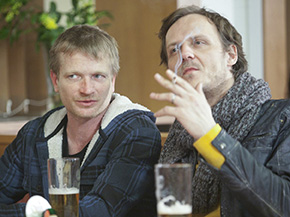 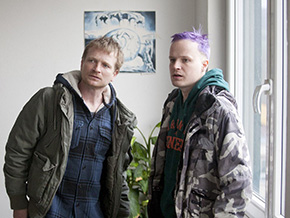