The Courtyard of the Ballads: the first remake in Portuguese film

Miguel Guilherme in The Courtyard of the Ballads

This week sees the release of The Courtyard of the Ballads [+see also:
trailer
film profile] in Portuguese theatres, the new version of the film by the same name directed by Ribeirinho in 1942. The original is one of the most iconic comedies of the golden age of Portuguese cinema, and this remake will be followed by two more: O Leão da Estrela, which is scheduled for release at Christmas, and A Canção de Lisboa [+see also:
trailer
film profile] (lit. Lisbon Song), due to be released in 2016. The trilogy is entitled “The New Classics” and is being put together by director and producer Leonel Vieira, who has secured €3 million in funding for the three projects. Vieira has directed The Courtyard of the Ballads and will direct O Leão da Estrela [+see also:
trailer
film profile], whilst Pedro Varela will direct A Canção de Lisboa over the coming months.

The new version of a classic is always a risky challenge since comparisons are inevitable. Aware of this, Vieira has chosen to move away from the original screenplay – and its unforgettable dialogues that are part of collective memory – but has maintained the general outline of the story. This gives him room to change aspects of the characters, with the biggest change being that the story has gone from being set in a dictatorship to being set in the present day.

In this ensemble film, it is down to Miguel Guilherme to bring the character of Evaristo to life, the quick-tempered owner of a delicatessen originally played by António Silva. Guilherme says he imagined the character as the grandson of the 1942 Evaristo, thus giving a performance that strikes the right balance between paying tribute to the original film and finding his own comic register as an actor. Then there are other characters, often featuring in more or less comic sequences that have been reinvented and are played by familiar television faces such as César Mourão, Dânia Neto, Sara Matos, Manuel Marque, Rui Unas, José Pedro Vasconcelos and Oceana Basílio. There’s also an unexpected face in the mix, straight out of the arthouse films of João Canijo: Anabela Moreira.

The challenge of The Courtyard of the Ballads lies in gambling on popular comedy without further pretence, if not to bridge the gap between the classic and the modern, which the film partially succeeds in doing in its first half. But after a party in the neighbourhood which ends with the characters getting caught up in a fight, the screenplay seems to choose a path that is as meandering as the old streets of Lisbon. And it doesn’t succeed in resolving its conflicts credibly, ending the film in perfect Bollywood style, as if the Indian characters, merely used as decoration throughout the story, are there purely as a way of justifying a finale that is as festive as it is unusual.

The Courtyard of the Ballads is being brought to theatres by NOS Audiovisuais, the most successful Portuguese distribution company which, according to recent data from the ICA, brought 4.9 million viewers into theatres in the first half of 2015. Indeed, the biggest Portuguese box office hit of the year so far has been Capitão Falcão [+see also:
trailer
film profile] (with almost 27,500 admissions) which was also distributed by NOS. There are high hopes that the first of the three “new classics” will give João Leitão’s film a run for its money in the classifications of most watched national productions of the year. Although critics almost certainly won’t fall for its charms, The Courtyard of the Ballads is set to spark the curiosity of both older generations, nostalgic for the original, and younger generations, pulled in by the cast of famous and television comic personalities.

more about: The Courtyard of the Ballads

The ICA shines a spotlight on the state of Portuguese cinema

A total of 25 local feature-length titles reached screens over the last 12 months. Only 3 of them racked up over 20,000 admissions

Written and directed by Varela, A Canção de Lisboa is the third part in a trilogy that also includes the box-office hits The Courtyard of the Ballads and O Leão da Estrela

Unexpectedly, Leonel Vieira’s The Courtyard of the Ballads has become the most-seen European and Portuguese film of 2015

Gomes and the portrait of a restless country 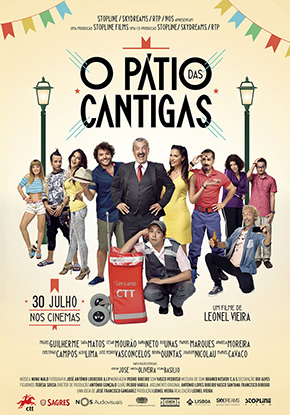 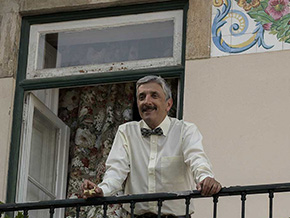 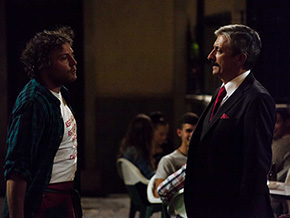 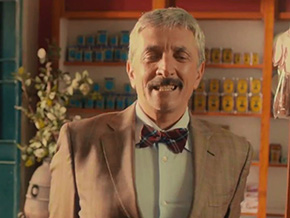