13/08/2015 - LOCARNO 2015: The collective film of ten young Swiss directors, which was screened in competition at Locarno, is a direct and refreshing blow to the stomach

Their idea was to join forces and create a sort of collective piece that would allow them to reflect on the society surrounding them (Swiss society) without taboo. What hides behind the perfection and apparent harmony of a stable and thriving nation like Switzerland? Their film is perhaps the (poisoned) fruit of a general feeling of oppression and a healthy desire to bring ‘political incorrectness’ to the fore. The project was born from the meeting, at the HFF in Munich, of Jan Gassmann and Michael Krummenacher, who both wanted to turn an uncensored gaze on their country of origin and present their own personal vision of Switzerland.

Switzerland in the autumn, the cold is coming. A huge worrying black cloud suddenly appears on the horizon. Meteorological experts cannot explain the strange and unsettling phenomenon but one thing is certain: the cloud is getting bigger and soon reveals itself in all its destructive glory. The local people can only stand by and watch, powerless, as the storm develops. They react to the situation in different ways, ignoring it in a move of extreme hedonism, barricading themselves in their homes (after savagely ransacking the shops) or trying to flee abroad, that place that used to instil such fear but now looks like the Promised Land. The exhausting wait brings out the true nature of people, their repressed rage, their ill-disguised expectations and their deepest fears.

Wonderland is an apocalyptic film set in the middle of the pastoral Swiss landscape, a sort of ticking time bomb that explodes in the face of right-minded conformity. In spite of the violence (both direct and latent) that runs through the entire film, the languid and threatening images of both nature and the urban landscape convey the tormented and worried state of mind of the local people. The Switzerland represented in Wonderland can be compared to a sort of Noah’s Ark that has run out of space. But what happens when the Ark itself finds itself in trouble and risks sinking? Who will help safely steer it to port? Our young directors’ ‘Made in Switzerland’ film shows a social melting pot in which everyone suddenly finds themselves having to face the same inevitable disaster. Money, social status and cultural differences cease to be important, the only thing that matters is survival, at all costs. Wonderland brings us a horrific vision, at times deliciously obscene, of a country that has completely lost its identity, in which the ‘shield’ of perfection and balance is suddenly taken away. A breath of fresh air in an often overly oppressive world.

Wonderland is being sold internationally by WIDE.

"A film doesn’t necessarily have to be harmonised"

LOCARNO 2015: Cineuropa met up with Swiss directors Carmen Jaquier and Lionel Rupp, whose film Wonderland was competing at Locarno, made in collaboration with eight other directors

After 2016’s Europe, She Loves, the Zurich-born director is once again examining romantic relationships in his new movie, which has entered post-production

Following the success of Wonderland, filmed with nine other directors, and the short film Stars, created with the artist Nagi Gianni, the Swiss director is gearing up to tackle a new adventure

Ivan Madeo, one of the producers behind the choral film Wonderland, strongly believes in the emergence of a young and very promising new wave of Swiss directors

We caught up with Eric Miot, the general delegate of the Arras Film Festival, the 17th edition of which will take place between 4 and 13 November

A Campaign Of Their Own, a popular utopia in the name of freedom 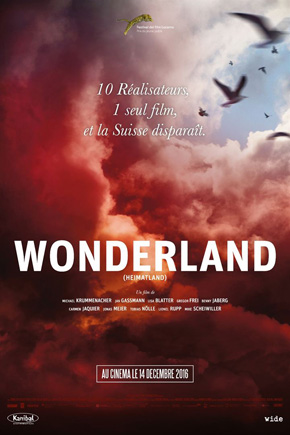 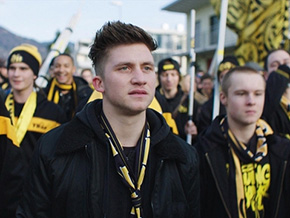