The Day the Sun Fell gives voice to the horror

The Day the Sun Fell [+see also:
trailer
interview: Aya Domenig
film profile], the first and impressive documentary by Swiss-Japanese director Aya Domenig, excited those who had the fortune of attending its world premiere in the Critics’ Week at the Locarno Film Festival.

The Day the Sun Fell retraces the life of the director’s grandfather, who has now passed away. For many years, this man worked as a doctor in Hiroshima Hospital. In 1945, the tragic day of the explosion of the atomic bomb, her grandfather was present in the city as a young witness to the most unthinkable atrocity. Since she could not directly ask her grandfather to tell her about what he saw and never said anything about, Domenig tries to reconstruct his story through the testimonies of those who are still alive and who have finally decided to open up, or rather to tear down, the walls of their heart. The director met with an elderly man who worked as a doctor and with a Red Cross nurse who were on duty during that dramatic day, bearing witness, much to their misfortune, to an unthinkable atrocity, which was sufficiently painful to cause them to remain silent. The stigmatisation of those who left not only their health, but also their hearts, in Hiroshima has caused them to remain silent. Some left, carrying with them a secret that scarred their lives; others have chosen to free themselves from that great burden. In order for the horror not to repeat itself, it is necessary to have the courage to face it head on, to penetrate the abyss, leading those who can only barely imagine it by the hand. Through the surprisingly direct and rich testimonies of the film's protagonists, Domenig continues to draw closer to the part of the shadow in which her grandfather lived during the remainder of his days. A model and affectionate father who probably used silence as a shield, behind which he protected his family. In the beginning, the grandfather’s shadow was the driving force behind the film; however, the unexpected and terrible nuclear catastrophe at Fukushima on 11 March 2011 took the urgency of The Day the Sun Fell even further, catapulting it from an intimate to a universal level. At no point do the director’s voice or her long, meditative shots turn out to be invasive; they provide the time necessary to let the truth explain itself without being brusque. Beyond the words are the expressions of the protagonists, their tired but tenacious, almost insolent, bodies, which tell us of what happened and explain to us the strength of an entire city and the horror that it experienced. The shock wave of the bomb not only ripped apart flesh, but also the souls of all those who survived and had to find a reason to keep moving forward. The archive material doesn't ever make us voyeurs; on the contrary, its crude simplicity fuses with the words of the protagonists, without sucking them dry. The Day the Sun Fell doesn't attempt to be a direct accusation, but rather an obstinate investigation of what remains, the proof of what the bomb could not destroy: conscience, pride, a subtle but strong trickle of hope. The terrible similarity between the Hiroshima catastrophe and that of Fukushima hints at what is necessary and vital - which is to shine a light on the shadows of the past. Domenig whispers the truth to us with a degree of tranquility, and, at the same time, incredible resolve. This is a sincere film, a reflection of a wounded country that, nevertheless, is looking to heal itself, slowly but tirelessly.

Look Now! is the international sales agent for The Day the Sun Fell.

more about: The Day the Sun Fell

“What is the connection between Hiroshima and us, here, today?”

LOCARNO 2015: Cineuropa met up with Swiss-Japanese director Aya Domenig to talk about her first feature, The Day the Sun Fell, presented in the Locarno Film Festival’s Critics’ Week

The winners of the Bolzano Film Festival Bozen unveiled

The international jury crowned A Heavy Heart by Thomas Stuber as Best Film, while a Special Mention went to Mano Khalil’s The Swallow

After taking place in Geneva last year, tradition dictated that the Quartz Awards ceremony be moved this year – to Zurich and the picturesque setting of the Schiffbau

The Day the Sun Fell gives voice to the horror

LOCARNO 2015: Aya Domenig’s film had its world premiere in the Critics’ Week at the Locarno Film Festival 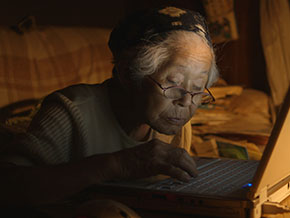 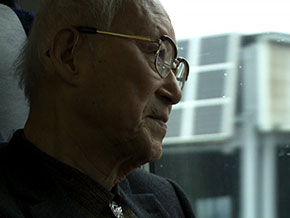 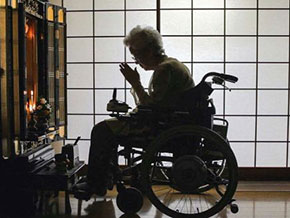