Our Everyday Life is true to its title

The only Bosnian film in the feature competition of this year's Sarajevo Film Festival, Our Everyday Life [+see also:
trailer
interview: Ines Tanović
film profile], has brought another female filmmaking name onto the scene. Writer-director Ines Tanović's debut feature, after she took part in the omnibus film Some Other Stories [+see also:
film review
trailer
film profile] and several documentaries dedicated to subject matter from the war in Bosnia (most notably A Day on the Drina, which won the regional competition of ZagrebDox in 2012), is a totally different story. It does not tackle the war directly, although it is nearly impossible to make a Bosnian film completely disconnected from war – its consequences still permeate all aspects of life.

Our Everyday Life tells a story about a middle-class family from Sarajevo. Saša (Serbian actor Uliks Fehmiu, best known for Redemption Street [+see also:
trailer
interview: Miroslav Terzić
film profile] and White White World [+see also:
film review
trailer
film profile]) is a man in his late thirties, back living with his parents after his divorce with Croatian Nina (Nina Violić). His father, Muhamed (Emir Hadžihafizbegović), is the CEO of a company that is being privatised, and young, ambitious Damir (Goran Bogdan) wants to get rid of him as he believes him to be a relic of the past, thus making room for blossoming, ruthless liberal capitalism.

Saša's mother, Marija (Jasna Ornela Bery), is a housewife who early on in the film discovers a lump in her breast. Her suspicions are quickly confirmed when she is diagnosed with cancer. Her daughter, Senada (Vedrana Seksan), is a biker and designer who lives in Slovenia with her boyfriend, and is pregnant.

No one in the family is in really bad psychological shape; even Marija's illness is presented as just a part of life, not the tragedy that Muhamed and Saša initially perceive it to be. But then again, no one is really happy. Saša is struggling to find a job, Muhamed is embittered because of his work and takes it out on his wife and son, and Senada is badly missing her family despite her "blessed state".

They all manage to find comfort in smaller things. Saša runs into a school friend again, and they strike up a romantic relationship. Marija dedicates herself to housework, immersing herself in the completely unnecessary activity of painting the walls as a distraction from her illness. Muhamed spends entire days at a friend's barbershop, eating meat and drinking rakija despite his diabetes, and comforts himself with the fact that in three years’ time he was supposed to take his retirement anyway.

Father and son, who are on bad terms, as Muhamed believes Saša has "not achieved anything in life and is blaming it on posttraumatic stress disorder", are drawn closer together by Marija's health problem.

The cast is more than competent, with Fehmiu completely stealing the show. He is powerful as the disenchanted but caring son, and Hadžihafizbegović and Bery, stalwarts of Bosnian cinema, are solid as always. The camera work by Bosnia's most prominent cinematographer, Erol Zubčević, is impressively suited to mostly interior shots, with perfect composition.

This is truly a story of everyday life, without any hugely dramatic tragedies or hysterically uplifting moods. It is a realistic film that lovingly depicts a part of Bosnian society that is not so often presented on the big screen, as opposed to films dealing with poverty and tragedy.

Our Everyday Life is a co-production by Dokument Sarajevo, Croatia's Spiritus Movens and Slovenia's Studio Maj.

more about: Our Everyday Life

Cineuropa met up with Ines Tanović at the Sarajevo Film Festival to talk about her debut feature, Our Everyday Life

Review: Not So Friendly Neighbourhood Affair

The Frog: The traumas and the consequences of the Bosnian War

Projects by Srdan Golubović and Ines Tanović have received funding from HAVC, and the Film Fund of Bosnia and Herzegovina

After a severe decline in 2014, followed by a slight improvement last year, film attendance could be back on the rise in 2016, especially for local films

Ten films by European women storytellers will be screened at the Australian gathering, taking place from 8-19 June

Best Screenplay goes to Ines Tanović for Our Everyday Life, and the Cineuropa prize is awarded to Turkish film Ivy by Tolga Karaçelik 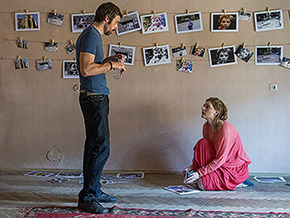 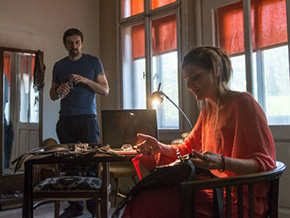 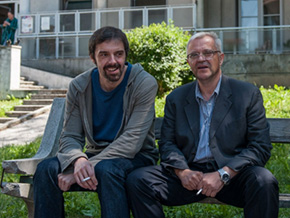 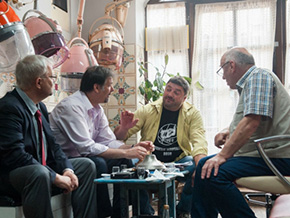