Marguerite: A voice that will tear you apart

04/09/2015 - VENICE 2015: Xavier Giannoli successfully dives into the 1920s hot on the heels of an exceptional singer played by a sensational Catherine Frot

Since winning the Short Film Palme d’Or at Cannes in 1998 and making his first feature film Eager Bodies (2003), French filmmaker Xavier Giannoli has belonged to the small group of auteurs favoured by the big film festivals. Evolving with a mix of great artistic ambition and a yearning to make popular film, the director has always given his actors great roles (especially to François Cluzet in In the Beginning [+see also:
film review
trailer
film profile] and Cécile de France and Gérard Depardieu in When I Was a Singer [+see also:
film review
trailer
film profile], two films that featured in competition at Cannes in 2009 and 2006). By tackling a period film for the first time for his 6th feature film, Marguerite [+see also:
trailer
interview: Xavier Giannoli
film profile], which was unveiled today at the 72nd Venice Film Festival, the filmmaker has brought together the best of his sensitivity and attraction to characters that are passionate and obsessive to the extreme, to paint the portrait of an unusual woman, who Catherine Frot plays with stunning dramatic and comical genius. Very few actresses could have made the abnormal story of American singer Florence Foster Jenkins so credible. This rich eccentric was totally convinced that her voice sounded good, all the while massacring the greatest of songs with the collusion of a carefully selected and hypocritical audience. Unbridled passion built on lies, skilfully transposed by Xavier Giannoli (who co-wrote the storyline with Marcia Romano) into 1920s France to paint a poignant and funny portrait of a woman whose flaws tear open a restrictive social environment.

"But why does she need to bellow like that? It really annoys me." Baron Georges Dumont (played by a very good André Marcon) still, however, feigns car trouble to avoid having to attend the free, private vocal performances of his wife, the truth is simply unavoidable: she sings so out of tune ("don’t leave the door open, it’s unbearable") and with such conviction that telling her would be a form of moral assassination. And as this lyrical fad remains confined to charity galas in the couple’s castle and allows real artists to perform, it doesn’t really lead to anything in the end. But the thought of sponsoring Marguerite attracts opportunists and entices Dadaists ("a real savage in the midst of aristocrats"), which opens the doors of Parisian avant-garde cabarets and pushes her towards organising a real classical recital in a large hall, with a real audience. What follows is singing lessons at home and a game of loaded dice, of social masks in which Marguerite’s irresistible angelic innocence teeters closer and closer to the moment of truth…

Divided into five chapters ("The great Marguerite Dumont", "A new world", "Towards joy", "The voice of her master", "The truth"), the film follows this progression, fluctuating very pleasantly between the ultra-comical ridiculousness of the character and her underlying dramatic emotion, played perfectly by Catherine Frot, whose childish enthusiasm lets her character’s unfathomable lonely intensity shine through. Wrapped in the controlled elegance of the staging, cinematography (Glynn Speeckaert) and costumes, Marguerite is the perfect canvas for an exceptional actress.

Produced by Parisian company Fidélité Films with Belgium and the Czech Republic, Marguerite will be released in French theatres on 16 September by Memento, which is also handling international sales.

"We all need a bit of illusion in our lives" 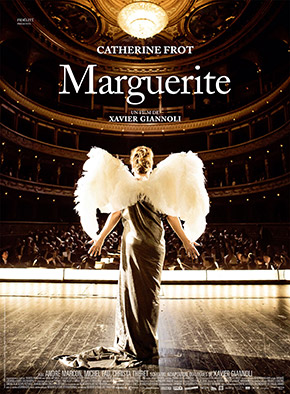 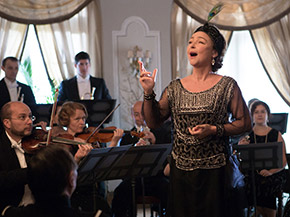 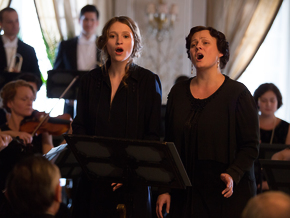 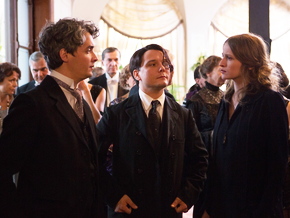 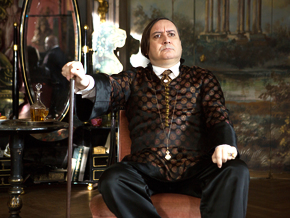 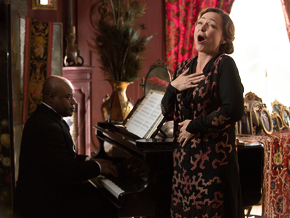 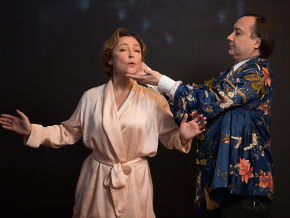 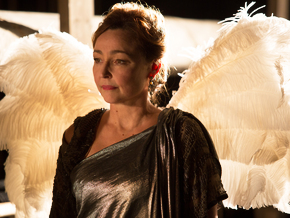 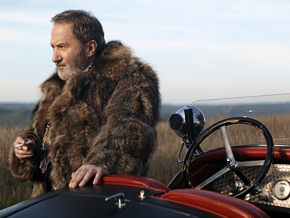 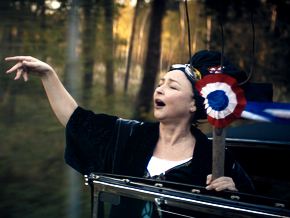 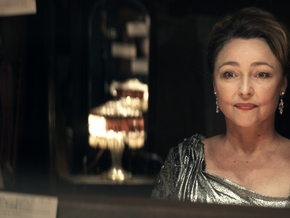 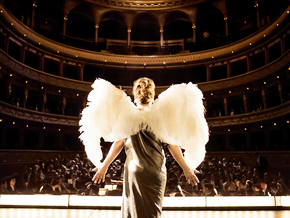