03/09/2015 - VENICE 2015: In the pulsating debut work by Dani de la Torre, the opening film of the Venice Days, Luis Tosar receives a threatening telephone call from an anonymous caller during a wild car race

One morning like any other, Carlos, a bank manager, leaves his house to go to work and offers to take his children to school. But once they're in the car, he discovers that none of them will be able to leave their seat unless he manages to get his hands on a huge sum of money. The ransom in Retribution [+see also:
trailer
interview: Dani de la Torre
film profile] comes via a phonecall. In the debut feature by Spanish director Dani de la Torre, selected as the opening film for Venice Days at the 72nd Venice Film Festival, an anonymous phone call informs the protagonist that he and his children are sitting on a bomb. What follows is a wild race through the streets of the city, in a compelling action-thriller that unfolds mainly in the passenger compartment of a car and over the phone, halfway between Speed and Locke [+see also:
film review
trailer
film profile], rich in explosions, car chases, countdowns and adrenaline, against the backdrop of the Spanish economic crisis and with a pinch of family drama.

“How does it feel to risk losing everything you have: your house, your job, your family?”, asks Carlos' (Luis Tosar) blackmailer. The latter (Javier Gutiérrez) knows what it's like: his life fell apart because of a bad investment, and now he doesn't only want his money back, but is also demanding Carlos' and his wife's (Goya Toledo) savings. Retribution revolves around a burning issue: the economic crisis that devasted Spain and an unscrupulous banking system that sold toxic assets to people frittering away life savings. “For me it was important to tell the story of the people and the damage caused by the crisis,” states the director; “the blackmailer and his prey are victims of the same system.” But the film also offers a show and tension, with all the ingredients of American-style action movies: a frenzied pace, urgent music, flashing long shots, a conflict between the police and the bomb-disposal experts about how to act (on the one hand Fernando Cayo, on the other Elvira Mínguez), a husband and wife on the brink of separation, races to hospital and plot twists.

A Coruña (Galicia), where filming took place, is another of the movie's characters: “I chose it because of its sea, the green landscape, the buildings, its streets big and small, but I tried to make it unwelcoming through photography on the blue and grey tones of the ice, in order to accentuate the sense of distress,” explains Dani de la Torre. The director deserves credit for his ability to direct the three-time Goya Award-winner Luis Tosar (Mondays in the Sun [+see also:
trailer
film profile], Take My Eyes [+see also:
trailer
film profile], Cell 211 [+see also:
film review
trailer
interview: Daniel Monzón
film profile]) and young newcomers Paula del Río and Marco Sanz, while maintaining a high level of emotion and a tension that's constant from beginning to end, something that's not easy for a film set in a car, over the course of three hours and filmed in six weeks.

Retribution is produced by Vaca Films in co-production with Atresmedia Cinema, for a budget of two and a half million euros. International sales are entrusted to Spanish firm Film Factory Entertainment.

El guardián invisible being made into a film

A rendez-vous with independent film in Matera 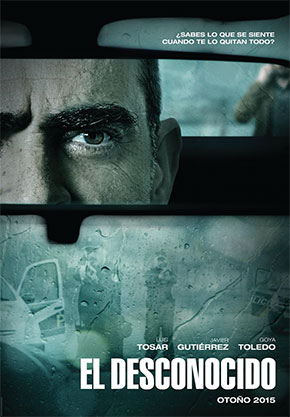 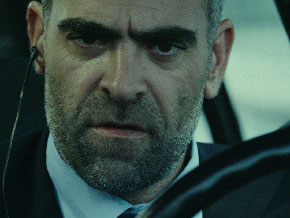 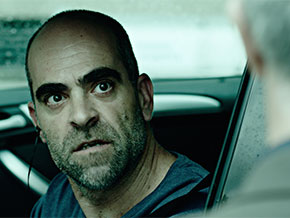 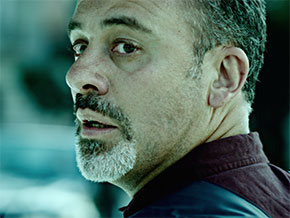 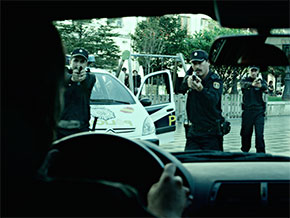