Blanka: “Why don’t chickens fly if they have wings?”

Eleven-year-old Blanka drifts between darkness and light throughout her journey as an orphan in Manila. The clever namesake of director Kohki Hasei’s new feature, Blanka [+see also:
trailer
interview: Kohki Hasei
film profile] - developed and produced at the Biennale College Cinema and one of the three features screened in this parallel section of the Venice Film Festival - she confronts the challenges of street life and of growing up, maintaining her impressive sense of self-worth throughout. Hasei keeps the story grounded in its precarious setting, with characters often forced to choose between the lesser of two evils in order to survive. Still, tenderness and humour continue to rise to the surface, reminding us of the fundamental human desire to belong and to be loved.

After a group of envious street boys destroys her home, Blanka (Cydel Gabutero) approaches Peter (Peter Millari) - an elderly, blind guitarist - about moving elsewhere to perform. They set out on this new path, and despite being taken advantage of along the way, the pair draws attention and praise, leading to exciting new opportunities. In the meantime, the girl has posted signs around town, offering to pay 30,000 pesos to buy a mother after seeing a famous actress discuss adopting street orphans on television. Blanka saves up (and steals) for the purchase without telling Peter, who cares for her like his own child until they are pulled apart. On their journey to be reunited, they are helped by unexpected friends to overcome adversaries along the way.

Though classical in structure and style, the film offers refreshing surprises as it unfolds. It ventures into colourful nooks and crannies, making use of Manila’s many juxtapositions and sensory details. The city changes from day to night, introducing new characters, obstacles and opportunities, which Blanka consistently faces head-on. The film places such a strong emphasis on her uphill battle that at times it seems to border on excess. Yet, simple moments in which she behaves like any other child - mischievous, creative and goofy - keep her engaging and real. Other points lack momentum and digress from the story’s emotional arc; however, in a certain sense, this reflects the characters’ lives more realistically.

Blanka, co-produced by the Italian outfit Dorje Film and Japan, is poignant and refreshing in its portrayal of these characters. It patiently allows them to exude emotional depth without becoming overly sentimental. Instead, they are complex - retaining their flaws and vices while demonstrating admirable virtues and insight towards each other and their surroundings. Ultimately, their mutual acceptance gives the film its resonance, elevating it from a presentation of the characters’ difficult predicament to a lesson on loyalty and perseverance.

Cineuropa met up with Dunja Kusturica, the programmer of the Küstendorf Film & Music Festival, to learn more about the gathering, which held its ninth edition this week

For its 30th edition the Festival will feature, alongside the official selection, a rich series of parallel sections, debates, tributes and a carte blanche dedicated to Geraldine Chaplin

The festival, directed by Emir Kusturica, will bring a diverse selection of films by emerging directors and established filmmakers to the Serbian mountains

VENICE 2015: The festival’s parallel prizes crown Marco Bellocchio’s film, Behemoth, The Wait and The Danish Girl, among others

Blanka: “Why don’t chickens fly if they have wings?”

From 3-16 September, the fourth edition of Sala Web will screen selected titles in parallel with the 72nd Venice Film Festival

Bellocchio, Guadagnino, Caligari and Maresco among the 11 Italians on the Lido 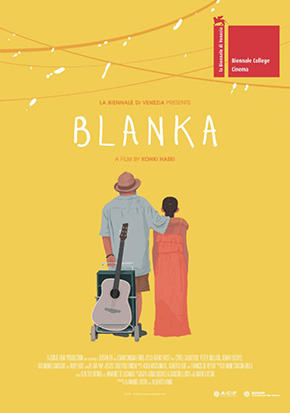 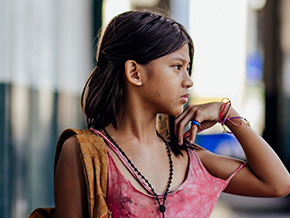 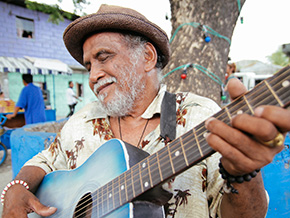 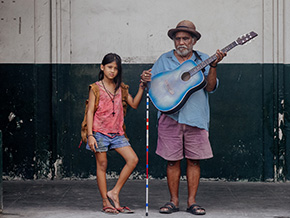 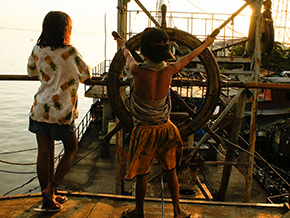