Life before the revolution in As I Open My Eyes

06/09/2015 - VENICE 2015: In the debut work by Leyla Bouzid, highly acclaimed at Venice Days, a young Tunisian singer courageously challenges government censorship, at the dawn of the Arab Spring

Baya Medhaffer and Ghalia Benali in As I Open My Eyes

Farah is a curly-haired 18-year-old who longs to be free. She stays out late at night and drinks beer, she's a rebel, she's daring and explosive. It's the summer of 2010 in Tunisia, a few months before the beginning of the Arab Spring, but As I Open My Eyes [+see also:
trailer
interview: Leyla Bouzid
film profile] by Leyla Bouzid is not about the revolution. The film by the up-and-coming Tunisian director, in competition in Venice Days at the 72nd Venice Film Festival, is the story of the months that immediately preceded it, following the path of a young singer who bravely and a little recklessly challenges government censorship, by bringing her voice and her lyrical allegations to bars and nightclubs frequented by Tunisian young people, and onto the streets.

We appear to really enter those clubs, the atmosphere, gestures and faces that are present within are so real. In the film by Bouzid, Tunisian nightlife is exhilarating: people toast, they sing, dance, then there's a race to the metro and everyone goes home. When Farah (newcomer Baya Medhaffer) returns home, however, she is met by reproaches from her mother Hayet (famous Tunisian singer Ghalia Benali). Farah sings in a local rock band and the police have started to keep an eye on her. The lyrics in her songs deal with the country's problems, lethargy and stolen dreams. Her mother, who was just as much a rebel when young, is well aware of the risks that she runs. But there's no stopping Farah: they take away her microphone and she continues singing, they cancel a concert and she improvises one on the street, her mother grounds her and, after locking her into her room, she goes out all the same. It's easy to imagine Farah, a few months later, protesting in the square against the Ben Ali regime. But the film takes a different course, and we don't know if the young, curly-haired rebel will succeed in pulling out her voice again.

As I Open My Eyes narrates with expressive and political power everyday life at a particular moment in time in the country. “Farah represents the strength of Tunisian young people and of all Arab artists who have to struggle to survive,” states Leyla Bouzid. “The film seeks to go further into about what has been told superficially by the media. Using a personal story, I sought to give an idea of the climate in which the revolution was born.” Would Farah be free to sing today? “There is greater awareness of the importance of freedom of speech today in Tunisia, but they still arrest bloggers and rappers,” explains the director. “You can sing, but you might have problems,” confirms the lead actress. “It's a constant battle, trying to raise the limits ever further. But it can only get better; I'm optimistic." Meanwhile, the film received financing from the Tunisian Ministry for Culture, and that's a good sign.

As part of the IFFR Live! catalogue, As I Open My Eyes is being screened online from 29 January to 14 February here.

more about: As I Open My Eyes

VENICE 2015: The feature debut by Tunisian director Leyla Bouzid, the Franco-Tunisian-Belgian co-production As I Open My Eyes, is in competition in the Venice Days

The firm’s line-up boasts 13 films, including four new, forthcoming titles, plus the Sundance winner Yalda, a Night for Forgiveness and Sow the Wind in the selection

Sami Outalbali and Zbeida Belhajamor star in the second feature from the director of As I Open My Eyes. A Blue Monday production sold by Pyramide

The upcoming films by Nadav Lapid, Leyla Bouzid and Just Philippot will also be co-produced by the French-German channel 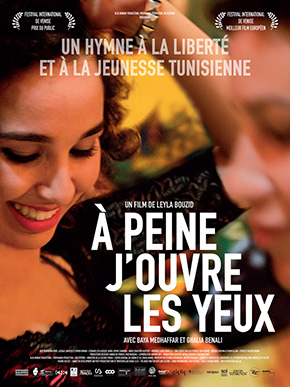 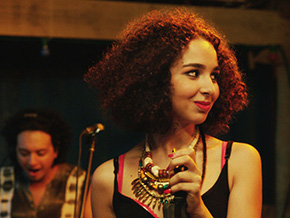 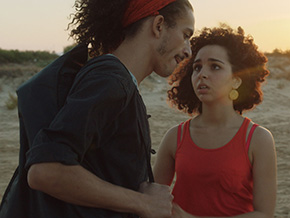 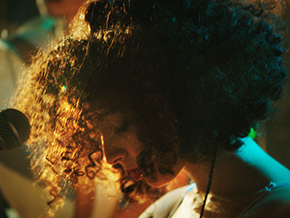