Underground Fragrance: the soil and subsoil in modern-day China

07/09/2015 - VENICE 2015: On the outskirts of the ultra-modern Beijing, debut Chinese director Pengfei leads us into a hidden world underground, where the destinies of three characters meet

Beijing, with its skyscrapers, motorways, billboards and managers in suits and ties: we only see them from afar in Underground Fragrance [+see also:
trailer
interview: Pengfei
film profile], or rather, from below. Indeed, the debut film by Chinese director Pengfei, which features in the official selection of the Venice Days section of the 72nd Venice Film Festival, leads us through the suburbs of the huge city and into a hidden world underneath it, showing us the other side of the ‘Chinese dream’, with its bulldozers, crumbling houses and piles of ruins, following three characters and a new love that is doomed from the start.

The young Yongle (played by Chinese model Luo Wenjie) makes a living salvaging second-hand furniture. He lives in makeshift accommodation in the basement of a building, along with many others who have come to the city from provincial towns to build a future for themselves. When he suffers injury to his eyes, he must find his way, blindfolded, around underground tunnels with the help of just a length of rope, which attracts the attention of his beautiful neighbour Xiao Yun (debut actress Ying Ze). The girl is an unwilling lap dancer who dreams of having a respectable job in an office. She discreetly gets close to Yongle, bringing him food and taking care of him, and a tender relationship blossoms between the two. Meanwhile, in the world above, old Jin (Zhao Fuyu) and his wife (Beijing opera singer Li Xiaohui) dream of having a house on the lake: a property developer is intent on buying the land they currently own in the suburbs and building on it, and with an agreement in sight, Jin gives away all its furniture and possessions, with Yongle’s help. But things don’t go to plan and nobody gets the happy ending they hoped for.

The portrait of a stratified society in the throes of full-blown change, in which those underneath (literally and metaphorically speaking) aspire to reach the surface, Underground Fragrance marries together the subtle representation of a new world and its contradictions (“I’m obsessed with the rapid transformation of my city,” said the director upon returning to Beijing after completing his studies in France) with the all-Asian poetry of newly acknowledged love and the unsaid, in a piece born between two cultures (the film is a Franco-Chinese co-production) which shows us, with humanity and a pinch of humour, what could lie under the surface of a thriving modern capital.

Underground Fragrance was produced by House on Fire and Mishka Productions with the financial backing of, among others, the TorinoFilmLab and the CNC. The film is being sold internationally by French company Urban Distribution International.

VENICE 2017: Chinese director Pengfei is back in Venice's Giornate degli Autori with his sophomore feature, The Taste of Rice Flowers

The autonomous section will be held during the Venice Film Festival from 30 August to 9 September. Directors whose works have been chosen include Shirin Neshat, Vincenzo Marra, and Pen-ek Ratanaruang

The Bratislava International Film Festival has a makeover

The 33rd Turin Festival, directed by Emanuela Martini with guest director Julien Temple, will kick off on 20 November with Suffragette. The new addition to this year’s Festival: Horror Night

Underground Fragrance: the soil and subsoil in modern-day China 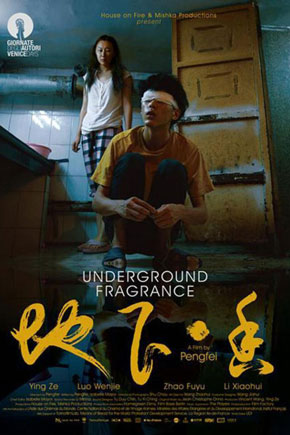 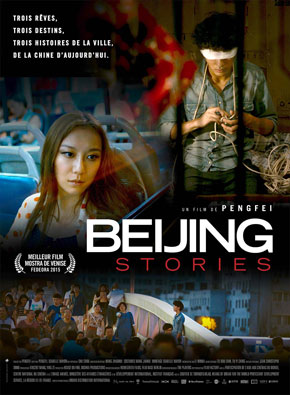 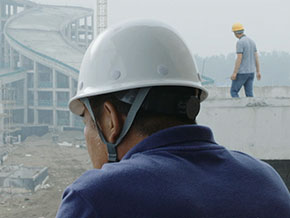