The Clan: An unbelievable truth

08/09/2015 - VENICE 2015: Argentinian director Pablo Trapero is entering a captivating and fast-paced film on the Puccio family in competition at the 72nd Venice Film Festival

In The Clan [+see also:
trailer
film profile], in competition at the 72nd Venice Film Festival, Argentinian director Pablo Trapero recounts the unbelievable story of an entire family responsible for several kidnappings with deadly outcomes in Argentina in the 1980s. The Puccio family succeeds in preserving their image of being just an ordinary family living in San Isidro, a suburb of Buenos Aires, where they run their store – another of their family businesses. Their son Alejandro (Peter Lanzani) is a famous rugby star who plays for Argentina's national team, “Los Pumas”.

These unbelievable events recounted by Trapero are based on the true story of the Puccio clan, headed by the father, Arquímedes (with an intimidatingly chilly performance by Guillermo Francella). The film is set at a time when Argentina was in the final years of a military dictatorship and on the verge of democracy. Starting off with the arrest of the clan, the film looks back on the events, aided by the subtle but spot-on editing techniques. Archive material of the televised final report on the disappeared persons is seen at the beginning of the movie and sets the tone of a country in transition. Led by the successive democratic government under Raúl Alfonsín, a commission was put in place to investigate these crimes committed years previously. This period of conversion lies at the core of the film, which switches between the first kidnappings and the later arrest of the family.

The clan is portrayed as leading two entirely different lives: one as a regular family from next door, juxtaposed with another in which they are gruesome kidnappers and killers. Through the alternate editing of parallel sequences, we see the eldest son, rugby star Alejandro, in an intimate moment with a girl in a parked car, while their love scene is intercut with images showing the violence of one of the kidnappings carried out by the Puccio clan in the cellar of their house in San Isidro. Another remarkable scene, deriving its momentum from the editing by Trapero and Alejandro Carrillo Penovi, is the moment of the first kidnapping of young rugby teammate Ricardo Manoukian.

From that point on, Trapero gives an insight into the family ties, and investigates the responsibilities and knowledge of each of the family members, who are involved to different degrees. After the gathering in the changing room and Alejandro's moment of disbelief and shock, the next cut shows the Puccio family at the dinner table – a regular, everyday scene that is therefore all the more unbelievable, as the viewer is by now aware of what is happening under the surface of this family run entirely by the dominant and forbidding character of the father, Arquímedes.

The Clan was released in Argentina on 13 August, where it opened setting a new box-office record. After Venice, the film will continue its journey to the San Sebastián Film Festival, via Toronto. Trapero both wrote and produced the film, alongside production company El Deseo, run by brothers Agustín and Pedro Almodóvar. The world sales are handled by the Spanish company Film Factory.

more about: The Clan

The opening film of Sitges’ Orbita section, directed by Argentinian helmer Mariano Cohn, proves that cars are indeed killing us

VENICE 2019: The Sky Studios original series created by Stefano Sollima and based upon the homonymous book by Roberto Saviano will debut on Sky and Amazon Prime Video in 2020

The Distinguished Citizen: No one is a prophet in their own land

Embrace of the Serpent sweeps the Platino Awards 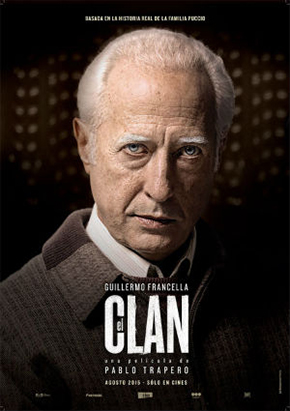 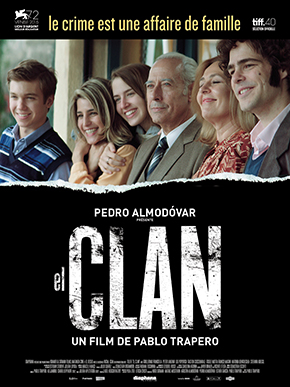 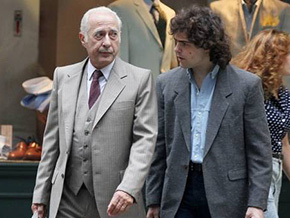 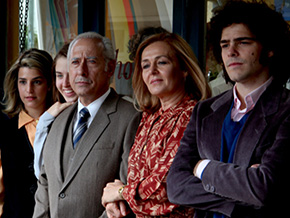 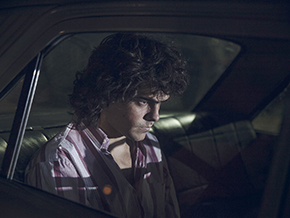 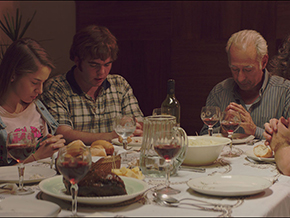