SAN SEBASTIÁN 2015 Out of competition

22/09/2015 - SAN SEBASTIÁN 2015: Álex de la Iglesia brings all sorts together in his twelfth film, which is funny and grotesque and boasts a magnificent cast

Álex de la Iglesia is a man of his word: whilst shooting Mi gran noche [+see also:
trailer
film profile] he threatened that the film would be “a theme park which transports the viewer to a world gone mad, full of monsters and cruel clowns” (see news article). And he has succeeded in doing just that. His arrival at San Sebastián was like the arrival of a circus of Berlanguian inspiration, with media coverage worthy of the star director from Bilbao.

Furthermore, the director of The Last Circus [+see also:
film review
trailer
interview: Álex de la Iglesia
film profile] chose to let go of intensity and reflective subjects to embrace pure entertainment: viewers who see Mi gran noche – which aroused considerable curiosity at this year’s 63rd San Sebastián Film Festival after its triumphant participation in the 40th Toronto Film Festival – will leave the theatre wanting to dance, sing and make love: with an exuberant man with a light-hearted sense of humour, a drug-crazed camera and numerous musical numbers, it is material worthy of a masters student of Valerio Lazarov.

Perhaps there’s not much depth to this audiovisual firework, but who cares what’s going on outside when you’re celebrating the New Year? This film is pure and simple entertainment, even if, incidentally, De la Iglesia incorporated criticisms of the country he loves so much (Spain) into the plot: corrupt managers, violent strikes and shady ambitions fill this lively buffet which is oh so unsuitable for vegans: here the full fat milk, calories and champagne flow in rivers, and are savoured with enthusiasm.

Clearly, we have to talk about Raphael, as his return to the big screen is one of the elements of Álex’s film that most ties it to his debut film, Acción mutante, and to the subsequent Dying of Laughter, which is also about television: the melodic star (re)appears as a character so funny he could be imitating himself, in the role of Alfonso, a domineering, godlike father (of Carlos Areces) who, like a Spanish Liberace, oozes power and glamour. He’s the star of a special New Year television programme which is filmed months in advance, in which he finds himself competing with a young Latino electro singer (Mario Casas) who flashes as soon as the clock strikes midnight: the most covered media moment of the new year.

Back on Earth, the team of ordinary people includes a few well-known extras playing the parts of spectators at the party: Pepón Nieto, Blanca Suárez and Terele Pávez. And among the television fauna, a cesspool run by the spiteful, Carmen Machi, Santiago Segura and Luis Callejo come to blows with one another. Without forgetting the hosts of the show: Hugo Silva and Carolina Bang, who open the film with an energetic musical number. But aside from the other two big “Raphaelesque” songs that lighten the somewhat artificial choral plot is the song Bombero, sung by Casas, a piece by Chayanne recycled by the director and his screenwriter Jorge Guerricaechevarria, who are joined at the hip, that will stay in the viewer’s head for days. Here the Basque director reveals his most insolent side, also shown in his tributes to Cape Fear, Star Wars and Lethal Weapon, which will delight all audiences: Mi gran noche won over Canada and we hope it has the same effect at the box office when it invades Spanish theatres on 23 October.

more about: My Big Night

Alfonso Cuarón’s film has scooped five Ibero-American trophies, while the rest of the statuettes were split between European-Latin American (co-)productions

The Spanish filmmaker will once again be teaming up with three of his pet actors – Penélope Cruz, Julieta Serrano and Antonio Banderas – plus Asier Etxeandía

BERLIN 2017: We interviewed Spanish director Alex de la Iglesia, whose latest film, The Bar, will have its world premiere at the Berlinale

Gerard Depardieu confirms that You Only Live Once

The Bar: The accursed eight 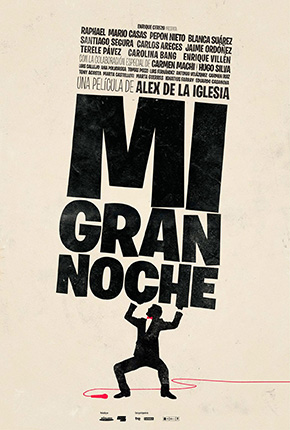 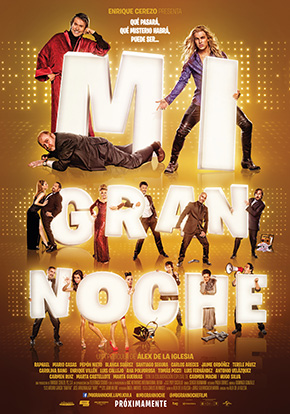 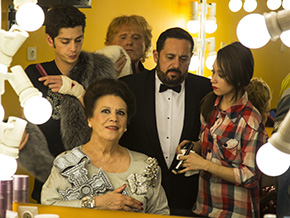 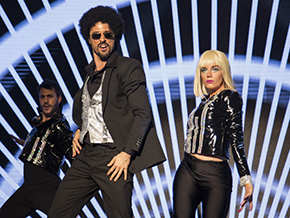 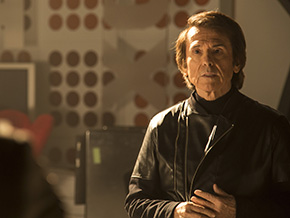 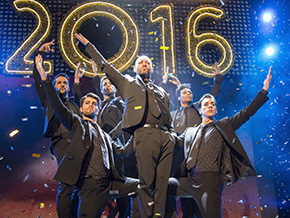